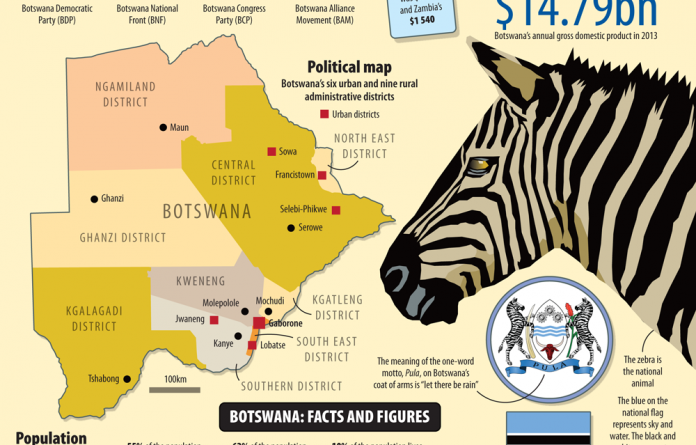 This year’s “Golden Padlock” award for the Southern African country with the most secretive public institutions went to Botswana.

This was after no requests for information from public institutions succeeded in the period from June to August this year, said the Media Institute of Southern Africa, which conducted the survey.

Mohan gave a presentation on freedom of information in Southern Africa at a “No More Walls” conference in Windhoek last week that was attended by delegates from the European Union, the World Bank and the Namibian government, among others.

She said South Africa had lost its status as a beacon of access to information because of “worrying and disturbing” secrecy legislation in the pipeline.

Second-lowest
Mozambique registered the second-lowest score, with just one institution responding to a request for information, followed by Swaziland.

Topping the list of responsive governments was Namibia, with three responses in 14 days to written requests for information sent to nine institutions. Three out of eight institutions in Lesotho responded to requests, but four of them did not have a website.

The survey also examined the websites of public institutions and found that most lacked financial and budgetary information.

The eight state and public institutions surveyed in Botswana used the government’s website instead of having their own. The most secretive institution was the ministry of defence, justice and security.

In terms of legislation to ensure access to information Lesotho has had a Bill in the pipeline since 2000. A proposed Bill in Mozambique also remains on the shelf.

In Namibia a statute has been in limbo for 13 years. The minister of information, Joel Kaapanda, was due to speak at the conference, but he cancelled at the last minute.

Mixed views
The director general of the national planning commission, Tom Alweendo, could not explain the delay beyond saying that some in the government thought it was a good idea to make information freely available, whereas others did not.

Alweendo said the country was about to establish the Namibian Statistics Agency, which would be independent and convey information to the public on a regular basis. “The agency will be accountable to the people. Research should not be dominated by governments,” he said.

Swaziland’s Constitution -protects the right to freedom of information, but the country has no law forcing the state’s disclosure. The survey found that the most secretive government department was the ministry of foreign affairs.