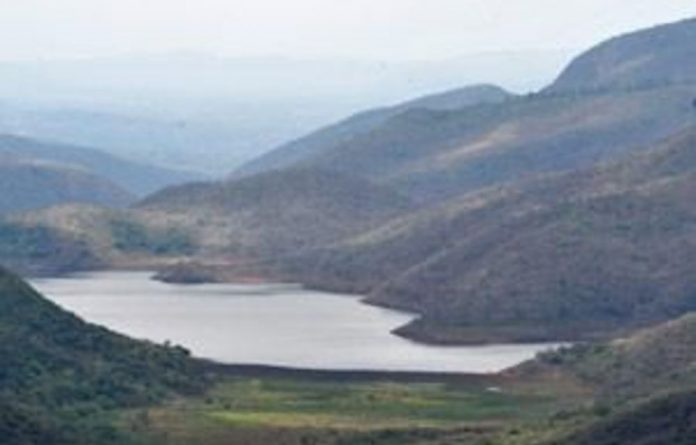 The Venda people have, for generations, protected South Africa’s Lake Fundudzi, a sacred royal burial ground believed to be the home of an albino python and a mermaid-like creature.

Legends of the lake are told in hushed tones by surrounding villagers who want to shield the secrets of their enchanted water from the prying eyes of outsiders.

Now South Africa wants to declare Lake Fundudzi a National Heritage Site but the move to grant it government protection has been met with uncertainty and suspicion.

The lake is hidden among the foothills of the Soutpansberg Mountains, in the northern province of Limpopo, near the Kruger National Park. It’s a symbol of mystic African traditional beliefs that connect the past with the present.

In the early 20th century, Venda chiefs were cremated and their ashes scattered in the lake. An annual ritual is performed to appease their spirits.

Venda tribes have resisted development proposals aimed at attracting tourism around the lake while daring explorers who have attempted to tamper with it tragically lost their lives.

The South African Heritage Resources Agency said it was aware of the emotions and sensitivity around the custodianship of the lake and was consulting with traditional leaders regarding the heritage process.

Surge of tourism
“We expect people to raise objections, or show support. The consultation process will include a wide range of people,” the agency’s spokesperson Portia Varamalamula told Agence France-Presse.

“Nothing will be taken away and the site will enjoy being legally protected from unlawful activities as well as opening doors for tourism developments,” she added.

If successful, the lake will join other prominent sites like Nelson Mandela’s home in Soweto, the Union Buildings in Pretoria which is the seat of government, and Blood River battlefield where a Zulu army defeated the British.

Those places are among South Africa’s most-visited historic sites and the Venda fear a surge of tourism to the lake could destroy what they want to protect.

“I believe having the lake protected by the heritage council will expose it to the world and the country at large,” said Mulalo Nemavhandu, director of Kara Heritage Institute, which researches African traditions.

“Very little information has been documented about the lake. What is known about it is mainly through oral history passed down from generation to generation,” Nemavhandu.

So far the lake has been safeguarded by traditional beliefs and hair-raising legends linked to it. One story holds that a white sheep mysteriously appears on the water and just as suddenly vanishes. Outsiders who have tried to do water sports have all drowned, the villagers say.

‘Disrespectful’
Access to the legendary lake is by an unkempt dirt terrain cutting through villages which becomes dangerously slippery at the first sight of raindrops, a stark testimony to the sorry state of development in the area.

Tourists seeking off the beaten track adventure stand at a hilltop viewing point just to gawk at it down below. Visitors are hardly allowed to get near it.

“Making it a heritage site would be a shot in the arm for local cultural tourism,” said Nemavhandu.

But tourism is what Tshibwana Ramalongo, an elder from Netshiavha clan is opposed to, fearing commercial activity would undermine its historic significance.

“It is a special place where our great kings and royals are buried. Sacred rituals are performed there,” he said gazing at the lake.

“I am not aware of any burial site which has been reduced to a tourist spectacle. They are being disrespectful,” said Ramalongo.

“We want to keep it sacred. It is holy,” he proclaimed. — Sapa-AFP