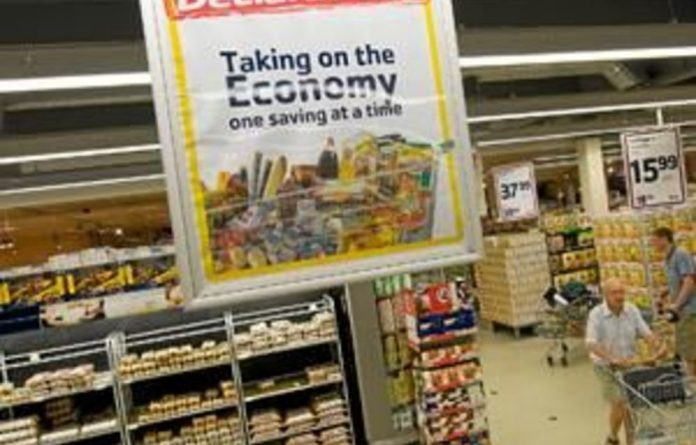 “An implosion in Europe will leave no one unscathed,” she said at the final Monetary Policy Committee meeting (MPC) announcement for 2011 on Thursday.

Marcus’s warning came a day after Moody’s rating agency sounded the alarm about political and economic risk in the country, lowering its outlook on South Africa’s sovereign credit rating. A rating downgrade would raise the country’s cost of borrowing.

Marcus said authorities were carefully watching developments in Europe, aware of the dangers of a disorderly resolution to the crisis and the implications for the global and domestic economy. “We remain ready to act appropriately should the need arise,” she said.

In holding the bank’s repo rate (the rate at which it lends to commercial banks) steady at a 30-year low of 5.5%, Marcus noted: “There has been no meaningful progress in resolving the sovereign debt crisis engulfing the euro area.” She said several developments across the world continued to weigh heavily on the global economic outlook.

The MPC’s decision to hold rates was widely expected by analysts, but came as a disappointment for some who had hoped for one last cut in rates to ease pressure on South African consumers should another recession hit global markets.

Marcus said there had been robust discussion within the committee regarding a rate cut, but the decision to hold it had been unanimous.

Another concern was that inflation would breach its upper target range of 6% by the end of the year, peaking at the end of the 2012 first quarter at around 6.3%. This was largely because of rising food, fuel and electricity costs. Inflation was expected to return within the target band by the end of 2012.

The rand was also a victim of global uncertainty. The MPC noted that the exchange rate continued to be subject to changes in risk aversion in global financial markets and had depreciated 18.6% since the beginning of 2011.

“Although the rand tends to be more volatile than its emerging market peers, the movement of the currency has been in line with other emerging market and commodity-linked currencies,” said Marcus.

Moderate rand appreciation is expected during the course of next year, however, but this will depend largely on global developments.

Slower domestic growth was also experienced this quarter and the bank has revised its forecast downwards. Real GDP growth is expected to average 3% instead of 3.2%.

“The downward revision is the result of the revised assumptions primarily of international commodity price and global growth,” Marcus said.

In spite of disappointing growth the MPC noted that the number of people employed increased by 195 000 in the third quarter of 2011. But it said prospects for further job creation were uncertain, given the slowing growth of the economy and fragile global conditions.