Godsell: Don’t worry about mine nationalisation 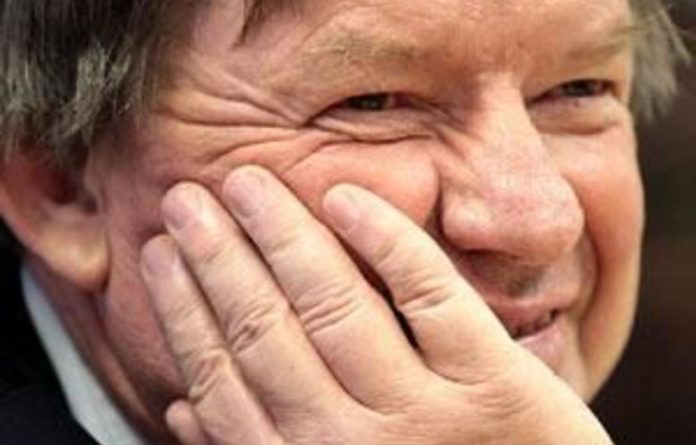 Speaking after an event organised by the Canada-South Africa Chamber of Business on Friday, former mining executive Bobby Godsell said the odds of the mines being nationalised were as remote as those of the Tea Party in the United States being able to abolish the US Federal Reserve.

“The youth league of the ANC has developed some unrealistic and unimplementable answers to some absolutely vital questions,” said Godsell, the former chief executive of AngloGold Ashanti and a key member of the national planning commission.

The ANC on Thursday suspended Malema, one of the leading proponents of the mine nationalisation idea, for five years after accusing him of causing a rift within the ruling party.

“The centre of gravity in the ANC is not there … To do it with compensation, you’d be talking about trillions of dollars, which the South African government doesn’t have,” said Godsell.

“And to do it without compensation, you need to amend our Bill of Rights, for which you need a 75% majority in the South African Parliament and I can see absolutely no chance of that majority being achieved.”

Investors rattled
South Africa is one of the world’s top platinum and gold producers and Malema’s calls for nationalisation to reduce poverty and inequality, have rattled investors both within and outside Africa’s largest economy.

Godsell said the extent of poverty, unemployment and inequality in South Africa is unconscionable but the answers being put forward by Malema and his supporters were untenable.

“It is not possible to build a properly cohesive society with these levels of economic exclusion, so that something needs to be done, to me, is absolutely clear,” said Godsell, who nonetheless remains optimistic about the growth prospects of both South Africa and the whole continent.

Godsell noted that for the last decade and a half, Africa has recorded the highest continental growth rate in the world, admittedly from a low base. This should only improve, helped by mining, infrastructure spending and investment in a still small energy sector.

“The burgeoning middle class in Africa is also going to be an important driver of demand. Investment follows demand — it seldom anticipates it.”

Highlighting details from a report to be released by South Africa’s planning commission on Friday, Godsell said the country is taking the necessary actions to curb rampant unemployment.

“In the long term, what South Africa needs over the next 20 years is growth at about 5% and it could then reduce its unemployment rate from about 25% now to 6% by 2030,” he said. — Reuters