Refugees still fear for their lives 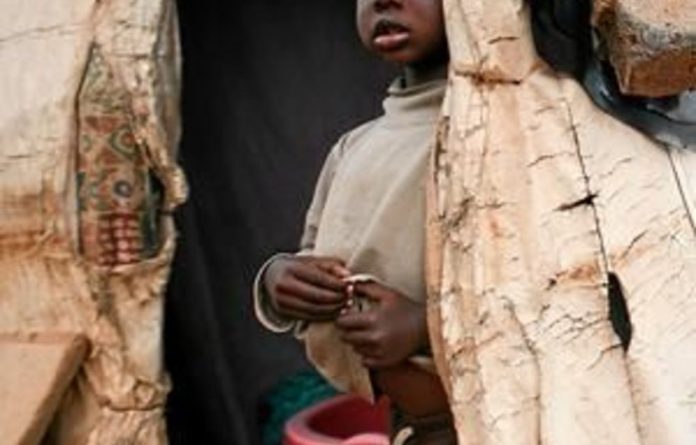 Nearly three years after the xenophobic violence in South African townships, some foreigners are still living in what was meant to be temporary shelters because they are afraid of going back to their former communities.

Two groups of refugees — one near the De Deur police station in Orange Farm, south of Johannesburg, and the other at the Rural Institute for Education and Training (Riet) family guidance centre in Randfontein — seem to have slipped through the cracks. The Gauteng department of social development said all camps it was responsible for had been closed down.

Spokesperson for the United Nations High Commissioner for Refugees (UNHCR) Alphonse Munyaneza said this week that it would help to “reintegrate” them back into communities.

The groups were initially housed at a camp in Akasia, Pretoria, and 10 months later (in 2009) were moved to the shelters in Orange Farm and Randfontein, which were paid for by the UNHCR for two months until the refugees could find alternative accommodation.

Speaking to the Mail & Guardian outside the Riet centre, a large, well-kept building with tight security, Abdul Ahli from Somalia said he feared for his life if he returned to the townships.

Ahli owned a spaza shop in Diepsloot, north of Johannesburg, before the xenophobic attacks broke out. He escaped but said: “Look here, they burnt my leg,” pointing to a dark scar on his left foot.

Ahli is one of 61 refugees still living at the centre. Normally, the centre houses abused women and children.

Ivan Kortje, the centre’s manager, tried to have them evicted but the group obtained a court order prohibiting him from carrying this out. He said this week that the centre was now overcrowded and he had to pay high water and electricity bills. “I will never help xenophobia victims again,” he said. Kortje’s attorney, Tashya Giyapersad, said: “They are claiming to be refugees but they are not. They are moving in and out freely and some of them are earning money. These people are not disenfranchised”.

Surrounding settlements
The group in Orange Farm were told to move out of a house after the UNHCR contract lapsed. Now they are living in the veld next to the house. They built makeshift shacks out of blankets, old carpets, wood and plastic. Wires attached to rocks and bricks hold the roofs in place. The refugees have also planted a small vegetable garden where they grow spinach. “We try to plant something but it’s difficult because sometimes we can’t get water,” said Joachim Samuel from Burundi.

They cook over open fires but complain that the smoke gets into their clean washing hanging close by. The refugees’ daily routine includes looking for piece jobs on farms and in the surrounding settlements. Their children are not attending school and spend their days at the shacks.

The house they used to occupy is now vacant but the owner sometimes pays one of the refugees to keep the garden tidy. Their only source of clean water is from a tap in the house’s garden.

“I don’t know what the solution to our problem is. You can go and ask the UNHCR. They want us to move back to the communities but what is going to happen when the attacks start again? Where are we going to run to?” asked Samuel.

Munyaneza said the UNHCR wanted all the displaced people to return to their communities.

“We cannot say that all of South Africa is not safe. There are some places which are safe,” he said. He added that the UNHCR was willing “to pay two or three months’ rent” should the refugees move back to the communities. “If they need to take [their] kids to school, we will help.”

The UNHCR initially offered the refugees R6 000 a family and R3 000 for individuals to find a new place to stay but that offer has since expired.

At the Riet centre, most of the residents who spoke to the M&G said they were too scared to stay in South Africa and would rather be repatriated. Ahli said he had asked the UNHCR to be repatriated but had been told it was too dangerous in Somalia at the moment.

Maria Mwela, a mother of a 14-year-old, said the money they were offered to move to communities was too little to start a new life.

Gauteng social development spokesperson Simon Zwane said that all refugee camps he knew of had been closed down and the occupants reintegrated into communities.

He referred all queries about people at the Akasia Camp to the Tshwane municipality. William Baloyi, spokesperson for community safety in Tshwane said, the municipality’s role was to provide logistics when the refugees were being moved. “What happened from then was out of our bounds,” he said.

Despite sharing a room with 12 people and sleeping on the floor, often with an empty stomach, Ahli said it was still better to be at the centre because at least his security was guaranteed.

Giving the sidelined a voice