‘Thrill kill’ head of rogue US soldiers jailed for life 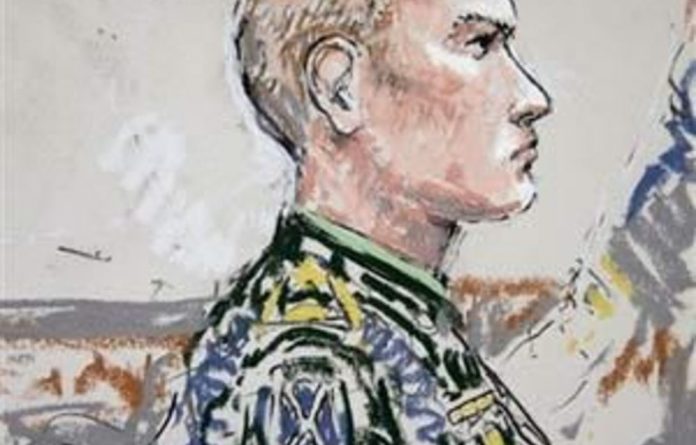 The ringleader of a rogue US army unit responsible for “thrill kills” of Afghan civilians was sentenced to life behind bars on Thursday.

But a five-person military panel said Staff Sergeant Calvin Gibbs — who was found guilty at the end of a week-long court martial — would be eligible for parole after serving at least 10 years.

Gibbs was found guilty of 15 counts in all, including three charges of premeditated murder for his role in three so-called “thrill kills” in southern Afghanistan between January and May last year.

The prosecution portrayed Gibbs as the ringleader of the rogue unit which also harvested body parts from the victims as grisly war trophies.

Three members of the unit have already pleaded guilty in a scandal that has threatened embarrassment for the US military on the scale of the Abu Ghraib prison abuse in Iraq disclosed in 2004.

Each of the convictions for murder carried a minimum sentence of life in prison but his defence team successfully managed to avoid life without the possibility of parole.

The prosecution pushed for life without parole in its final statement before sentencing by repeating a word Gibbs had used to describe the Afghan civilians.

For the defence, attorney Phil Stackhouse gave a statement on behalf of Gibbs, asking that the jury keep in mind Gibbs’ wife Chelsy and his young son Calvin Jr. when deliberating a sentence.

“Life in prison doesn’t mean that he’ll never get out of prison,” Stackhouse said, mentioning that at least 10 years must pass before Gibbs could be eligible for parole. Gibbs receives credit for 547 days of time served. — AFP