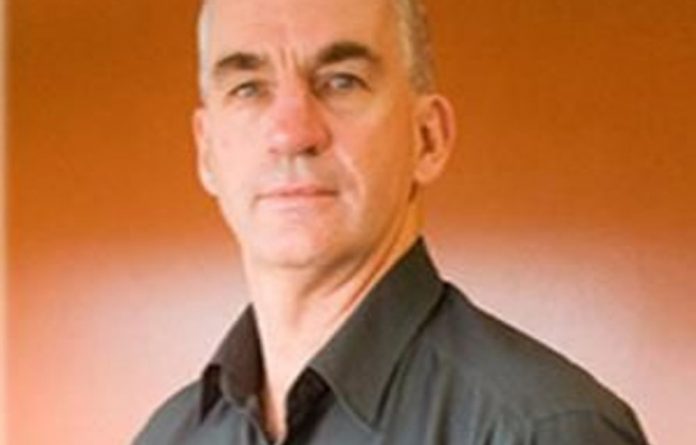 Renowned cricket writer Peter Roebuck plunged to his death from a hotel window in South Africa after being questioned by police about an alleged sexual assault, his employer said on Monday.

The English-born 55-year-old, a former first-class cricketer, was covering the ongoing Test series between South Africa and Australia when he died on Saturday night.

The South African Police Service confirmed he committed suicide and the Australian newspaper group he worked for, Fairfax Media, said he fell to his death from the Southern Sun Hotel in Cape Town.

Roebuck had written about cricket for the Sydney Morning Herald and the Age in Melbourne since 1984, and the newspapers said his death followed questioning by police from the sexual crimes unit about an alleged sexual assault.

They provided no further details although the Australian said the allegations involved an incident last week.

Fairfax said Roebuck was agitated and asked a fellow cricket journalist for help.

“Can you come down to my room quickly? I’ve got a problem,” he said and asked for help to find a lawyer.

Minutes later Roebuck, regarded by many as the finest cricket writer of his generation, fell to his death from a window. The Australian said he landed on an awning above the hotel foyer.

Fairfax said it was believed a uniformed police officer was in the room at the time. Police said an inquest had been opened but would not comment further.

The loss of a friend
Roebuck studied law at Cambridge and played 335 first-class matches before becoming an Australian citizen and making a career out of writing about the sport, quickly establishing an avid following with his forthright, intelligent prose.

He also regularly commentated for the Australian Broadcasting Corporation.

“It is with great shock that we have learnt today that Peter Roebuck has died in Newlands, South Africa,” Fairfax chief Greg Hywood said in a statement.

“Peter was not only an extremely gifted cricket writer for the Sydney Morning Herald and the Age, he was also one of Australia’s most popular cricket commentators for the ABC,” he added.

“In recent years he built a reputation as one of the best columnists on the sport.”

Gerald Majola, the chief executive of Cricket South Africa (CSA), said in a statement that South African cricket had lost a good friend.

“He was a fierce critic of South African cricket in the unhappy days of the rebel tours, but he made a personal tour of South Africa after the completion of the unity process and the establishment of the United Cricket Board of South Africa.”

“He had a tremendous passion for the emergence of a Proteas team that would accurately reflect the demographics of our country and be truly representative of all South Africans,” Majola said.

“In that way he shared CSA’s vision for cricket in this country.”

Fearless
Former Australia captain Steve Waugh, who played alongside Roebuck at Somerset, led tributes to him.

“He was never afraid to tackle the big issues in world cricket and would often be a lone voice if he believed strongly in the cause,” Waugh told Fairfax media.

“As a captain I would always be keen to read Peter’s take on the previous day’s play.”

Mark Taylor, whom Waugh succeeded as captain of Australia in 1999, said Roebuck’s opinion was greatly respected as it was based on so much experience.

“Not every player, me included, agreed with what he said all the time. We did know it wasn’t based on a whim, it was based on a lot of experience,” he said.

“Something like 250 kids in cricket-playing countries around the world, underprivileged kids, are being educated through the LBW Trust, and that was from his vision,” Chappell told the Herald.

‘Familiar face’
Cricket Australia chief James Sutherland expressed shock at the death of Roebuck, a “familiar face” to the Australian cricket team, who had been with the players “only hours before his sudden death”.

“He spoke his mind frankly and while one didn’t necessarily always have to agree, you always respected what he had to say,” he added.

“He was an integral part of the Grandstand commentary team, apart from being a magnificent print journalist,” Norenbergs said.

“For us he could describe a game of cricket in such a way that even if you didn’t like the game, you liked the way that he went about his business.”

Roebuck, a Wisden Cricketer of the Year in 1988, captained English county side Somerset in the 1980s and was not afraid of taking brave decisions as when he decided Somerset’s two West Indies icons Viv Richards and Joel Garner should not have their contracts renewed.

In came Kiwi Martin Crowe and a very young Steve Waugh, but England star all-rounder Ian Botham did not approve and he left for Worcestershire.

Roebuck was never far from controversy on and off the pitch and in 2001 received a suspended prison sentence in England for common assault for caning three South African teenage cricketers who had stayed with him in 1999.

Roebuck had caned them on their buttocks — he said he had warned them he would resort to corporal punishment — when they failed to meet his exacting standards during coaching sessions.

“Obviously I misjudged the mood and that was my mistake and my responsibility and I accept that,” he said at the time.

Roebuck’s father said his son was seen as “odd” in orthodox spheres, “whereas he is merely obscure and oblique”.

“He is an unconventional loner with an independent outlook on life, an irreverent sense of humour and sometimes a withering tongue,” the elder Roebuck said in his son’s 2005 autobiography Sometimes I Forgot to Laugh. — AFP, Sapa