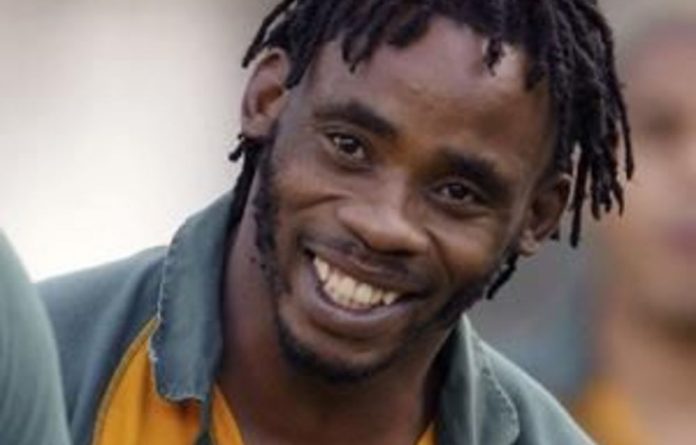 Solly Tyibilika, the first black rugby player to score a Test try for the Springboks, has been shot dead in a Cape Town tavern.

“Two patrons were wounded and one of them, in his early 30s, died on the scene,” he said. The perpetrators were being sought.

The 32-year-old flanker was born in Port Elizabeth in the Eastern Cape and scored a try in his Test debut in 2004 against Scotland in Edinburgh.

“Solly was a trailblazer among black African Springboks and to lose him so suddenly and in this brutal manner is very distressing,” Hoskins said in a statement.

“His emergence was a demonstration of what can be achieved when talent is combined with opportunity in what is always a very competitive position in Springbok rugby. I remember a very talented player and an immensely likable young man who rose far and fast to become a Springbok early in his career.”

A hard-running loose-forward with tremendous stamina, Tyibilika played in eight Tests and scored three tries, the last against New Zealand in Pretoria in 2006.

After playing 16 Super Rugby matches for the Sharks, Tyibilika moved to the Lions in 2007 but never settled in Johannesburg and returned to his native Eastern Cape, playing for Border between 2008 and 2010.

He made 158 first-class appearances, scoring 24 tries for Griqualand West, the Sharks, Lions and Border.

Tyibilika was also part of the Southern Kings team that played against the British and Irish Lions in 2009.

“It’s a sad loss, such a great asset and talent. He grew up in front of us. The way he died is very sad indeed,” former Springbok manager Zola Yeye told Eyewitness News on Sunday. “My deepest condolences to his family.” — Sapa, Reuters