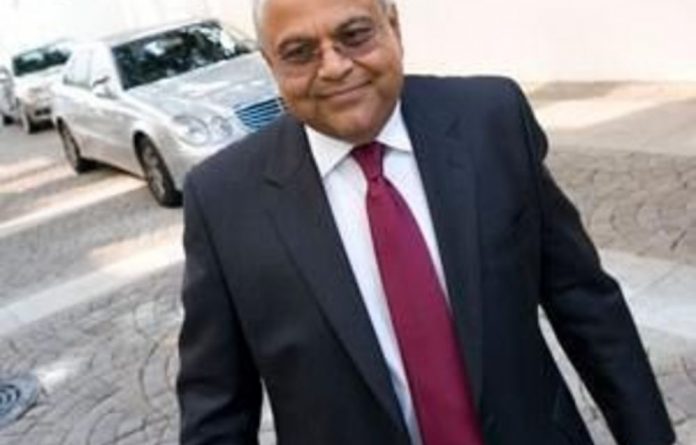 There will be more certainty about foreign direct investment in South Africa within the next year, Finance Minister Pravin Gordhan said on Monday.

“Within the next year we’ll have a very clear legal framework within which FDI [foreign direct investment] can operate,” the minister told Business Unity South Africa’s (Busa) annual general meeting in Johannesburg.

This would “give foreign investors a clear and consistent picture within which to work”.

Gordhan made his comment in light of confusion created by the government’s response to US giant Walmart’s R16.5-billion acquisition of a controlling stake in local retailer Massmart.

Although he did not want to comment specifically on the Walmart matter, which is before Competition Appeal Court, he said some of the issues raised by the deal were correct.

Strategic interests
These included the government’s wish to promote procurement and small businesses, and to prevent job losses.

National Treasury had released a discussion document on guidelines for FDI titled “A review framework for cross-border direct investment into South Africa”.

Within the next year to 18 months, a clear policy document on FDI would be available.

This would “clearly identify what we see as strategic industries where particular rules apply” and other industries in which government had no strategic interests.

In those areas where the government had strategic interests there would be clear rules for investors, he said.

The Competition Appeal Court is considering whether to impose more stringent conditions on the Walmart-Massmart transaction after an appeal by the departments of economic development, trade and industry and agriculture, forestry, and fisheries.

The SA Commercial, Catering, and Allied Workers’ Union filed a separate appeal against the approval of the takeover of Massmart on the grounds that the Competition Tribunal had failed to take adequate consideration of the public interest.

The tribunal approved the deal in May subject to certain conditions.

Gordhan also mentioned that a key problem for business is finding a way to speak with one voice.

‘Synchronisation’
“There are many diverse voices within businesses … one of the key challenges you have is … to bring these voices into some kind of synchronisation,” he said.

The BMF said Busa’s structure was fundamentally flawed, with the voice of black business “permanently outnumbered and suppressed”.

On Monday, Gordhan said business was a key player in the economy and in deciding South Africa’s growth path and he called for “better synergies between business and government”.

He called on business to reconsider remuneration in light of the huge inequalities in society.

“There is not enough coming from business that indicates sufficient recognition on your side that huge bonuses to managers is going to have a damaging effect.” — Sapa