NPC: Planning for an unclear future 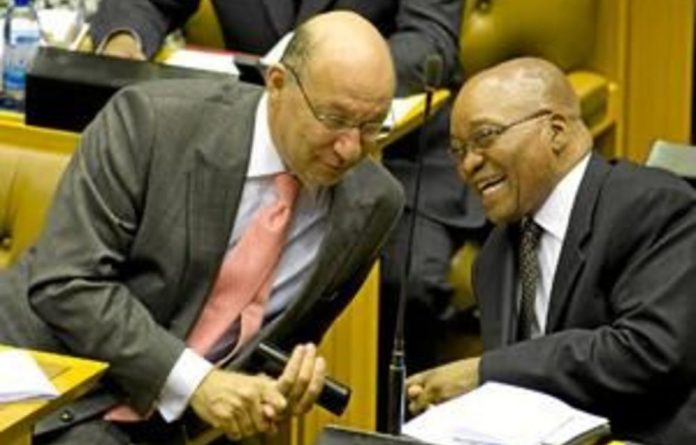 This is self-evidently a watershed period not just for Europe but also for global affairs. To appreciate the depth of the crisis, and its scale and urgency, is one thing; to understand and identify its implications for the future quite another.

Remember how in 1933 countries began to leave the gold standard? First one, then another. If only there were other, less bleak examples from history to draw on. The earlier you withdrew from the gold standard, the better; the later, the worse — by which time economic nationalism had replaced international economic co-operation and, inevitably, war soon followed, with Herr Hitler at its helm.

The past remains the best predictor of the future, so it is hard to escape a sense of overwhelming foreboding about the current trajectory of events. More sanguine observers retort: War with whom and between whom? The inherent unsustainability of a planet with seven billion on it, rising to nine billion by 2050, with the current high-energy-high-consumption approach to economic growth is obvious.

Something has to give, if not between nations then between peoples, as the poor fight for scarce resources. Already there is a steady flow of “climate refugees”.

Meanwhile, Europe is in the process of proving its doomsayers right. First the United States, and now the East, has eclipsed European power, they say. Yet Europe remains a place of great intellectual and cultural as well as trading influence. What is at stake is its political relevance, authority and, ultimately, power.

The project of European co-operation was, and remains, a noble one of great vision and civilisation. Even now, in its darkest hour, it should not be seen as a failure. It should be seen for what it was: an ambitious attempt to build a resilient model of multilateral governance that could overcome nationalistic rivalries.

With hindsight it is easy to see now the expansionist project went too far: the politics outstripped the economics. Initially, bringing together a group of roughly equal-sized economies made sense. During this stage, a full fiscal union was politically impossible but also unnecessary.

But with each addition to the club, the parity between the various economies declined, and thereby the plausibility of the project was increasingly strained. Greece, it turns out, was one such stretch too far.

Add to that the contagion of a sovereign-debt crisis driven by the global financial crisis of 2007-2008, and former G7 economies such as Italy’s are dragged into the mire, and the whole global economy is imperilled.

Allocation of resources
It is a failure of politics — the process by which decisions are taken about the allocation of resources, to use my favourite definition (the British political scientist Adrian Leftwich’s). It is not a failure of economics, because the political process has failed to remain in control of the main levers of the economy — most obviously the banking sector — leading to runaway greed and unsustainable inequality.

The lesson for Africa is clear: economic integration is essential to increase trading and sustainable “joined-up” regional solutions to issues as diverse as climate change and immigration, but without fiscal union, and strong regional political leadership and governance, it could easily end in tears.

Here at home, South Africa’s First National Plan is about to be released. Aptly enough, given the solemnity of the sustainability challenge, Trevor Manuel and the National Planning Commission (NPC) have chosen the 11th hour of the 11th day of the 11th month of 2011 to unveil the plan.

It sounds a bit silly to say it like this, but what has been going on until now? Have we been governed without a plan? More recently, perhaps, but the Thabo Mbeki administrations had more plans than Sir Norman Foster. At one point, famously, Mbeki announced that ultimate strategic oxymoron — a plan with “23 apex priorities”.

No, the point of the First National Plan is that it will be far-sighted. It will look ahead to 2030 and, having already diagnosed earlier this year what is wrong, it will prescribe the medicine needed to get there.

What sort of doctor will Manuel be? A pretty grumpy one, you could be forgiven for thinking, given the dark frown and tetchy rejoinders that have been the defining features of many of his public appearances over the past two years.

The received wisdom is that his bad humour is primarily the result of being “marginalised” in government. I am not sure it is quite as simple as that. For sure, his political heft and “stock value” have fallen since he ceased to be minister of finance, as it was bound to: the treasury is a government within a government; national planning is a new ministry, albeit one based in the Presidency. The problem is that President Jacob Zuma hasn’t gone out of his way to back Manuel in any or many of his various political tussles because, alas, there is more political capital to be made out of backing Manuel’s arch-enemies on both the right and left.

So it is with bated breath that one anticipates the publication of the plan today. How will one assess its quality and what should we be looking for? First, by looking for guts as well as innovation in the thinking. Has it truly grappled with the country’s minerals and energy complex? Has it laid out a viable path for the transformation of the economy away from one that is heavily dependent on “dirty coal” to one that is less dependent but even better positioned to be both competitive and capable of creating and sustaining jobs?

I am biased, because of my interests, but, second, the need to present a clear plan for the governance of the future is essential to its overall credibility. (I should also disclose that I was commissioned by the NPC to provide, at the last moment, some ideas on the subject of governance).

Too many bright ideas and neat little faddish policies have been tapped out on the laptops of some clever consultant over the past 15 years without due attention to the need for proper governance — that is to say a way of ensuring that the institutional capacity of the country is up to the task and that the best-laid plans will not, for example, be waylaid by corruption or bureaucratic waste or inertia.

I understand, encouragingly, that the area of the report that the NPC feels most pleased about is a set of distinctive ideas about state capability; new ideas being desperately needed, this is definitely something to look out for.

We will see. Perhaps the biggest challenge for Manuel and his merry band of 20-odd commissioners has been around tone and positioning. It must have been quite a dilemma: to choose between something measured, carefully tuned and dull but doable, as opposed to taking the noble road of high ambition and, for Manuel, to go out with a big-picture, legacy-forging, grand-narrative plan, but risk that it be skewered on the sword of political expediency and implausibility, that it would not get the political traction it will need.

My bet is on the former, encouraged by one source who tells me that on a scale of one to 10, where one is timid and pragmatic and 10 big, bold and brave, they have gone for “4.5 to 5, maybe 6”. However enervated he plainly is about so many of the things that are going on around him, and however tempted he must be to just walk away, leaving behind a bold, high-minded “take it or leave it” plan, in the end Manuel’s devotion to public service is so intense that he will have wanted a plan that is more likely to be put into practice than ignored.

And at a time when the government appears to be in power but not in office — to invert the traditional political idiom — a dose of pragmatic sanity from the NPC, provided that it is accompanied by a clear-sighted vision for the future, may be just what the doctor ordered.

It may or may not deserve our support. But it must certainly get our full attention; a national conversation about how to build a just and sustainable democratic society is urgently needed.