Man with a plan: Trevor Manuel’s new deal for SA 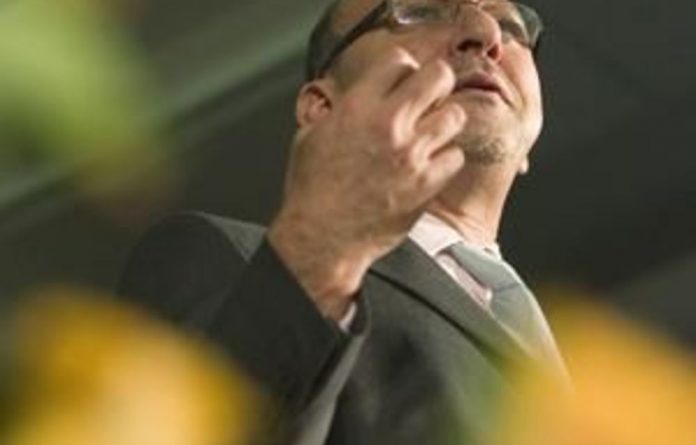 The national development plan (NDP) plots a course of action for South Africa until 2030 which not only encompasses economic factors, but broader societal and governmental issues, according to the chairperson of national planning commission, Minister in the Presidency Trevor Manuel.

“Attached to this plan is a vision of what we can become, what we are capable of. If we continue as we have been for the past 17 years, we are saying government delivers, people wait and when they get impatient they toyi-toyi — this must change,” Manuel told a Gordon Institute of Business Science (GIBS) gathering in Johannesburg on Monday evening.

The national planning commission (NPC), which is chaired by Manuel, handed over a 430-page draft document to President Jacob Zuma on Friday that aims to rectify the many challenges facing South Africa.

What it means
Chief among the proposals in the plan is the target of completely eradicating poverty and moving the reducing South Africa’s Gini coefficient inequality rating from 0.7 in 2009 to 0.6 in 2030.

The NDP has identified growth investment and employment as being the key ingredients to the plan’s success, along with public private partnerships, good governance and involvement from all sectors of society.

“The country we seek to build by 2030 is just, fair and equitable. Most of all, it is a country that each and every South African can proudly call home,” the NDP states.

In his address on Monday evening, Manuel made special mention of the critical need to tackle unemployment and improve education in order to achieve the goals of the NDP.

“Reducing poverty through tackling unemployment along with dealing with poor education are the most important of the 2030 proposal. It is a fact that 87% of South Africa’s schools are dysfunctional and we need a new approach as quality education leads to gainful employment. In South Africa we are not going to have a massive group of young people that will sit around unemployed. They won’t accept it, and we must not either,” Manuel said.

Pragmatic and inclusive
Initial reaction to the NDP has been positive.

“I think this is a very exciting approach to address the problem of growth, development and poverty that proposes to include everyone in the economy,” said Professor Steven Friedman, director of the Centre for the Study of Democracy at the University of Johannesburg.

“On the face of it, the latest plan is the best government initiative of late. It tries to address where come from and where we are headed in a pragmatic manner. But will this be torpedoed by the ideologues in government and the alliance,” said Chris Hart, chief economist at Investment Solutions.

Parallel projects
Questions have been raised as to how the NDP will operate alongside other government initiatives such as the new growth plan (NGP), which was unveiled in 2010 by Economic Development Minister Ebrahim Patel.

While the NDP advocates a broadening of partnerships between government and the private sector, the NGP plots a course for economic growth whereby government plays a more dominant role in the economy.

“In essence Patel’s plan centres economic interests and growth upon the state whereas the new plan is proposing a plan for partnership and collaboration with the private sector. If the government is serious about changing our trajectory, they need to choose one or the other,” Hart noted.

But the two needn’t be mutually exclusive, said Friedman.

“There are differences in approach to some extent but I don’t think this is a case of either or for government. There are elements in both plans which are consistent enough with each other that doesn’t necessitate a choice between the one or the other,” he said.

Friedman added that the NDP is not solely about economic issues but rather about an inclusive approach on a range of issues affecting South Africa.

“What is crucial to this proposal is the understanding that for us to achieve the goals set out in this plan doesn’t have anything to do with economic policy but rather with how we are governed and how our society operates — which I think is spot on,” Friedman added.

Mac Maharaj, President Jacob Zuma’s spokesperson, would not comment on the specifics of the NDP or on the possibility of the plan conflicting with other government initiatives.

“It’s premature for any statement at this stage as the NDP has just been handed to the president and it is in its final stages within the planning commission, so we cannot comment at this stage how we would synchronise it with the NGP or any other government program,” said Maharaj.