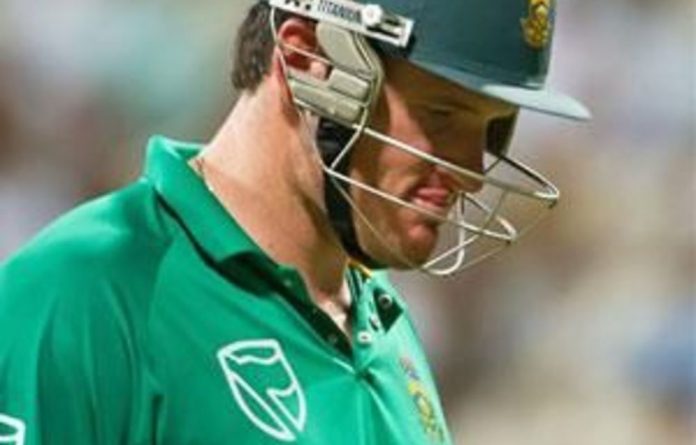 South Africa captain Graeme Smith said he was disappointed that the International Cricket Council (ICC) had decided to postpone a world Test championship until 2017.

“It’s disappointing. The ICC obviously has their reasons but my opinion is that the right decision has not been made for cricket,” Smith told a news conference on Wednesday, on the eve of South Africa’s second Test against Australia.

“As cricketers, we want to see the ICC make decisions that are the best for the game and I’m not sure that’s happened now. Waiting another five years, you can skip a whole generation in that time,” Smith, the longest-serving current Test captain, said.

ICC chief executive Haroon Lorgat announced in Dubai on Monday that the Test tournament between the four top teams on the ICC rankings would not begin until 2017 because of other commitments on the calendar.

Australia captain Michael Clarke said he would have loved to have played in a world Test championship.

“If it works out, it will be fantastic, but by that stage I’ll probably be watching on the couch,” he told Wednesday’s news conference.

“It sounds like a great event. I remember when Australia played the Rest of the World back in 2005/6, it was a fantastic experience. There’s no better way to Test yourself than against the best players from around the world.

“The idea certainly has merit, they’ve just got to fit it into the calendar,” Clarke said. — Reuters

Instead of chokers, the team are being tagged as dark horses at this year’s Cricket World Cup
Read more
Sport