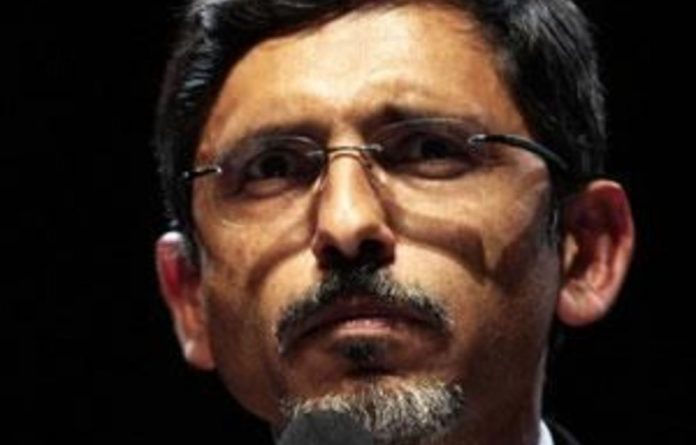 State and civil organisations have signed off on a new plan to drive development in the green economy but activists remain sceptical about the state’s ability to deliver.

On Thursday, Economic Development Minister Ebrabim Patel revealed the details of a new green economic accord which aims to create 300 000 jobs in the next 10 years through investment in the green economy. Cabinet members and representatives from the business sector, trade unions and civil organisations signed the accord in Cape Town.

“The green economy can create a large number of jobs, provide a spur for industrialisation and help to create a sustainable future for this and the next generations,” Patel said. He said the accord is part of a plan to shift towards a lower carbon-intensity economy, while also increasing jobs and industrial development.

But those tracking developments in South Africa’s green economy found the accord to be somewhat underwhelming. Rather than a new set of targets and initiatives, the accord simply gathers a number of existing initiatives which have been in the public domain for some time.

The Democratic Alliance’s environment spokesperson Gareth Morgan said although he welcomed the green economy accord because of its commitment from a variety of stakeholders, he saw little reason to get “overly excited as it mainly consists of recycled pledges and flagship projects from across government that have been announced before”.

Old news
The target of installing a million solar water heaters by 2014/2015, for example, has been on the cards for a few years already.

“The timing of the signing of the green accord is green washing on a grand scale one week before the eyes of the world are fixed firmly on Durban for COP17. Having said that, reaffirmation of previous pledges is a good thing and the role players must be held to account,” he said.

Greenpeace Africa spokesperson Fiona Musana agreed with this sentiment, saying: “Their rhetoric might be good but we want to see more action, we want to see what’s being done in terms of implementation.”

Government may have ambitious targets when it comes to sustainability but it has a questionable track record. The energy department’s mid-year progress report, released last month, was riddled with unfulfilled targets. For example, instead of creating 4 500 jobs last year, it created just 521. And instead of creating 500 additional full-time jobs through energy products, it created only 104.

Saliem Fakier, head of World Wildlife Fund South Africa’s living planet unit, said although the accord simply repackaged existing initiatives, he welcomed the move because it meant government was focusing on getting the support of key stakeholders involved in the green economy. “None of these economic interventions would work if there wasn’t buy-in,” he said.

Challenges ahead
However he warned that huge challenges lay ahead for both business and government in the green economy space. “If we don’t get first mover advantage, we’re unlikely to be able to compete effectively … There’s been a global push in the green economy and South Africa is already a late-comer in this area,” he said.

He pointed out that although solar water heating is a key feature of the country’s energy efficiency plans, local manufacturers were being shut out by cheap imports from Europe and Asia. Moving forward, business would need to be careful and strategic about which sectors it chooses to get involved in and urged government to cut down on red tape and facilitate growth where possible.

Fakier also said that the involvement of the major unions in the accord was a positive step. Internationally, there has been a trend towards unions embracing the green economy as jobs in the sector are generally very energy intensive. Local unions have also been moving in the same direction and South Africa’s largest trade union federation, the Congress of South African Trade Unions on Thursday gave the green economy accord its stamp of approval.

The Independent Democrat’s energy and environment spokesperson Lance Greyling said more work still needs to be done to change consumer behaviour. “You can’t have a green economy until you have a green society. A lot has been done to put the supply side in place but we need to make sure that the demand from consumers is there”.

The green economy – a win-win strategy for South Africa