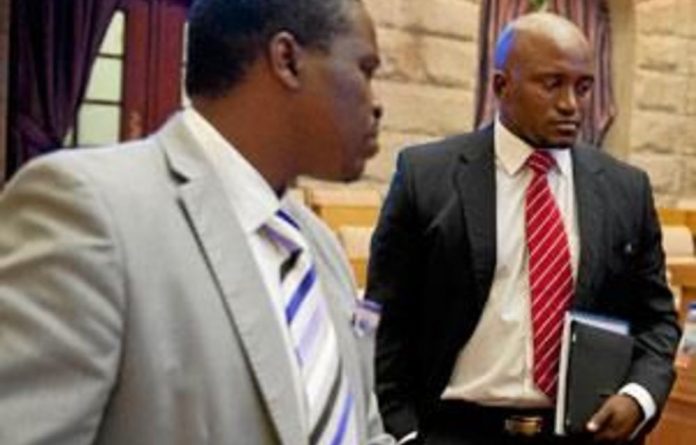 Aurora Empowerment Systems, which, until recently, was responsible for operating two mines that belong to the insolvent mining company Pamodzi Gold, is alleged to have diverted tens of millions of rands from gold sales into the private accounts of its directors and associates as workers went unpaid and the mines’ assets were stripped.

This emerged in the affidavit of Deon Botha, one of four joint provisional Pamodzi liquidators, which was filed in the North Gauteng High Court in Pretoria on Wednesday to oppose an urgent application brought by Aurora in October.

Aurora directors Thulani Ngubane; Zondwa Mandela, grandson of former president Nelson Mandela; Khulubuse Zuma, President Jacob Zuma’s nephew; and associates Yaseen Theba and Faizel and Suleman Bhana brought an application to restrict hearings into the collapse of Pamodzi that had been ordered by the master of the high court in June.

Aurora and its backers went to court to stymie the line of questioning of the liquidators and the commissioner appointed to conduct an inquiry in terms of section 417 of the Companies Act.

The inquiry had demanded they make available internal Aurora documentation as well as their personal bank records.

Aurora’s directors claimed in their application that they were being unfairly “interrogated” by the commissioner and that the documents demanded from them, relating to their business dealings, had “exceeded the permissible ambit” of the Act and thus the purpose of the Pamodzi liquidation hearing.

The section 417 inquiry is not open to the media, but Botha’s affidavit offers a first glimpse of some of the factors that may have brought the two mines to a standstill.

The affidavit also suggests that Aurora may have “misrepresented” itself to the liquidators in its bid to take over Pamodzi’s assets in 2009, including the company’s Orkney and Grootvlei gold mines, respectively in the North West and on the East Rand in Gauteng.

Questions are also raised in Botha’s affidavit about Michael Hulley’s role at Aurora. Hulley is Zuma’s personal lawyer and a part-time legal adviser in the presidency.

Botha, on behalf of the joint provisional liquidators, argues that questions put to Aurora regarding the personal finances of its directors and consultants are relevant to gain an understanding of why there was never money to pay wages or keep the mines operating.

It is claimed that Aurora, which was removed as the preferred bidder for Pamodzi earlier this year because of its alleged mismanagement of the mines and its politically connected directors, transferred millions of rands into their own coffers and those of their families.

This was despite an interim trading and contract mining agreement that Aurora signed with Pamodzi’s liquidators when it took over in October 2009.

The agreement obliged it to transfer any revenue from the mines into a nominated account and Aurora also gave an undertaking to pay miners and protect the mines’ assets.

“Evidence was presented that — Aurora designed a scheme in terms of which substantial revenue generated from the gold sales was not all deposited into the nominated account, but channelled from an account of Rand Refineries [which refined the gold] into an account controlled by Aurora, from where substantial disbursements were made directly into the accounts of, inter alia the various applicants and their family members.”

Botha says the directors misrepresented their financial capacity and business clout to the liquidators during the bidding process, in which Aurora claimed it had secured funding from a Malaysian company to cover its costs.

They had also listed Hulley as an Aurora director, which had given the liquidators “great comfort”.

According to Botha, the commission has received conflicting statements about Hulley’s position at Aurora during the takeover, which is cause for further investigation of how the company was selected as the preferred bidder.

“By all accounts Hulley was to be responsible for the corporate governance and compliance aspects of Aurora and the Pamodzi transaction,” says Botha.

Hulley, however, testified in August that he was “never in fact a director of Aurora”, a statement that conflicted with the testimonies given by Ngubane and Mandela, who said he was a non-executive director.

An online company search by the Mail and Guardian showed that Hulley was listed as a director of Aurora Empowerment Systems until he resigned in January 2011.

Botha says the applicants never disclosed to the liquidators that, “at the time of submitting their bid document, or thereafter, Aurora apparently raised monies from the local Indian community to finance the purchase of the Pamodzi assets”.

This information emerged during Aurora consultant Faizel Bhana’s testimony on August 24 at the inquiry, to which he had been summoned with the directors, his father Suleman, and Theba, a business partner of Mandela.

However, after only Hulley had testified and just before Faizel was due to give evidence at the end of October Aurora brought its urgent application to have the evidence heard “thus far” about Pamodzi’s insolvency deemed invalid.

The inquiry’s commissioner, Wayne Gibbs, had demanded that Aurora’s directors provide the inquiry with the company’s founding and statutory documents, memorandum and articles of association and the minutes book of the directors’ meetings.

In an affidavit submitted as part of their application, Ngubane — on behalf of Zuma, Mandela, the Bhanas and Theba — claims that the request for these documents and the commission’s style of questioning support their view that the commissioner and liquidators are on a witch-hunt and seek to prove that Aurora’s successful bid to run the mines had been “fraudulent”.

Defending Aurora’s preferred bidder status Ngubane claims that Standard Bank “did a proper due diligence and a full investigation in terms of a transparent bidding process and recommended that the bid be accepted”.

Despite Ngubane’s assertions Botha argues in his opposing affidavit that evidence already presented to the inquiry is enough to warrant a further interrogation of their personal finances.

He says that although Aurora informed the liquidators that the Malaysian company subsequently withdrew its funding, the “alternate funding models — were tainted by misrepresentations and really had no reasonable prospect of success”.

He also argues that “given the fact that Aurora was not an established and well-capitalised entity as it represented, but is for all intents and purposes a mere shelf company, the scope of the inquiry includes potential personal liability” in terms of the Act “in respect of any person who managed the affairs of the company recklessly and to the detriment of its creditors”.

Botha also reveals that Hulley — who had been subpoenaed to bring his own documents to the inquiry — told the hearing he had delivered everything to Aurora. The company is now refusing to hand over these and other documents, he says.

Botha says further evidence shows that Mandela and Theba are the directors of a company called Merloni Marketing and various sums of money “generated from the mining activities” have been paid to it.

He says the commissioner needs to investigate why the money made from the gold sales was not used for operational expenses but was instead “appropriated by Aurora, its directors, officers or agents in paying its own non-mining-related operational expenses”.

According to bank statements presented to the commissioner Theba was paid “in excess of R4-million during the period December 2009 to April 2010”. He had been responsible for designing Aurora’s website and also undertook printing work for the company.

However, “Theba, in turn, testified that the cost of providing such services and materials was minimal, in fact, no more than R10 000 per month”, says Botha.