Batting for the empire 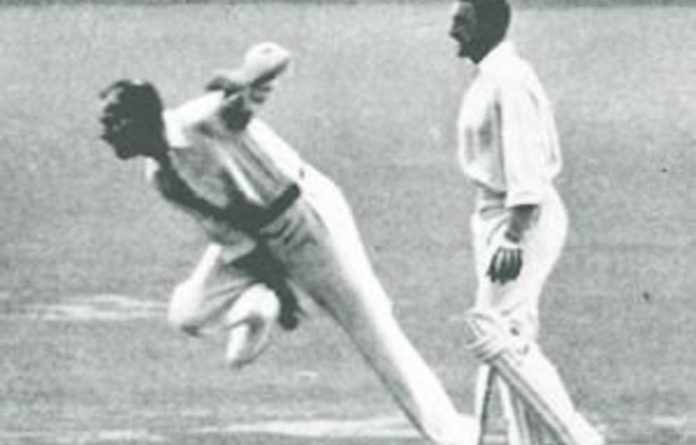 It is a conundrum familiar to cricket lovers trying to pick an all-time Test XI — should one include WG Grace? Australia’s “demon bowler” Fred Spofforth? Was it the same game then, and can there be meaningful comparisons with today’s Test players?

Yes and no, suggests Patrick ­Ferriday’s history of the triangular Test tournament between England, Australia and South Africa that limped to failure in a sodden English summer two years before the outbreak of World War I.

The first decade of the 20th century — the twilight of Grace’s first-class career — appears as a transitional era when cricket became, in the words of English captain and administrator Pelham Warner, “more than a game. It is an institution, a passion, one might say a religion.”

Crowds of up to 30?000 might turn up at an Ashes Test at Lord’s; Ferriday tells us that at one match the crowd consumed 130?000 bananas. CB Fry, Gilbert Jessop, Frank Woolley (“he whispered his wishes to the ball and it understood”) were ­contemporary gladiators with a huge, idolatrous ­following.

In its forms and procedures, also, the game was a recognisably ­modern affair. During the 1907 Marylebone Cricket Club (MCC) tour of Australia, for example, only one match was not 11-a-side.

Although round-arm and even underarm lob bowling still existed, they had been almost entirely overtaken and the fundamentals of modern batting technique — notably the back-forward polarity — were firmly in place.

But 100 years later the social backdrop to the 1912 series is in many ways quite alien.

Conceived by South African Randlord Abe Bailey, a protégé of Cecil Rhodes, it was put forward as an exercise in empire-building and the cultivation of imperial virtues, including the dying cult of the amateur.

“Inter-rivalry within the empire cannot fail to draw together in closer friendly interest all of those many thousands of our kinsmen who regard cricket as their national sport,” Bailey wrote to the MCC in 1907 in support of the triangular. “The more the reality of the empire is brought home to its people in any shape or form, the more the idea becomes part of their natural being,” South African High Commissioner Lord Selborne urged in The Times.

Cricket whites
It was, of course, an all-white enterprise, inspired by South Africa’s rise as a Test-playing nation that, with the mystery weapon of the googly in the hands of Ernie Vogler, Reggie Schwarz, Aubrey Faulkner and Gordon White, inflicted a 4-1 defeat on the MCC in 1905-1906. This was despite cricket having struck firm root in schools for the Indian elite modelled on Eton and Harrow and inter-island contests in the Caribbean as early as 1865.

In South Africa Rhodes personally intervened to ensure that the coloured bowler “Krom” Hendricks, described by English ­captain WW Read as “the Spofforth of South Africa”, was not picked for the 1894 tour of England. “To take him as an equal — would be impolitic, not to say intolerable,” agreed batsman Bernard Tancred.

How the climate on race has shifted! Despite his towering respectability, Bailey could be impenitently and publicly racist in ways that would be quite impossible for such a figure now. “I am for the white race being on top of the black,” he is quoted as saying. “On the native question I am a Boer to the backbone.”

Ferriday’s underlying point is that, as a mass-spectator sport, cricket distilled and amplified the conflicts seething below the surface of Edwardian England. He uses John dos Passos’s device of headlines and excerpts from the newspapers of the day to get behind the “beguiling sepia charm” and “carefree, confident spirit” of the golden age, with its jaunty straw boaters and bicycles made for two.

Dominating these is the Titanic, which sank two months before the triangular (“Underwriters’ Anxiety; Hull of the Vessel Valued at a Million Pounds”), agitation for Irish home rule and women’s suffrage, labour turmoil on the coal mines and, above all, the looming threat of world war.

Although it was slowly changing — archetypal pro Jack Hobbs ­unsettled notions by analysing the tournament’s deficiencies in the columns of the Daily Mail, for example — English cricket was so riven by class ­distinctions that players (professionals) and gentlemen (amateurs) used separate changing rooms and entrances to the field of play.

Ferriday’s account underlines the fact that the fault lines in Australia were quite different, befitting the rough egalitarianism of its young democracy. Here the battle lines were drawn between such ­players as captain Clem Hill and Victor Trumper, who had attained the ­status of national heroes, and ­administrators — principally the ruthless autocrat Billy McElhone — on a single-minded mission to ­centralise power in the Australian Board of Control.

Then, as now, money was the overriding issue. The players were ­accustomed to divvying up the ­proceeds of tours and, in the five years of wrangling that preceded the triangular, a key Australian objection was that it threatened to sideline a scheduled Ashes series and undermine the gate.

Power struggles
Another persistent flashpoint was whether players or the board should choose the team manager, In early 1912 Australia’s “insurgent six”, including Victor Trumper, Clem Hill and future skipper “Big Ship” Warwick Armstrong, withdrew from the squad over this issue. It was this thoroughly modern exercise of player power that effectively doomed the triangular to failure.

Conduct unbecoming by the Australian players also has a familiar feel: the board was forced to probe press reports of “hoodlums and ­scallywags” who were thrown out of hotels for using “bullocky language to waitresses”, asked “total strangers to pass the crimson bread”, and derided well-behaved team members as “the vermilion **** elite”.

In South Africa, with both the press and the cricket establishment in Bailey’s gold-lined pockets, there was no such resistance to the triangular concept. But the cricket-obsessed millionaire overestimated the side, which failed to win a single Test.

Accustomed to matting wickets ­– turf would only become standard in the 1930s — the batsmen could not cope with English conditions, the bowling attack lacked pace and the googly had lost its shock value.

The worst disappointment was Aubrey Faulkner, the world’s premier all-rounder (and later one of its best-known suicides), who averaged just 19 with the bat. It was a foretaste of South Africa’s historic weakness in this department: for much of the century that followed it would be, in Peter Pollock’s formulation, “a 90 for 5 side”.

In an era before covered pitches and proper pitch drainage, rain was the tournament’s other ­nemesis — 192.9mm fell in August 1912, ­making it the century’s second-­wettest month. Downpours whittled away many of the nine Tests that, it had been controversially agreed, would run for three days rather than to term. Wickets ­frequently ­degenerated into “gluepots” and “sticky dogs”, giving no fewer than 11 bowlers averages of less than 20.

Evolution and progress
England’s SF Barnes, then considered the world’s best bowler, ­highlights the transitional character of the cricket environment.

Consider the stunning photograph in Before the Lights Went Out of his follow-through; in contrast with the statuesque rotundity of the round-arm Grace, this is a modern action.

But as a 39-year-old medium-fast spin bowler, Barnes does not fit comfortably into our categories. And his extraordinary feats in the tournament — 69 wickets in six Tests at 11.3 — hint at the abnormally bowler-friendly conditions.

In his despatches home, Faulkner described a fearsome Barnes over to a South African with the delightfully Pythonesque name of Sibley Snooke.

The pitch was clearly of a kind with which no 21st-century batsman has to contend: “The first ball pitched on middle, kicked up wrist high and turned to the off. The next one came along at the right height, but the next one came back from the off and kicked. The fourth one never left the ground but was short enough to enable the batsman to play down on the ball. The fifth was a good length one that hit Snooke on the jaw and stopped play for a few minutes. The last ball was fairly respectable, only hitting him on the hand.”

The triangular tournament was a financial disaster: the Australian board nursed a shortfall of £1?600, and Bailey was forced to meet a third of South Africa’s tour outlay. It would take more than 60 years, and the emergence of a very different concept of the world cricket fraternity, before the next experiment in multinationalism.

At 327 closely leaded pages, Before the Lights Went Out is overly long and feels congested by a kind of fact-grubbing pedantry. Ferriday would have benefited from much tougher editing. But his account remains a powerful evocation of a sport — and a world — on the brink of the modern.

Saidiya Hartmanilluminates the perspectives of young Black women through a vividly cinematic narrative where we are positioned to view the world through their eyes.
Read more
Africa

South Africa need to tap into that day-five magic at the next cricket Test in Port Elizabeth, much like English allrounder Ben Stokes did at Newlands
Read more
Advertising