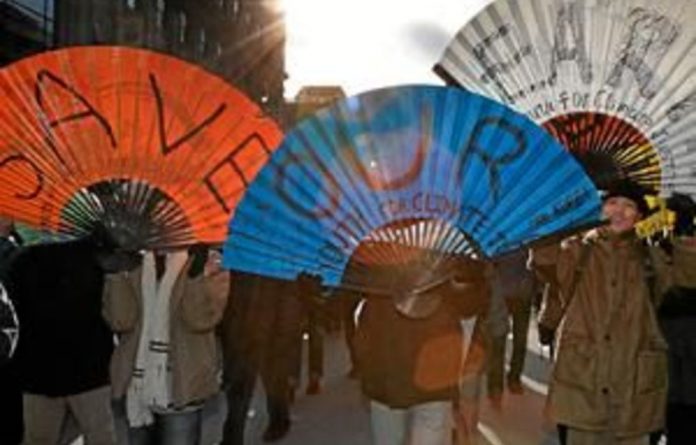 The lesson the world is learning the hard way from the financial crisis is that there is only one boat and we are all in it. To stay afloat we need rules that are tough enough to stop systemic risks becoming systemic collapses. This lesson is as true for the environment as it is for the economy.

It is fashionable to argue that a new climate treaty, based on the Kyoto architecture of legally binding carbon caps, is dead. We should, according to this view, give Kyoto a decent burial and switch to plan B. This turns out to be a looser arrangement in which governments make voluntary pledges to each other. Its advocates often call themselves “realists”.

The case for voluntarism was first put by those who wanted to try less hard to deal with climate change. It has subsequently attracted support from academics and other commentators whose concern — indeed alarm — about the climate is unquestionable. They may be desperate rather than cynical, but they tend to know more about the climate than they do about diplomacy. The problem is in the politics, not the architecture.

The choice between what needs to be done but looks impossible, and what can be done but is clearly not enough, is as old as history. It lay behind the struggle between Churchill and Halifax as Britain faced Hitler’s tanks on the English Channel coast. Nato’s success in Libya was conducted against a barrage of predictions that it would lead to years of stalemate. When there is no alternative, realism lies in expanding the limits of the possible, not in ­nourishing the delusion that something else might help.

There really is no plan B for the climate. A voluntary framework will not be enough to keep us within the 2°C limit of manageable climate change. If a legally binding approach, including a round of post-2012 Kyoto commitments, falls off the table at the United Nations COP17 climate negotiations in Durban, most would see this as giving up on climate change.

They would be right.

It is true that the current cycle of Kyoto commitments only covers industrialised countries and that some of those outside the EU are reluctant to take on new commitments. Many rightly argue that an effective regime must bind all major economies, not only the EU and those in its orbit.

Durban needs to send a clear signal that the world is moving rapidly in this direction and that as soon as countries become sufficiently prosperous they will accept binding caps.

The deal that is both available and essential must include a second phase of Kyoto commitments for those who are willing to accept them, plus an unambiguous “commitment to commit” by 2020 from the other major players.

This would at last unblock the path to a binding regime with full participation. Voluntary pledges alone will not keep the global economy open, drive trade and investment, maintain financial stability, or protect peoples against food, water and energy insecurity. If we cannot summon the will to make hard promises on climate change — the first challenge we have ever faced that will affect literally everyone — it will become much harder to do so on everything else.

It is no surprise that such a complex enterprise is taking time to accomplish. The great achievements in the continuing effort to secure our mutual interests by agreeing to global rules — the multilateral trade system, the regimes for arms control and nuclear nonproliferation, the European single market, the International Criminal Court — all took time and many steps to bring to maturity.

Historian Arnold Toynbee warned that technology was giving us the power to destroy ourselves. If we could see through the fog of current events, we might discern a fork ahead. One path points towards chronic insecurity and conflict; the other offers a prospect of co-operation and mutual prosperity. The choice between the two paths will be foreshadowed in Durban. —