Does a virgin have to be female? 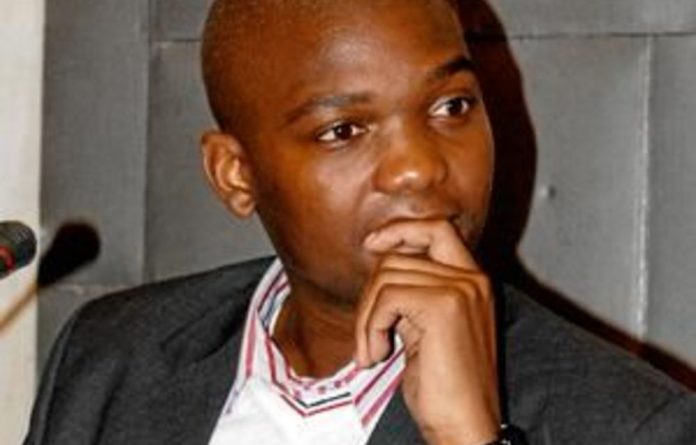 This daring novel, a ­splendid invention, is told in letters from Epher to his friend ­Theophilus. He begins, “Dear ­Theophilus” (lover of God) or “O dearest friend”, but often ends the letter respectfully with “Your ­Excellency”. It is not clear who this friend is — perhaps any who feel they can answer to Theophilus, but Epher feels he must account to him for certain events and beliefs.

Indeed, this book is the second, as the first “lacked substance” and did not address the heart of the matter for Epher, that is to say the “Oneness of the Virgin and the Lamb”, and whether or not, or how, this could be possible.

The doubt arises because Epher himself was involved in the crucial events of that afternoon when his life and that of Bellewa Miriam were changed forever. It is a tad confusing until one figures out that the Virgin is the old God of the Jews, and that Bellewa Miriam is called Mary in the biblical version of this story. Thando Mgqolozana does not compromise with ­explanations that would slow down and ­complicate this charged narrative.

Versions and virgins
In this reconstruction of an ­alternative account of the birth of the Messiah, the Lamb, ­Mgqolozana addresses not only the great ­mystery of the immaculate conception, but also the more modern issues of the freedom of women, the ­masculinised versions of the biblical scriptures and the very male nature of the deity they invoke. It is not so much that God made man in his image, but that men made God in their image.

The author subverts the biblical version at the outset by referring to the primary deity as the Virgin, but with male pronouns, Him and His, referring. Who says a virgin must be female? And indeed, as Epher explains, Bellewa Miriam got with child by him and no other so the deity is still a virgin. At least that is what he says at the beginning.

The style is one of dignified and biblical simplicity, sustained by archaic names and ­linguistic usages such as “the Mount of ­Precipitation”, livestock named mostly as “­short-boned” and “­long-boned”.

The aura of antiquity is most often invoked by the phrase “hear me alone”. Mixed into the simple story of the late-afternoon encounter between Bellewa Miriam and Epher are many and various references to hear-me-alones.

This mysterious element in the novel has the effect of ­taking the reader into a space hardly ­recognisable to most of us in the modern world, where ­solitude, ­meditation and ­listening in that way are extremely rare.

The basic outlines of the story of the birth of Christ are in place in this novel, but Mgqolozana shows us how far in the past it is, both ­culturally and conceptually, in his creation of that ancient village of Nazareth, grounded in the subsistence ­farming of livestock and olives, bartering of services and an entirely male-­dominated culture.

The characters are created with deft economy: Epher, his ­grandmother, Kishoma, and their servant, Kush, who is both ­mentor and substitute father to Epher, are People of the Virgin. That is to say, they are Jews; they have a ­synagogue; and now under the power of the Emperor Augustus in first-century Judea, are sending young men to study law and medicine away from home.

Epher is a newly qualified ­surgeon, home for a visit, when his grandmother sends him and Kush to look for a missing sheep. He meets Bellewa Miriam, who has had a hear-me-alone, to the effect that she will conceive a child who will be the ­Messiah. As they are old friends, Epher ­comforts her in her disturbed state — a 13-year-old girl, her body “raging”, thorns in her feet, weeping.

Positioning women
By the next ­morning Epher’s life is in ­danger as Bellewa Miriam has already been promised to the woodwork merchant, who like all the men and male animals of the village, including the cocks and rams whose behaviour is minutely observed, all suffer from “this disability” of thinking they own women, or the females of their species.

The moment when Epher ­realises he too is a victim of this is marked in the novel by this passage: “Kush did not say this to me, but I ­imagined that the lit stick of rolled herbs must have smoked itself for the duration of that moment of ­astonishment. If a pomegranate leaf had detached from the tree under which they were sitting, it would have been heard as it detached, and then followed by those blank gazes as it willowed midair until it landed on the coarse sand of which our land is made.”

Despite the ancient storyteller cadences of the narration, this is a very modern novel, addressing the position of women, then and now. There are many anachronisms of language and concept, but the author seamlessly melds the old and new in this remarkably powerful story. It’s been told before, but somehow this version is both more ancient and more modern, and about those enduring matters of what we believe and how we make meaning.