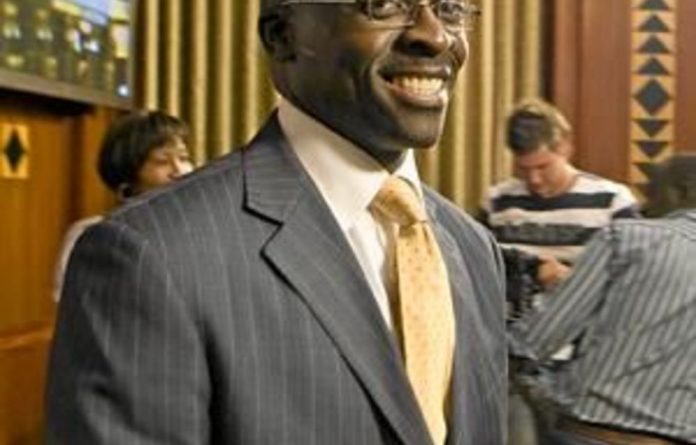 The divisions in the ANC nationally played out this month amid the turbulent local politics of Mpumalanga, where Public Enterprise Minister Malusi Gigaba is at the centre of a controversy over claims that regional conference elections were manipulated to favour Premier David Mabuza, and ultimately President Jacob Zuma, of whom Mabuza is regarded to be a supporter.

Gigaba has been a prominent spear carrier for Zuma in his battle with the ANC Youth League and was deployed by the party’s national executive committee (NEC) to deal with the intense factionalism in the province that has resulted in a series of political murders and corruption trials.

The battle is reminiscent of the row earlier this year in the Western Cape, where NEC deployee Trevor Manuel was accused by some party members of helping to engineer the election of Marius Fransman against the wishes of the large provincial faction that backed Mcebisi Skwatsha.

As in the Western Cape, challenges to the legitimacy of the electoral process are central to the fight in Mpumalanga. Gigaba was deployed to oversee the 2008 provincial conference at which Mabuza was elected chairperson.

Two provincial executive committee members told the Mail & Guardian this week that Gigaba had overruled a recommendation by the provincial secretary, Lucky Ndinisa, that the regional conference in the Gert Sibande municipal district in Secunda last month be delayed because of incomplete auditing processes and unresolved disputes in branches.

It is alleged that Gigaba opened the conference without the knowledge of Ndinisa and some provincial executive committee deployees.

“Gigaba was not even part of the programme. We were surprised to see him making the opening remarks while we were waiting for the auditing process to be complete,” said a committee member who did not want to be named.

Addressing issues
The ANC spokesperson in Mpumalanga, Paul Mbenyane, denied that the conference had been held before provincial branches had been audited. He said that Mabuza had nothing to do with the conference.

“People who continue with these claims are out of order. We don’t have a structure called the M&G or the media. They should have addressed these issues in the proper organisational structures.”

Candidates aligned with Mabuza made it onto the list of the new regional executive committee. Vusi Shongwe, provincial minister of safety and security and Mabuza’s lobbyist, was re-elected as chairperson and Muzi Chirwa was re-elected as secretary.

Candidates opposed to Mabuza were said to be members of branches that did not have the required quorum.

The M&G is in possession of a file of letters from disgruntled branch members, addressed to Ndinisa’s office and written a month before the conference. The letters’ authors, who wish to remain anonymous, allege that parallel branches were launched and that the names of some party members had been removed from the old branches’ profiles.

“I was instructed by a regional leader to come to the regional office to extract from the [branch] profile the names of 60 members whom he alleges were not properly inserted in the branch profile. I am refusing to do so as I believe that these are bonafide members of the organisation, who passed both the regional and provincial audits,” states a letter written by a secretary of a branch in Msukaligwa sub-region.

A former regional executive committee member and branch chairman, who also wrote a letter of complaint, said democratic processes had not been followed during the conference and that it should not have gone ahead.

“Some of us had bogus criminal cases opened against us, because we were not supposed to make it to the conference. It is dangerous in Mpumalanga and we can’t even trust the police because of the political leadership. We complained to Gigaba about the same issue after the 2009 conference and requested that the regional executive committee be disbanded and the election process reviewed. But instead he opposed it and told us that the processes went on legally,” he said.

Mabuza’s supporters won all the regional conferences in Mpumalanga — in some regions without contestation. The Bohlabela and Ehlanzeni regions have also voiced dissatisfaction about alleged irregularities in their branches.

Public enterprise ministry spokesperson Mayihlome Tshwete said on Thursday that “Gigaba does not convene regional conferences and it is not his responsibility to vet branches attending conferences”.

“Mr Gigaba respects the traditions of the ANC and he fulfils his party duties within the rules and practices of the ANC. He therefore refuses to participate in the gutter politics that are so clearly the hallmarks of these allegations. He is working for the people of South Africa and serves the best interests of the ANC.”

Mbenyane said the provincial executive committee was satisfied with the outcome of the regional conferences in the province.