One plus one must make two 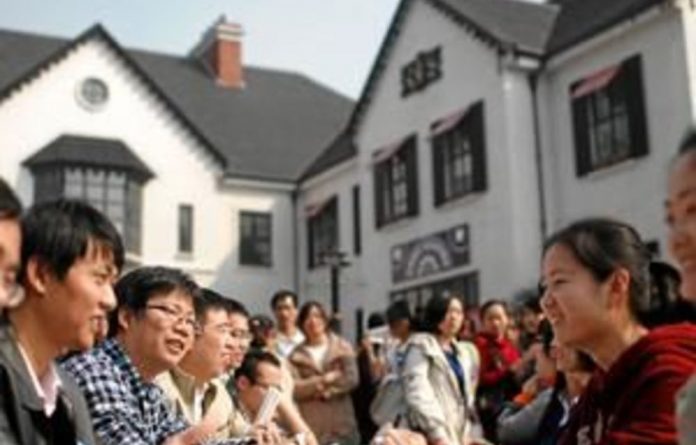 In Shanghai’s Thames Town — a bizarre suburban recreation of a traditional British town, complete with mock-Tudor architecture — elbows are sharp on day one of an inaugural matchmaking expo, an event formulated to tackle the city’s burgeoning numbers of lonely hearts. At 10.30am, uniformed guards stem a swarm of hopefuls trying to enter the main hall where people crane at the boards and scribble in notebooks.

Outside, red velvet-lined tables are privy to a mass speed-dating event. In the church square unofficial matchmaking markets have sprung up, with pieces of paper scrawled with telephone numbers attached to the fences.

Thousands of singletons gathered at the expo last weekend, an event so popular that organisers halted online registration after double the expected number signed up. Estimates of those attending ranged from 10 000 to 40 000. Timed to coincide with Singles’ Day, an annual commemoration on November 11 for those looking for love (the ones in the numerical date represent “bare sticks”, a term for “bachelors”), this year’s date was all the more auspicious because six ones in Mandarin sounds like the idiom “one life, one lifetime” or “forever”.

In downtown Shanghai 24.3% of people over the age of 15 are unmarried, an increase of 1.6%, according to the Shanghai municipal statistics bureau. In far-flung areas the figures are quite different: just 11.9% of those older than 15 are unmarried in Chongming county.

A lack of young women — a result of the skewed rate of baby boys born under China’s one-child policy — means an estimated 30-million to 50-million men will be without a wife in 20 years. But Damon Tu, 35, is not giving up hope yet.

“I feel a lot of pressure because I’m not married, but I’m a traditional guy so I believe one day I’ll find the love of my life,” says the media advertising sales manager from Shanghai. Tu browses the booths of about 50 matchmaking companies in the town hall while Wet Wet Wet’s Love Is All Around blasts from speakers.

On the thousands of cards lining eight-foot billboards throughout the hall details of hopefuls’ height, birth date and education are accompanied by annual income.

“The standards people require of a partner have changed with modern dating; the importance placed on material factors is increasing,” says Zhai Zhenwu, vice-director of the school of sociology and population studies at Renmin University in Beijing. “An apartment is now commonly required to broker a marriage. If a man doesn’t own an apartment, it’s an obstacle for him, even if he loves his girlfriend very much.”

For those in their late 20s and early 30s there is also pressure to produce an heir, and many of the singletons are accompanied by their parents. “My father is very worried because, as I’m 29, soon it might be difficult for me to get pregnant,” says Huang Yushu, a translator for a manufacturing company.

Strikingly, in the town hall the number of singletons around the blue cards is double those scanning the pink. When it comes to the male-to-female singleton ratio, Shanghai is beginning to buck the national trend. Here the number of older single women (30 to 44) outstrips older single men, according to the Shanghai bureau of statistics.

“The problem is all the good candidates are already married,” says Haung. “Women like me aged 28 to 35 are in the ‘awkward stage’.”

Single women over 27 are known as sheng nu, or “leftovers”. “In Chinese society, women prefer to marry men who are older, wealthier and more capable. Men prefer the opposite,” says Zhai. “So in cities, those left behind are seen as the ‘best women and worst men’ [high-flying women; underachieving men].”