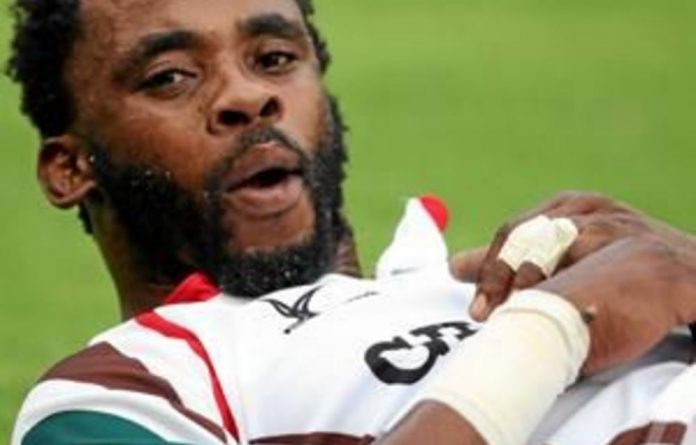 Solly Tyibilika’s life and career in rugby was a case of what might have been. Born with a gift to play rugby among the flying fists and boots of the ruck, Tyibilika could have been a World Cup-winner in 2007, and at 32 he was still young enough to have gone to this year’s tournament as back-up to Heinrich Brussow.

Instead the South African Rugby Union summoned Francois Louw from Bath and tried to persuade us he was a “fetcher”, instead of sending to Hamiltons in Cape Town for Tyibilika, a natural fetcher in the classic mould.

The tragedy is that no one can blame the rugby union for overlooking the flanker who had come to Cape Town for one last shot at playing professional rugby before the years caught up with him. At the time of his death he was living in a flat in Sea Point with several other players hailing from the Spring Rose Club in Port Elizabeth, Tyibilika’s first and enduring love.

On relocating to Cape Town, it seems he fell among thorns. Last month, Tyibilika, Dan Shumane and Sandile Maqungu were arrested in connection with the illegal possession of a firearm. They were driving around Gugulethu late at night with their headlights off. The incriminating weapon was found in the car’s glove compartment. They were released on R800 bail each.

Maqungu was gunned down soon afterwards. Shumane met the same fate a week later and now Tyibilika has joined them in the afterlife.

Initial reports said that Tyibilika just happened to be in a Crossroads shebeen when gunmen broke in, shooting indiscriminately. In fact, it seems much more likely that it was a classic hit and that Tyibilika’s luck had finally run out.

He was a secretive person away from rugby and a succession of coaches lost patience with his habit of not showing up for training. We will never really know the circumstances surrounding his death.

And yet it could all have been so different. Playing for Griquas in 2001, his pace and tenacity over the loose ball were immediately apparent. He signed with the Sharks in 2003 and flowered quickly in Super Rugby. In 2004, Jake White took him on the end-of-season Springbok tour to Europe, where he scored a try on debut against Scotland at Murrayfield. Springbok scribe Andy Colquhoun noted in his annual: “It was little remarked at the time but his was the first Springbok try of 874 to that point to have been scored by an African.”

At the beginning of the 2005 season, the Springboks staged a warm-up Test in East London against Uruguay. The record score of 134-3 included six tries by the Zimbabwean flyer, Tonderai Chavanga, but there were also two for Tyibilika. His stocks were high but something happened in East London that would have a long-term effect.

This was his first Test on home soil and a number of his Spring Rose colleagues travelled from New Brighton for the match. The celebrations carried on late into the night in Tyibilika’s room and it is alleged that, when the rest of the Springboks flew to Durban the next day, he and his pals stayed on in the team hotel for several more days, clearing the bar fridge regularly and using up his considerable Springbok match fee along the way.

Tyibilika played two more Tests that year and the following season his name surfaced in the build-up to the second Test against Scotland in Port Elizabeth. Dan Qeqe, an icon of the fight for non-racial sport and a long-time official and former player at Spring Rose, died during the week before the game. Springbok manager Arthob Pietersen suggested to White that it would be a tribute to Qeqe to pick Tyibilika in his home town in the place of Schalk Burger.

White refused and almost resigned over the incident but the irony was that Burger injured his neck early in the game and spent a year out after undergoing a spinal fusion operation. This was Tyibilika’s big chance and he played three Tri-Nations matches later in 2006 but, alas, he failed to grasp it.

He moved from the Sharks to the Lions at the beginning of 2007 and coach Loffie Eloff lamented a wasted talent. He said: “He had discipline problems. He’d just disappear for days, even weeks, on end.” It was a theme revisited by Andre Human, the coach of Border, who gave Tyibilika a lifeline for two seasons after he left the Lions. Tyibilika was among a number of players Human released earlier this year, saying: “Firstly Border Rugby is not an old-age home and secondly there was the question of discipline.”

The point about Tyibilika was that, if you could get him on the field, more often than not he would play like a champion. But from week to week no one knew where he was and what he was doing except, ultimately, being a gun-toting gangster.