Why we were censored, and what we plan to do 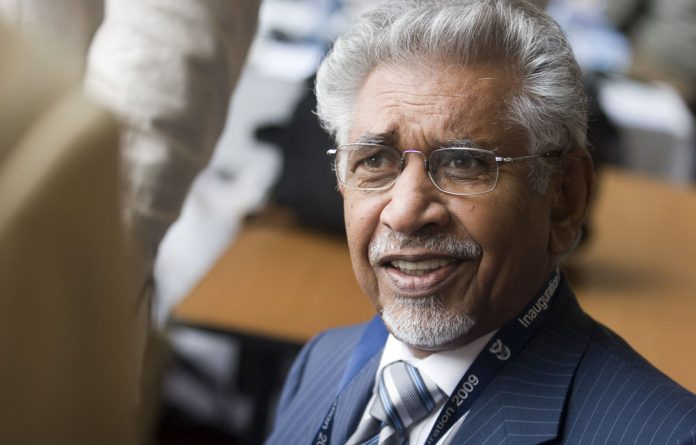 Today we published our regular Friday edition with the majority of the lead article, and sections of an editorial blacked out.

We did this very reluctantly on the advice of our lawyers, having been threatened with criminal prosecution and civil court action by Mac Maharaj, President Jacob Zuma's spokesperson and the subject of the story.

We talk to M&G editor-in-chief Nic Dawes about Mac Maharaj's accusations that the paper is 'invoking fears of censorship', and the plan in going forward with the story.

The facts are simple: our story would have shown that Mr Maharaj lied when questioned under oath by the Scorpions in the course of investigations flowing from the arms deal.

In seeking to prevent publication, either by a court interdict or the threat of criminal investigation, Mr Maharaj has one objective: to avoid answering to the South African public for either the suspicious payments, or his lies about them.

He is now claiming in press statements and interviews that the Mail & Guardian obtained its information illegally, and comparing our conduct to that of journalists at the defunct British tabloid News of the World, who hacked into the phones of celebrities, and the murdered schoolgirl Milly Downer. He is doing nothing, however, to address the substance of the question he must answer: if the hoard of offshore cash was legitimately acquired, why did he lie about it when subpoenaed to testify by the National Prosecuting Authority?

Let us cut through some of the confusion that Mr Maharaj's allegations are intended to create.

Our investigative team, lead by Sam Sole and Stefaans Brümmer, has been exploring the web of corruption and influence peddling surrounding the 1999 arms deal for more than a decade, patiently assembling evidence, and helping to ensure that the issue does not sink out of the public consciousness.

President Jacob Zuma's announcement of a judicial commission of inquiry into the deal, which was affirmed by an order of the Constitutional Court this week, means that work is as relevant as it has ever been.

It is against that backdrop that we planned this week to publish new information about Mr Maharaj's role in the saga.

The Scorpions suspected that the payments from Schabir Shaik might have related to the tender award, which went to Shaik and his partners, the French arms company Thomson-CSF. Of course it was payments Shaik made to Zuma on behalf of Thomson, to secure influence in the arms deal that were central to his conviction for fraud and corruption.

It was in order to pursue those allegations that the Scorpions used the powers granted to them by section 28 of the National Prosecuting Authority Act to subpoena Maharaj to answer questions under oath.

The Mail & Guardian is in possession of documents which outline the answers he gave them. We tested those answers against other documents in our possession, and facts in the public domain in order to establish his truthfulness.

This matters for at least two reasons.

Firstly, he is the spokesperson for the president, and occupies a position of immense public trust.

Second, if the payments were innocent, as Maharaj has always insisted, then surely he would have felt at ease telling investigators the truth. If, on the other hand, he lied, his entire account is called into question.

Our assessment of the evidence makes it clear he lied. In order to demonstrate this to our readers, we needed to quote from the record of the section 28 interview.

To do so, Maharaj warned us, would be a crime. And indeed, section 41 of the NPA Act contains little-known and sweeping provisions forbidding disclosure of any material emanating from a section 28 process, and punishing such disclosure with up to 15 years in jail or a fine. Public interest is no defence in terms of the act.

This mirrors closely the blanket prohibition on disclosure contemplated by the Protection of State Information Bill, and it represented a serious dilemma for us.

Deciding not to publish information that the public clearly ought to know in the face of a threatened criminal sanction offends against our most basic principles, and, we believe, those of the Constitution.

On the other hand we live in a democracy governed by the rule of law, we are extremely reluctant to commit a criminal offence, and we were advised strongly against doing so by our lawyers, who understand free speech issues very well.

For now we are going to fight this bad law, within the law.

It is clear to us that the Act is vulnerable to constitutional challenge.

It is a commitment that is going to be seriously tested if people like Maharaj continue to hide from public scrutiny behind the NPA Act.

Nomgcobo Jiba loses her case for reinstatement in the High Court