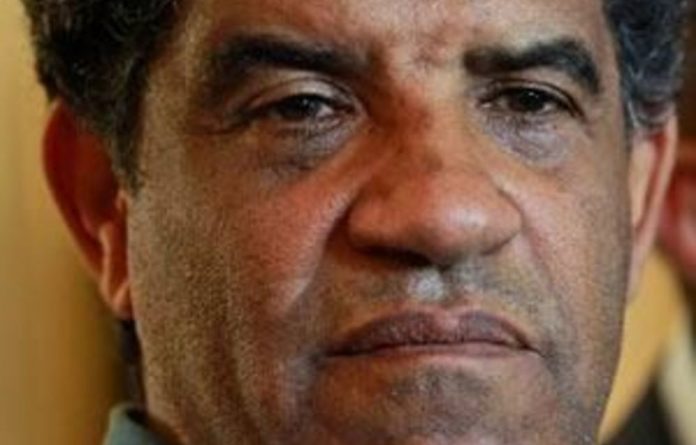 Libya’s former intelligence chief Abdullah al-Senussi, who is wanted by the International Criminal Court (ICC), was arrested on Sunday, a National Transitional Council (NTC) official and a military commander said.

“Abdullah al-Senussi was arrested in Al-Guira region in the south of the country,” the NTC official, who declined to be identified, said.

A military commander in the eastern city of Benghazi said Senussi was arrested in his sister’s home on Sunday by former rebels from south Libya and would be handed over to the NTC.

“We had doubts about his presence in the region. He was arrested in his sister’s home in Al-Guira and did not put up any resistance,” said Bashir Uweidat, who heads the Wadi Shati military council.

“He will be handed over to the competent authorities,” he said, adding that Senussi had some personal weapons in his possession.

ICC warrants
News of his capture came a day after Libya’s new rulers also announced the arrest of the late Muammar Gaddafi’s son and one-time heir apparent Saif al-Islam, who had also been on the run for months.

The ICC issued warrants on June 27 against al-Islam, Gaddafi and Senussi on charges of crimes against humanity in crushing anti-regime protests.

Senussi’s capture was also announced by an officer in Benghazi as NTC officials were meeting with the military.

“The terrorist, the assassin, Abdullah al-Senussi has been arrested,” said the officer amid thunderous applause.

Defence Minister Jallal al-Digheily, who was at the meeting with hundreds of army officers, branded the capture a “victory”.

Confirmation
“We thank Allah for this victory,” he said.

A member of the Thwar Council (revolutionary council) in Tripoli also confirmed the arrest.

Senussi (62) is the brother-in-law and former right-hand man of Gaddafi, who was arrested and killed last month.

In 1999 a Paris court sentenced him in absentia to life for his alleged involvement in an attack on a French UTA airliner a decade earlier that killed 170 people. — AFP