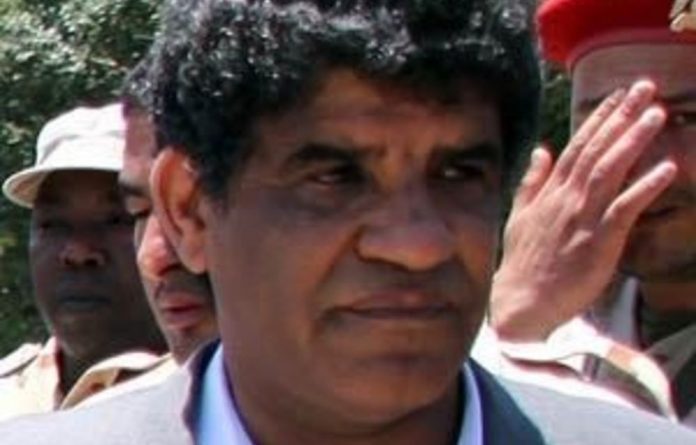 Abdullah al-Senussi, Libya’s feared former intelligence chief, was cornered and captured at a remote desert homestead on Sunday, a day after Muammar Gaddafi’s son was seized by Libyan fighters in the same region.

The arrest of the last survivor of the old regime who is wanted at The Hague for crimes against humanity crowned a momentous couple of days for a new government that is still in the process of formation and also posed immediate tests of its authority — both over powerful militias and with world powers.

In a sign of the strain that the prime minister-designate is under to reconcile the interests of rival militia groups that control the ground in Libya, officials said Abdurrahim El-Keib had asked for another couple of days to complete a Cabinet that he had previously hoped to announce on Sunday.

A commander of former rebel forces nominally loyal to the National Transitional Council (NTC), General Ahmed al-Hamdouni, said that his men, acting on a tip, had found and surrounded Senussi at a house belonging to his sister near the town of Birak, about 500km south of Tripoli and in the same general area as Saif al-Islam was seized on Saturday.

NTC spokesperson Abdul Hafez Ghoga later confirmed that Senussi, who is Saif al-Islam’s uncle by marriage, had been captured. It was not immediately clear if the arrests were linked, though there has been speculation since the fall of Tripoli three months ago that the pair were hiding together.

Tried in Libya
Fighters who intercepted al-Islam on a desert road in the early hours of Saturday said they believed one of his companions was also a nephew of Senussi, whose wife is a sister of Gaddafi’s second wife, Safiya.

Like Gaddafi, who was captured and killed on the coast a month ago on Sunday, al-Islam and Senussi were indicted this year by the International Criminal Court (ICC) for alleged plans to kill protesters after the Arab Spring revolt erupted in February.

But NTC officials have said they can convince the ICC to let them try both men in Libya.

Ghoga said NTC members meeting on Sunday had confirmed that preference, as did the current justice minister — although legal experts point out that international law demands Tripoli make a strong case for the right to try anyone who has already been indicted by the ICC.

Libyans want hangman’s noose
Given the state of Libya’s legal system after 42 years of dictatorship, as well as the depth of feelings after this year’s civil war, the ICC may not agree. Its chief prosecutor is expected in Libya this week.

While the ICC, backed by a UN resolution, can demand Libya hand over the prisoners, many Libyans are keen to see them tried for alleged crimes committed over decades, well beyond the scope of the ICC charges relating to this year only. And many also want them hanged, something barred at The Hague.

Among other old wounds, Senussi is suspected of a key role in the killing of more than 1 200 inmates at Tripoli’s Abu Salim prison in 1996. It was the arrest of a lawyer for victims’ relatives that sparked Libya’s Arab Spring revolt in February. And many of the dead were members of Islamist groups which are expected to be a major political force in a democratic Libya.

The case of Senussi, long the elder Gaddafi’s right-hand man and enforcer, may also revive interest in international incidents long shrouded in mystery from the days in the 1980s and 1990s when Gaddafi’s Libya waged undercover war on the West.

Senussi’s name has been linked with the Lockerbie bombing of 1988. He was among six Libyans convicted in absentia in Paris of bringing down a French UTA airliner a year later.

Mixed signals
Al-Islam spent Sunday at a secret location in the militia stronghold of Zintan while in Tripoli the Libyan rebel leaders who overthrew his father tried to resolve their differences and form a government that can try the new captive.

With rival local militia commanders from across the country trying to parlay their guns into Cabinet seats, officials in the capital gave mixed signals on how long Keib, may need.

Ghoga said the NTC had given Keib another two days, right up to a deadline of Tuesday, to agree his cabinet — a delay that indicated the extent of horse-trading going on.

And though the Zintan mountain fighters who intercepted the 39-year-old heir to the four-decade Gaddafi dynasty deep in the Sahara said they would hand him over once some central authority was clear, few expect al-Islam in Tripoli soon.

Members of the NTC, the self-appointed legislative panel of notables formed after February’s uprising, expect to vote on Keib’s nominees, with keenest attention among the men who control the militias focused on the Defence Ministry.

‘Very scared’
One official working for the NTC said that the group from Zintan, a town of just 50 000 in the Western Mountains outside Tripoli that was a stronghold of resistance to Gaddafi, might even secure that ministry thanks to holding al-Islam.

Other groups include rival Islamist and secularist militias in the capital, those from Benghazi, Libya’s second city and the original seat of revolt and the fighters from the third city of Misrata, who took credit for capturing and killing the elder Gaddafi and haggled with the NTC over the fate of his rotting corpse for several days in October.

“The final act of the Libyan drama,” as a spokesperson for the former rebels put it, began in the blackness of the Sahara night, when a small unit of fighters from the town of Zintan, acting on a tip-off, intercepted al-Islam and four armed companions driving in a pair of 4×4 vehicles on a desert track.

It ended, after a 480km flight north on a cargo plane with the London-educated younger Gaddafi held in a safe house in Zintan and the townsfolk vowing to keep him safe until he can face a judge in the capital.

His captors said he was “very scared” when they first recognised him, despite the heavy beard and enveloping Tuareg robes and turban he wore. But they reassured him and, by the time a Reuters correspondent spoke to him aboard the plane, he had been chatting amiably to his guards.

‘Lost in the desert’
“He looked tired. He had been lost in the desert for many days,” said Abdul al-Salaam al-Wahissi, a Zintan fighter involved in the operation. “I think he lost his guide”.

Western leaders, who backed February’s uprising against Gaddafi but looked on squeamishly as rebel fighters filmed themselves taking vengeance on the fallen strongman a month ago, urged Keib to seek foreign help to ensure a fair trial.

Keib, who taught engineering at US universities before returning to Libya to join the rebellion, on Saturday drove the two hours from Tripoli to Zintan to pay homage to its fighters. He promised justice would be done but al-Islam would not be handed over to the ICC, which had indicted him for crimes against humanity.

The justice minister from the outgoing executive said the younger Gaddafi was likely to face the death penalty, though the charge sheet, expected to include ordering killings as well as looting the public purse, would be drawn up by the state prosecutor after due investigation.

Western leaders urged Libya to work with the ICC which has also issued an arrest warrant for al-Islam, on charges of crimes against humanity during the crackdown.

‘Crowning’
Amnesty International and Human Rights Watch both called on Libya to hand him over to the ICC and guarantee his safety.

Keib said Libya would make sure Gaddafi’s son faced a fair trial and called his capture the “crowning” of the uprising.

“We assure Libyans and the world that Saif al-Islam will receive a fair trial … under fair legal processes which our own people had been deprived of for the last 40 years,” Keib told a news conference in Zintan on Saturday.

Zintani fighters said they believed one of al-Islam’s companions was a nephew or other relative of Senussi, who is married to a sister of Gaddafi’s wife, al-Islam’s mother. — Reuters

How to oust a president (again), Egyptian-style