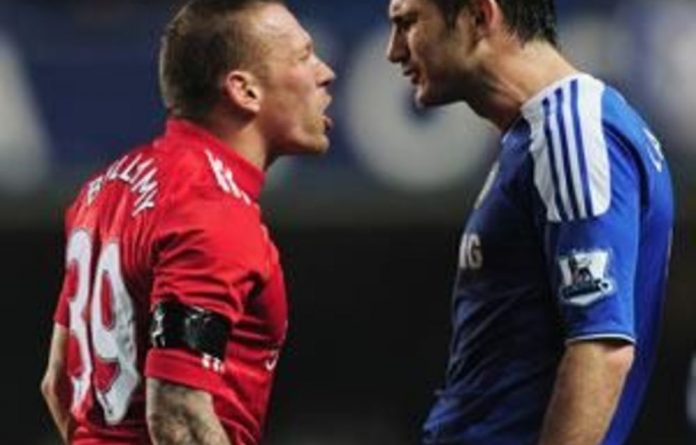 Glen Johnson scored the winner two minutes from time as Liverpool clinched a 2-1 victory on Sunday to move up to sixth in the Premier League, level on points with the London side in fourth.

The former Chelsea full-back scythed through the home side’s defence to win at Liverpool after Daniel Sturridge had cancelled out Maxi Rodriguez’s first-half strike.

The result left Liverpool sixth in the standings but alongside Chelsea in fourth and Tottenham Hotspur in fifth on 22 points — albeit 12 points behind leaders Manchester City.

“I was probably the last name on people minds’ to score but I was grateful to get forward and get the chance,” Johnson said.

“I’ve had a few difficult months [with injuries] but I feel like I’m getting back to full fitness and I feel good.”

But it was Liverpool who dominated the first half with Suarez at the heart of everything good.

Chelsea’s defence looked all at sea on a number of occasions and though Drogba went close with a free kick, Maxi made them pay 12 minutes before half-time.

Goalkeeper Petr Cech put John Obi Mikel in trouble with a poor kick out and after he was robbed by Charlie Adam, Suarez and Bellamy combined on the edge of the box to set up Maxi who slid the ball into the net.

Chelsea manager Andre Villas Boas replaced Mikel with Sturridge at half-time and with Liverpool sitting back, a miss hit shot from Florent Malouda made its way to Sturridge at the far post and he put it in to equalise.

‘Good way to bounce back’
Liverpool goalkeeper Pepe Reina then saved brilliantly from a flick header by Branislav Ivanovic and Chelsea looked the more likely to win it as they dominated possession.

But they made no impression on the Liverpool defence and with two minutes to go, the visitors snatched victory when Adam found Johnson in space on the right and the full back cut inside Ashley Cole and burst into the area before coolly finding the bottom corner.

It was Liverpool’s second straight win over Chelsea at Stamford Bridge and Adam said it had been down to hard work.

“I thought we were terrific and it was a good way to bounce back after the result against Swansea which was hard to take,” the Scot said. — Sapa