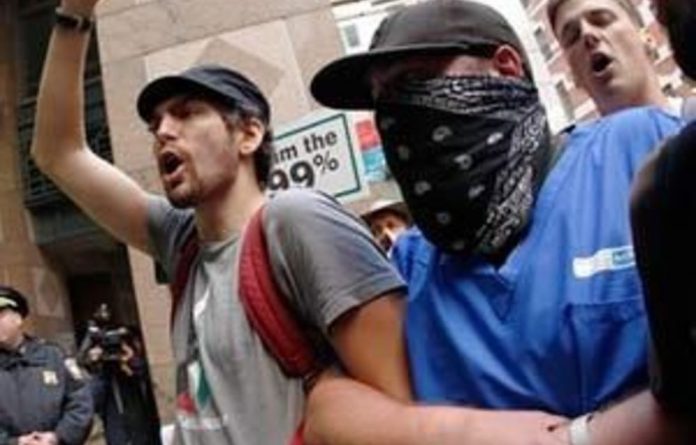 During the first two months of the nationwide Occupy protests, the movement that is demanding more out of the wealthiest Americans cost the public at least $13-million in police overtime and other municipal services, according to a survey by the Associated Press.

The heaviest financial burden has fallen upon law enforcement agencies tasked with monitoring marches and evicting protesters from outdoor camps. And the steepest costs by far piled up in New York City and Oakland, California where police clashed with protesters on several occasions.

The AP gathered figures from government agencies in 18 cities with active protests and focused on costs through November 15, the day protesters were evicted from New York City’s Zuccotti Park, where the protests began on September 17 before spreading nationwide. The survey did not attempt to tally the price of all protests but provides a glimpse into costs to cities large and small.

Broken down city by city, the numbers are more or less in line with the cost of policing major public events and emergencies. In Los Angeles, for example, the Michael Jackson memorial concert cost the city $1.4-million. And Atlanta spent several million dollars after a major snow and ice storm this year.

But the price of the protests is rising by the day — along with taxpayer ire in some places.

No clear policy
“What is their real agenda?” asked Rodger Mawhinney as he watched police remove an encampment outside his apartment complex in downtown Oakland. “I’ve gone up and asked them, ‘What are you truly trying to accomplish?’ I’m still waiting for an answer.”

The Occupy movement has intentionally never clarified its policy objectives, relying instead on a broad message opposing corporate excess and income inequality. Aside from policing, cleaning and repairing property at dozens of 24-hour encampments, cities have had to monitor frequent rallies and protests.

The spending comes as cash-strapped police departments have cut overtime budgets, travel and training to respond to the recession. Nonetheless, city officials say they have no choice but to bring in extra officers or hold officers past their shifts to handle gatherings and marches in a way that protects free speech rights and public safety. In some cities, officials say the spending is eating into their overtime budgets and leaving less money for other public services.

Protesters blame excessive police presence for the high costs in some places. And they note the cost has been minimal in other cities and worth the spending because they have raised awareness about what they say is corporate greed and the growing inequality between rich and poor.

Costs
“We’re here fighting corporate greed and they’re worried about a lawn?” said Clark Davis of Occupy Los Angeles, where the city estimates that property damage to a park has been $200 000.

In Oakland, where protesters temporarily forced the shutdown of a major port, the city has spent more than $2.4-million responding to the protests. The cash-strapped city, which had to close a $58-million budget gap this year, was already facing an uphill battle when Occupy Oakland began October 10.

“The cost of the encampments is growing and putting a strain on our already fragile resources — police, public works and other city staff,” said Mayor Jean Quan. “We will continue to be vigilant and ensure that public safety remains our first priority and that our downtown businesses are protected from vandalism. We will not tolerate lodging on public property, whether in parks or open space. It is illegal.”

Portland, Oregon, has spent a total of about $785 000 — much of that in police overtime when officers enforced the mayor’s order to evict protesters from two downtown parks because of concerns about sanitation and public safety. Randy Leonard, a city commissioner and former firefighter, said he thinks the protest could have cost the city much more if not for a restrained police response.

“The amount of money we’re saving by [our] very strategic response versus sending police out en masse to arrest people and cause confrontations dwarfs whatever we’ve spent so far,” Leonard said.

Overtime
In New York City, the police department has spent $7-million in overtime on the protests. But that’s small change given the department’s $4.5-billion budget, which allots money for emergency overtime.

Last year, the NYPD spent about $550-million on overtime.

“Public safety and providing essential services is what we do. So the first thing we’re going to do is handle the situation, and any situation that comes up,” Deputy Mayor Cas Holloway said. “So yes, this has been significant and it’s been going on for many days but really in the broad scheme of things, it’s not something that we aren’t prepared to deal with.”

Stéphane Hessel, writer and inspiration behind Occupy movement, dies at 95

Ships set sail in memory of the Titanic