Under siege: Climate scientists defend work ahead of COP17 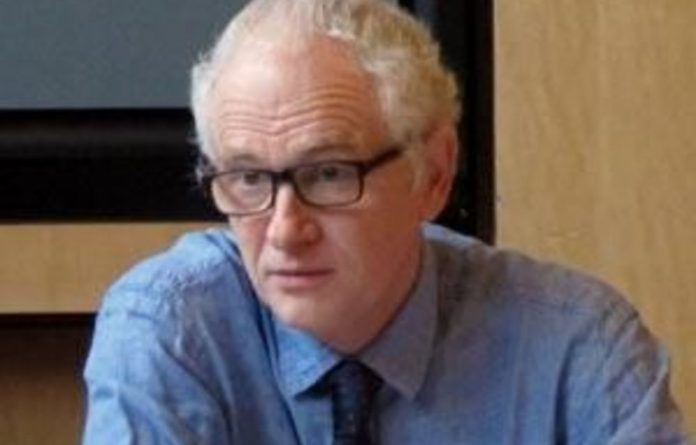 Climate scientists have mounted a robust defence of their work and debates over science after more than 5 000 personal emails were leaked onto the internet in an apparent attempt to undermine public support for international action to tackle climate change.

More than 39 000 pages of emails to and from scientists at the University of East Anglia (UEA) were loaded onto a Russian server and a link to them posted on climate sceptic websites on Tuesday — almost exactly two years after a similar release of hacked or leaked emails in the run-up to the Copenhagen climate talks in 2009.

British police have also responded to criticism that their investigation into who released the 2009 emails had yet to make any arrests. A spokesperson described it as an unusual and complex case, adding that the inquiry had "been determined and persistent in following all relevant lines of enquiry", including the latest email dump.

A selection of hand-picked quotes from the emails appeared to support the criticisms which followed the first batch of emails — that the scientists were too secretive about their data, sometimes destroying evidence to avoid it being scrutinised, were politically-motivated and were selectively choosing models and statistics to support the proposition that the global climate has warmed over the last century as a result of greenhouse gas emissions caused by humans.

But when read as part of the full email in which they appear, the quotes read very differently, the scientists counter.

'All models are wrong'
One email from Professor Phil Jones, now research director of the Climatic Research Unit (CRU) at UEA, for example, appears at first glance to cast doubt on the whole cornerstone of climate science.

He wrote that "all models are wrong". However, he explained he was referring not to all climate models but to new models attempting to average existing ones which Jones believed were not complex enough.

In another email discussing graphs of past temperature measurements Jones says "we're choosing the periods to show warming". This, Jones told a briefing at the Science Media Centre in London, was because the graphs needed to show what the data demonstrated — that there was a warming trend in both sets from 1901-2005 and 1970-2005: "Those periods show warming. They were not pre-selected to show warming," he said.

Following the 2009 emails, the university set up an inquiry led by Sir Alastair Muir Russell, which concluded last year that the university had not been open enough in answering requests under the Freedom of Information Act but backed the scientists' published work on climate change and said there was no evidence they were deliberately keeping information out of the IPCC reports or journals.

However climate blogger Steve McIntyre, who sent FOI requests to Jones, said the Muir Russel inquiry was not thorough enough to alleviate public concerns. "Part of it is they are all pals and they don't want to criticise each other," said McIntyre. "That's okay if they are writing about Assyrian archaeology but if you're writing those papers to use for public policy then there's an obligation on people to criticise what needs to be criticised."

'Truly pathetic'
Many scientists at rival institutions also came out in support of Jones and his colleagues, suggesting that the criticisms of other researchers voiced in the emails showed the scientists were doing a good job of testing each other's work.

One email from Ray Bradley, the head of the climate system research centre at the University of Massachusetts, to Keith Briffa, a colleague of Jones at the UEA, said a paper co-authored by Jones was "truly pathetic and should never have been published".

But colleagues argued this was just part of the cut and thrust of academic debate. "Reading down these selective quotes, what comes across to me is that climate scientists are a diverse, complex and argumentative bunch, much like any other group of people," said Andrew Watson, Royal Society research professor at UEA. "They argue about the data and trash the models. They bitch about their colleagues … By being sceptical, argumentative and critical of themselves and each other, they are applying the scientific method and slowly iterating towards an understanding of the climate. Which is what you'd hope they would do."

Professor Nigel Arnell, the director of the Walker Institute at the University of Reading, said: "Climate science — like all branches of science — advances through scientists questioning and challenging each other over not only their conclusions but also how to present evidence … A string of enquiries in the UK and US following the original email hack in 2009 cleared the scientists involved of any wrongdoing."

There was also widespread concern about apparent attempts to weaken the chances of governments taking action to reduce climate change emissions at the annual talks starting in South Africa on Monday.

Police investigations
"The real world context is the continuing rise in human-generated atmospheric carbon dioxide and the evidence that our ability to avoid damaging levels of climate change is slipping away," said Chris Rapley, professor of climate science at University College London. "Sadly the messages that the hackers and their supporters seek to deliver feed an all-too-human need. Climate change is unwelcome news. This is the case not just for the obvious vested interests but to all of us whose prosperity derives from its underlying causes."

Norfolk Police confirmed on Wednesday that Operation Cabin, the two-year investigation into the original release of emails onto the internet in late 2009, is ongoing and that the new release was "of interest" and will be considered by the investigation.

"This is an extremely unusual and complex case which continues to be played out on the world wide web," said a spokesperson. "The team has, however, been determined and persistent in following all relevant lines of enquiry, some of which have been international in nature. This adds further levels of complexity and can be time consuming."

Addressing growing frustrations about the length of time the investigation is taking, Detective Superintendent Julian Gregory, the officer in charge, said: "I understand that people will want to know how the investigation is going but keeping tight-lipped about what we are doing was a necessary part of our investigative strategy. Now two years on, we are reviewing the outcomes of the enquiries so far with a view to making a decision about the future."

'Bring them to justice'
The force was also forced to reveal on Wednesday, in a freedom of information response to a blogger, that the investigation has not incurred any costs since February of this year and that a total of £5 649 has been spent on it over the past 12 months. In reaction to this information being made public, the police spokesperson said that it was "relevant to note that the figures relate only to additional expenditure and do not include officer and staff time on the investigation, which is not routinely recorded".

Further scrutiny was placed on the police investigation when Edward Markey, a Democrat congressman from Massachusetts who has long advocated for political action on climate change, called on the "US intelligence community" to assist the "British and others" in finding the perpetrator.

"If this happened surrounding nuclear arms talks, we would have the full force of the western world's intelligence community pursuing the perpetrators," he said. "And yet, with the stability of our climate hanging in the balance with these international climate treaty negotiations, these hackers and their supporters are still on the loose. It is time to bring them to justice." —