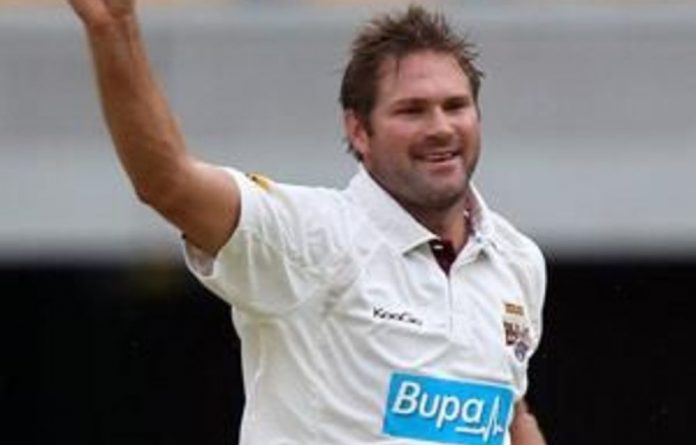 Australian fast bowler Ryan Harris said on Thursday that two-Test series’ were pointless and the International Cricket Council (ICC) needed to get their priorities right.

Fourth-ranked Australia are gearing for their third consecutive shortened Test series against New Zealand next week and Harris said it was a terrible blight on what he considers to be the most important form of the game.

Australian and South African players called for a third-match decider after their gripping two-Test series was deadlocked by the tourists’ thrilling two-wicket win in Johannesburg this week.

Harris said three-Test series should be a minimum for traditional international rivals and called for Twenty20 matches to be slashed to accommodate the five-day game.

‘Pointless’
“Two-Test series’, personally in my point of view, are pointless,” he told reporters.

“If it’s 1-1 at the end of the series you walk away with an empty feeling.

“Three-Test series have to be a minimum, if not more.

“It’s crucial. I’m not sure how they do it with the amount of cricket there is — cut-backs from Twenty20 — but Test cricket is the one.

“I’m not knocking Twenty20, it’s great for the game, but you have to get your priorities right.”

Biggest rivals
Harris, treating a hip injury to play against New Zealand at the Gabba, said the Black Caps had once again been given just two matches in Australia against their biggest rivals.

New Zealand will play in Brisbane, starting next Thursday and Hobart before Australia start a lucrative four-Test series against second-ranked India, starting on Boxing Day in Melbourne.

“For two of the best Test cricket nations [Australia and third-ranked South Africa] not being able to play a three-Test series is very disappointing. It was terrible,” Harris said.

New Zealand skipper Ross Taylor said while it was disappointing for the Black Caps to have been given two Tests in Australia, the onus was on his eighth-ranked team to warrant a longer series through improved performances. — AFP