An important journey not yet completed 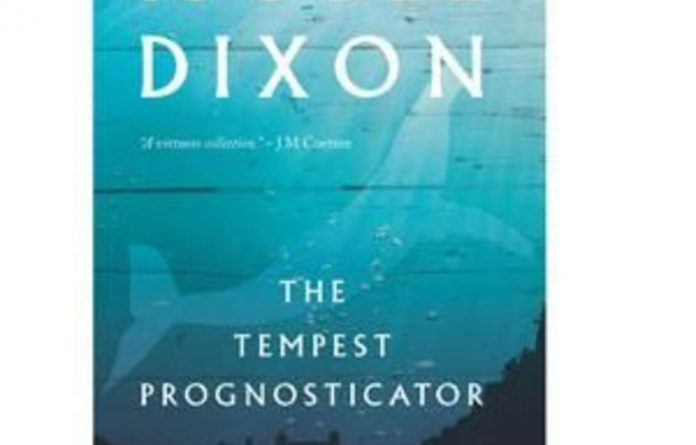 The Tempest Prognosticator, ­Isobel Dixon’s third book of poems, ­follows her prize-winning ­collections, Weather Eye (Carapace, 2001) and A Fold in the Map (Jacana, 2007).

Although she lives in ­England where her work as a ­literary agent has played a critical part in ­promoting South African ­writers ­internationally, all three of her collections have been published by South African presses.

Her first two books read like ­letters home, suffused with loss and dense with references to hadedahs, ­mosquitoes, Christmas beetles and the Karoo landscape of her childhood. The poems in this most recent volume are of a different order — the awkwardly titled The Tempest Prognosticator initiates a move away from what Dixon, in her poem Fruit of the Land, terms “the precious milk and honey of nostalgia”.

Unlike in her earlier collections there is no clear thematic thread to provide a narrative for the reader to follow. Nonetheless, something interesting is at work here — the poet begins to venture into uncharted ­terrain, the spaces between home and away, the known and the unknown, history and the present. In Capricorn she writes “you and I are liminal in more than ­latitude”, and these new poems convey this sense of moving between and ­occupying ­multiple worlds.

Consciously crafted
The ­Tempest ­Prognosticator positions Dixon as an international poet — baboons, baobabs and impala now figure alongside moose hunters in Alaska, Damian Hirst’s decomposing shark, colonial-era inventors and explorers, and the oceans of the moon.

These are also what might be termed “difficult” poems and they read as far more consciously crafted than her earlier work. JM Coetzee’s note on the back cover of the book describes it as a “virtuoso collection, the work of a poet confident in her mastery of her medium”. Coetzee’s brief statement concisely articulates what I find most disconcerting about Dixon’s new collection. When poetry and mastery merge, is what emerges still a poem? Is poetry not in some fundamental sense about failing to ­master language, ourselves, the world? Can poems be too perfectly rendered?

And if they are, are they not more like caricatures of poems? These are interesting, accomplished poems, even important poems, but these are not poems I love.

This is because there is a tension in the book between the experimental, which is great, and the ­contrived, which is not. It is as if Dixon is ­working her way towards articulating a different self through the ­formulation of new poetic voices, none of which yet ring true or sound quite like her.

This may read as an unfair critique of Dixon’s latest work; however, anyone who has read her collection A Fold in the Map will know that she is one of the finest South African poets ­writing today and that, in large ­measure, the power of her work lies in her ­distinctive voice.

Dixon’s remarkable work that chronicles her father’s illness and death brings to mind the work of internationally acclaimed poet ­Margaret Atwood’s poems ­written for her own dying father.

Two poems included in the book, Familiar and Every Valley Shall be Exalted, contain references to the writer’s literal and metaphorical ­journeying and respectively contain the evocative lines: “I am halfway home, stopped in my tracks” and “The road to home has not yet been made straight”.

Dixon is a poet worth ­following along this circuitous path towards what I hope might be her next collection: a book that combines the emotional force of A Fold in the Map with the brave experiments with poetic voice in The Tempest ­Prognosticator. That will truly be a collection that sings.