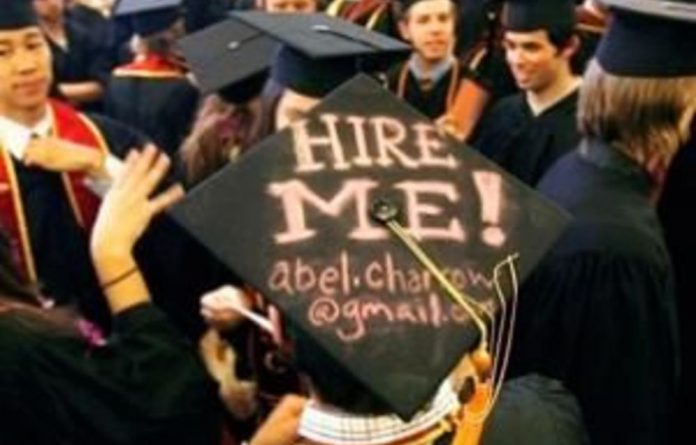 As a high-school dropout with virtually no work experience I qualify for a PhD in theology.

An Ashwood University consultant confirmed this and, without a lick of training or studying, I could have the documentation to prove it (including a “letter of distinction”) delivered to my doorstep within 10 days.

How to buy a fake degree

The M&G‘s Lisa Steyn walks us through her investigation into the growing trend of fake degrees. These documents are being bought online and paraded on CVs at all levels of the employment sector.

I would have felt honoured had I not known that 99.9% of applicants qualify.

Unfortunately, I was unable to graduate from this prestigious institution as the “combo package” on offer (a high school diploma, BA, MA and PhD) would have set me back almost $1?596 (R10?170) — a Thanksgiving offer that had slashed the price by more than R4?000.

Three institutions, Ashwood, Belford and Almeda universities, are among several offering “life experience degrees,” which require no further study or training — only a sizeable sum of money.

Recognised where?
Such institutions assure prospective clients that the degrees are recognised locally and internationally — Ashwood consultants told me that the South African Qualifications Authority recognised its degrees.

A search for fake university degrees on LinkedIn, a popular global social networking website for professionals, yielded a handful of results for South African business people.

Some of these professionals, even those working for listed companies, openly display such qualifications on the website.

Gauteng’s operations head at Standard Bank listed an MBA from Belford University on her LinkedIn profile.

She confirmed this, but failed to respond to further emailed questions and said she did not wish to be party to the article.

Danie Strydom, managing director of the Qualifications Verification Services company in Stellenbosch said, in his view, both Ashwood and Belford appeared to be degree mills.

A former project manager at the furniture retailer JD Group listed a qualification from Almeda University.

Distance education
Strydom described it as an unaccredited United States institution that offers academic degrees through distance education, including a “life experience degree”. The Almeda graduate acknowledged that he had such a degree but was not available for further comment.

But an employee at platinum miner Lonmin, who also obtained a degree from Almeda, claimed it was not as easy as it seemed. He said not everyone was accepted and he had completed 17 assignments in 19 months to get his bachelor’s degree.

His entire education, he estimated, cost R8?000 compared with the “exorbitant” fees charged by local universities. He is now doing a PhD in theology through the non-accredited institution.

Cynthia Schoeman, managing director of Ethics Monitoring and Management Services in Johannesburg, said the gut reaction was to say “of course it’s illegal”, but, in fact, most of these institutions would have fine print somewhere to indicate that the degree was not valid in most instances.

A grey area
Strydom said it remained a “bit of a grey area” and the issue was a matter of sensitivity in South Africa. The pressure to obtain employment might be the simplest of reasons, Schoeman said.

“LinkedIn has cornered the market,” she said.

The site was used successfully not just for recruitment but as a marketing and sales tool, which might explain why people posted fraudulent CVs on it.

This year the universities of Johannesburg and Cape Town undertook to prosecute people who used fake degrees purporting to have been issued by them.

These degrees are believed to be bought from degree mills in the United States and the United Kingdom.

Strydom said more South Africans were applying for the fake degrees, perhaps because of the prevalence of cellphones and internet cafés. Up to 15% of formal qualifications submitted to verification agencies turned out to be bogus. Belford, Ashwood and Almeda universities and the South African Qualifications Authority did not respond to questions.

Strike called off as Unisa, SRC reach an agreement