Dolly was a triumph against apartheid 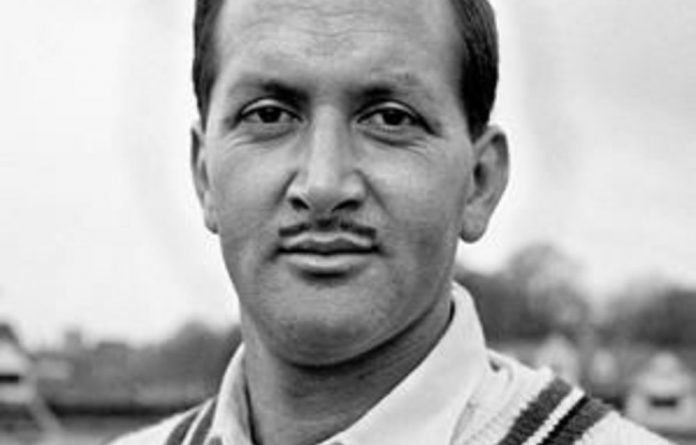 Although Basil D’Oliveira, who has died aged 80 after suffering from Parkinson’s disease, was one of the greatest cricketers ever to come out of South Africa he will be best remembered for the dramatic role he played in helping to defy apartheid in sport. As a mixed-race, in South African terms, “coloured”, player of exceptional ability in his native Cape Town, he was denied the chance to play for his country of birth by the racial segregation of the apartheid regime.

From an early age D’Oliveira was the best cricketer in the non-white leagues of South Africa. At 21 he hit seven sixes and one four in an eight ball over and, at 23, scored 225 in an astonishing 75 minutes — out of his team’s total of 236. He was a successful medium-pace bowler too, taking nine for two in one innings, and before long he became captain of St Augustine’s, the premier Cape Town club, near his birthplace of Signal Hill, a team his father had also skippered.

Had he been white, D’Oliveira would probably have played for South Africa in his teens and may well have risen to be acknowledged as one of the greatest cricketers of all time. But while his success in non-white cricket was unmatched he spent his prime years, up to the age of 28, confined to playing on scrubby matting wickets on wasteland. By 1959, disillusioned and disheartened, he became resigned to his situation, marrying his childhood sweetheart, Naomi, and channelling his efforts into his job as a machinist at a printing firm.

Then he received a reply to a letter he had sent, more in hope than expectation, to Middleton cricket club in Lancashire. Their West Indies professional, Wes Hall, had pulled out at the last minute, and they were offering D’Oliveira a playing contract for the summer of 1960. The news energised not just D’Oliveira but much of black Cape Town, which raised the money to pay for the ticket to send him to England. At an age when most cricketers would be reaching their peak he was just starting out.

D’Oliveira’s early days in the cold and rain of Lancashire were miserable. In profound culture shock and in testing playing conditions he had never experienced before, he made a wretched start. But with moral support from the broadcaster, Guardian writer and anti-apartheid campaigner John Arlott, who had helped him get the Middleton job in the first place, he gradually turned around a series of poor performances until he topped the Central Lancashire League batting averages, ahead even of the great West Indian all-rounder, Garry Sobers. His contract was extended for another two years.

D’Oliveira returned to England in the spring of 1961 with Naomi, this time for good. England batsman Tom Graveney recommended D’Oliveira to his own county, Worcestershire, and he was signed up, though only after he had made the decision to lie about his age. He made his first-class debut at 30.

The first non-white South African to play county cricket, D’Oliveira’s exhilarating middle-order batting and tight bowling made an immediate impact as he scored a century on his county championship debut in 1964 and helped Worcestershire win the competition that year.

In May 1966, now a British citizen, he was selected to play for England at the age of 34. He made his debut against the West Indies at Lords and had a successful series, showing a trademark ability to produce his best under the most intense pressure.

After another good series at home against Pakistan and India in 1967, when he was named one of the five Wisden cricketers of the year, the first blip in his inexorable rise came during the 1967-1968 tour of West Indies, where modest performances on the field were partly attributed to his enjoyment of local hospitality.

With the 1968-1969 tour of South Africa coming up, D’Oliveira refocused, and he hit a fighting 87 in the first Test of the 1968 summer series against Australia. But it became clear that members of the cricketing establishment wanted to avoid the embarrassment of taking him to South Africa and, to widespread disbelief, he played no further part in the Ashes series until the final Test at the Oval, where he was a late substitute. Knowing that his place in history was riding on it, D’Oliveira rose to the challenge with a score of 158, to help England win the match and draw the series, and so topped the Test averages for the season.

For most commentators he had squarely made his case for inclusion in the squad to South Africa, but the Marylebone Cricket Club, which picked the touring team, felt otherwise. To general consternation and much recrimination he was left out.

D’Oliveira, privately devastated to the point of physical collapse but publicly stoic throughout, received many thousands of letters of support — while the cricket club was castigated by the media and the Labour government for the cowardly appeasement of apartheid.

Chastened by the outraged response the cricket club found a way out. On September 16 1968 bowler Tom Cartwright pulled out of the tour with an injury, and the selectors brought D’Oliveira in, even though he was not a logical replacement for the slot that had been vacated. D’Oliveira and his supporters celebrated, but the moment was short-lived. Within three days the South African government had made it clear that it would not allow him to play, and the cricket club was forced to cancel the tour.

The decision was a disappointment for D’Oliveira, but it marked a key point in the isolation of apartheid South Africa and brought D’Oliveira hero status. When the 1970 South Africa tour of England was cancelled too, he batted with great success against a replacement Rest of the World side and, in the following winter, played a major role in England’s Ashes-winning tour of Australia, scoring a match-saving 117. Though by now showing his age, he appeared 11 more times for England, playing his last test in 1972 at the age of 41. He featured in 44 Tests in all, scoring 2 484 runs and five centuries at an average of 40.06 and picking up 47 wickets at 39.55 runs apiece.

His county career continued for another eight years, and he was a dominant figure in the Worcestershire team that won the county championship in 1974, making his highest first-class score, 227, that year. He bowed out in 1980, having averaged 40.26 with the bat in 367 first class matches, with 45 hundreds and 551 first-class wickets at 27.45, all in his 30s and 40s.

D’Oliveira remained with Worcestershire as an avuncular coach, guiding the county to two more championships in 1988 and 1989 and being appointed to the Cricket Board of England in 2005. A stand at Worcester’s New Road ground was named after him, and Test series between South Africa and England are now fought for the Basil D’Oliveira trophy.

He is survived by Naomi and their two sons, Damian, who also played for Worcestershire, and Shaun. “Dolly”, as he was affectionately known, was a very popular figure in his adopted home: he had also carried the hopes of so many black South Africans and, through grit, determination and huge skill, triumphed on their behalf as well. —

Hero and villain emerge from SA