Last lineout for Victor Matfield, the king of locks 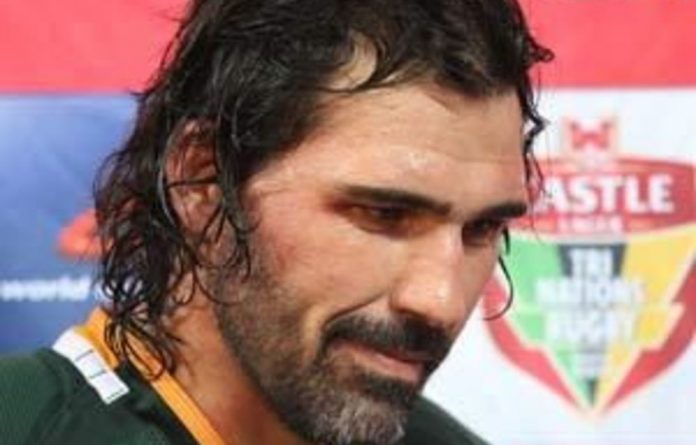 Twenty years ago England coach Geoff Cook, when asked how he would replace the great eighth man Dean Richards, responded: “The graveyards are full of indispensable men”. Those words ought to ring through the corridors of the South African Rugby Union (Saru) this week when Victor Matfield plays his final game of first class rugby.

Matfield will lead the Barbarians against Australia at Twickenham on Saturday and bring the curtain down on the most successful rugby career of any South African in history. Matfield won everything there was to win. He retires as the most capped Springbok of all time, with a World Cup, a Lions series and two Tri-Nations titles to his name. With the Bulls, he won three Currie Cups and three Super Rugby titles. Every team that he played for had a better than even chance of winning because he was in it.

That was as true in New Zealand in 2011 as it was when he first emerged from Pietersburg High School to play for the Far North at Craven Week in 1994. Eventually, he enrolled at the University of Pretoria and was immediately dubbed “Fai”, the nickname his father, also Victor, had carried for decades. He’s still Fai to his mates and that’s what went in the programme at Loftus Versfeld when he began to play for their age group sides in the late 1990s.

In those teams Matfield was always a man among boys and clearly good enough to play senior rugby when still a teenager. But the Bulls’ union is nothing if not conservative and they let him languish in the Under 21s and then, in 1999, actually sent him on loan to Griquas for the year. They preferred Derrick Grobbelaar, Jaco Barnard and Wium Basson, so Matfield got to play a season alongside the emerging Springbok lock, Albert van den Berg.

‘Man of the match’
Astonishingly the Bulls even let Matfield play Super Rugby for the Cats that season under former Springbok coach Andre Markgraaff. At a pre-season press day I congratulated Markgraaff on his prescience in bringing Matfield into the squad.

“Do you think he’s any good?” said the coach.

“He’s the man of the match every time he plays,” I replied.

“I’m pleased to hear that. You see, I’ve never seen him play.”

It was Harry Viljoen who first got Matfield into the Springbok set-up and it’s pleasing to recall that the greatest Bok lock of the 1990s, Mark Andrews, played several Tests alongside the young tyro. It was a passing of the baton in more ways than one, for Matfield’s latter-day acclaim came after several coaches and many couch-based critics accused him of fringing.

Glittering career
Andrews and Matfield shared a more cerebral view of the role of the lock forward than is common currency in this country.

Andrews was once asked by coach Nick Mallett to hit more rucks if he wanted to keep his place in the side. “I want you to play more like Selborne Boome,” he said. “But coach,” replied an affronted Andrews, “I played like him when I was 21.”

Many times during his glittering career Matfield was compared unfavourably with his great friend and colleague, Bakkies Botha, a more earthy presence on the field who played a game more familiar to the vast majority of Bulls and Bok fans. The acid test was always to look at how Bakkies played without Victor, and frequently he looked like a rudderless ship.

Before Andrews became a fixture in the Bok side there was still great naivety in the local game after so many years in isolation. There was an assumption that no one outside South Africa understood Afrikaans, which led to one Test where the line-out call “Oupa” was used, to designate a throw to the 37-year-old Deon Lotter at the tail.

A science
Andrews improved on that, but Matfield turned lineout play into a science. His natural athleticism would have secured him the ball in any era, but when lifting, or “support at the top of the jump” as it was euphemistically called, was allowed at the turn of the century, Matfield became the nonpareil.

Aside from winning everything thrown to him, Matfield had a way of analysing opposition lineouts that reduced great sides to nervous rabble. Sometimes he had it down pat from pre-game video analysis, other times he worked it out as he went along. Both ways, he became the stumbling block for opponents who simply hated watching him walk down the tunnel to start the game. If, as seems likely, he steps straight into a coaching role, the same opponents will rue the day.

At Twickenham on Saturday he will do that for the last time in search of a kind of Triple Crown. In the past two seasons, the Barbarians have beaten both South Africa (minus Matfield) and the All Blacks, the latter with Matfield in the captain’s armband. It would be a huge feather in the cap of the greatest invitation side of all to complete the job against the third Tri-Nations side. And, as usual, with Matfield at lock, they have a better than even chance.

Round five and the Super 18 is all at sea

If playing ball was about morality…

Boks must bring backs to the front