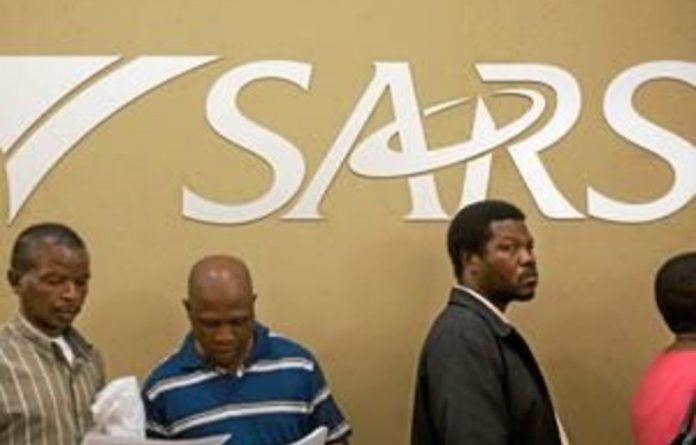 The South African Revenue Service (Sars) has commenced audits and investigations of 180 high net-worth individuals (HNIs), spokesperson Adrian Lackay said this week, with another 30 to be pursued in this current financial year.

Meanwhile, two errant taxpayers have agreed to pay over R200-million each of previously undeclared tax as Sars prepares criminal charges against them.

Earlier this year, Sars announced that only 360 individuals earning more than R7-million a year, or with assets in excess of R75-million, were registered to pay tax. There are, however, 2 800 of these HNIs in South Africa.

According to Sars more than 50 HNIs were identified who owned luxury private planes valued at more than R20-million but declared gross income of less than R1-million in their tax returns.

Similarly, more than 1 100 individuals had been identified who owned property worth more than R30-million, the majority of whom, as Sars stated at the time, “appear to earn very modest incomes that are not reconcilable with assets registered in their names”.

The New York Times reported that United States President Barack Obama included the “Buffet rule” in his latest budget plan sent to Congress. The rule is aimed at ensuring that wealthy American citizens earning more than $1-million a year do not end up paying less tax than low and middle-income Americans.

The Buffet rule was born after billionaire Warren Buffet disclosed in the paper’s op-ed pages that he paid less tax — 17.4% of taxable income — than the people who worked for him. On average, they paid 36%.

South Africa’s tax system is less kind to higher income-earners, with people earning more than R490 000 a year paying the top marginal rate of 40%. But research done by Unisa’s department of taxation and its Bureau of Market Research (BMR) last year indicated that South Africa had a potential tax gap — the difference between what households should have paid based on the BMR’s household survey and what they declared they paid in the same survey.

Tax gap
The report indicated that the potential tax gap existed at higher income levels, or those earning R22 500 or more a month.

This did not mean that higher income-earners were not paying tax, but the research suggested that they were not paying as much as they were liable for, said Bernadene de Clercq of the university’s taxation department.

The research took data from the BMR’s annual Household Income and Expenditure Survey and used it to model the amount of tax that each taxpayer should theoretically have paid by income group across the different provinces. This was then compared with the amount of tax these taxpayers declared they paid in the survey.

Although the findings were by no means flawless they had begun to build a picture of a possible tax gap across income groups and provinces, De Clercq told the Mail & Guardian.

The results showed that there was a relationship between the growth in a household’s income level and the extent of the possible tax gap.

The research did not cover the super-rich.

But it did reveal much about the nature of income, according to De Clercq. Many higher income-earners were not taxed directly through the payroll or PAYE (pay as you earn) as they could be business owners or entrepreneurs.

But it did not mean that upper income-earners did not pay tax, she argued, as they would pay tax through their businesses.

The Sars statistics revealed that, when it comes to personal income tax, middle and higher income-earners are the most significant contributors.

In the 2009 tax year people earning R200 001 to R300 000 a year, contributed roughly 14.8% of personal income tax revenue. This is reflected in the statistics under total tax assessed, which corresponds roughly to what Sars collects through PAYE — the main source of collection from individuals. The tax assessed indicates the final liability of an individual taxpayer who has submitted a tax return.

Those earning between R500 001 to R750 000 contributed to about 14%. These numbers do, however, have some room for error as only 69% of all tax returns had been assessed at the time of publication, in part thanks to the added time it takes to assess people who file returns manually and also because of the timing of the data extracted for publication.

Carel van Aardt of the BMR said that, when it came to higher income-earners, an estimated 30% of people who earned more than R750 000 a year were entrepreneurs.

He pointed out that higher income-earners generally had more disposable income and tended to buy more consumer goods, as a result paying more value-added tax.

The incomes of these individuals were also more likely to be transferred into their businesses or into family trusts, which allowed for tax-planning.

There were 331 954 trusts registered, but these showed negative growth year on year of 15.4% in 2009/2010, as Sars had worked to make them less attractive for tax planning purposes.

According to De Clercq the introduction of a dividends tax for some classes of shareholders in 2012 would also make it less attractive for high net-worth individuals to earn large portions of their income through dividends payments, which were formerly tax-free.

However, this would not apply to dividends paid to entities such as retirement funds.