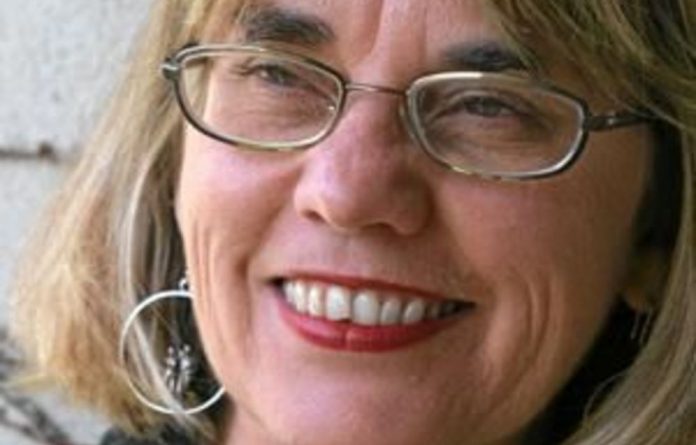 Ingrid de Kok’s fifth collection of poems, Other Signs, offers a profound engagement with what it means to be South African. De Kok has published poetry that decidedly complicates any neat diagnosis of the South African condition since the late 1970s and her sustained examination of the particularity of her past and present puts to shame the recent debate on whiteness and questions of “how to live in this strange place”.

De Kok has neither followed friend and fellow poet Antjie Krog in “begging to be black” nor has she quietly retreated into a corner, pulling the duvet of white guilt over her head. Instead she has walked the hairline fault between the personal and the political. Here there are no pre-established positions, but a constant navigation of shifting circumstances.

What do white South African women poets working in the lyric tradition write about? Love, of course; even sex; gardens, especially in the mornings; childhood and the family members who populate them; childbirth; illness; loss; and sometimes events reported in the newspaper.

Many of these sorts of poems are beautiful and moving, but also blind to the conditions of their own possibility and making. De Kok writes of these things too, but also marks her own way of seeing and its limits.

In this way she has used poetry to move us towards imagining ourselves anew, fusing the public and the private, forging and claiming a space for poetic-political intervention.

Consider these lines from her poem Small Passing, first published in 1983 and written “for a woman whose baby had died stillborn” and who was told by a man to stop mourning, “for the trials and horrors suffered daily by black women in this country are more significant than the loss of one white child”: “I think these mothers dream/ headstones of the unborn./ Their mourning rises like a wall/ no vines will cling to. / They will not tell you your suffering is white./ They will not say it is just as well./ They will not compete for the ashes of infants./ I think they may say to you: / Come with us to the place of mothers./ We will stroke your flat empty belly,/ let you weep with us in the dark, / and arm you with one of our babies/ to carry home on your back.”

In this poem and in all her work that follows De Kok has been pushing at the boundaries of what can be said, reminding us over and over of what we would rather forget and finding ways to speak our silences.

Less-obvious signs
Her work eschews grand gestures, posturing and “the sentimental rhyme,/ generic trees and birds, harsh images of fathers” and hones in on the particular, subjecting the texture of the everyday world to close scrutiny.

In her new book De Kok is, as ever, attuned to other less-obvious signs: the passage of time and the “drone of tractors/ excavating new roads/ out of the past’s dusty reservoir”; “The Milky Way” that “leaks colostrum light” illuminating a path that “can be read” only to “lead us on/ A little further into night”.

The book is divided into three ­sections, “Shards”, “Wings” and “Vocation”, and each section entails the reading of signs, some in the present, some in the past and some the signs of endings that are yet to come.

In Haraga De Kok writes of migrants who attempt to stay in Italy without official documents and burn their fingertips so that they cannot be identified and deported: “Without ID you are nothing and everything, / litmus for another country’s acid test./ No rest now, blank slate, stateless enemy/ of those whose lips and fingers can be read.”

This poem is a companion piece to Today I do not love my country, written in the wake of the xenophobic violence that erupted in South Africa in May 2008. On other days, the poet writes, she “may argue our grievous inheritance” or even run her fingers “along the downy arm of the morning” or “sing with others the famous forgiving man,/ who has forgotten who were enemies, who friends.”

“But today”, she writes, “today I cannot love my country./ It staggers in the dark, lurches in a ditch./ A ­curdled mob drives people into pens,/ brands them like cattle,/ only holds a stranger’s hand/ to press it into fire,/ strings firecrackers through a child,/ burns stores and shacks, burns.”

Here, as in her poems about the Truth and Reconciliation Commission that appear in her 2001 collection Terrestrial Things, De Kok affirms her ­position as one of our most important ­writers, her work a seismograph of our history.

In Vocation writing is both the conjuring of signs and the charting of a course and poems figure here both as map and a chronicle of the poet’s life.

Beauty and force
De Kok shares with us the secrets of this journey: “A backpack of songs, a map of words”, the “indispensable” stars, “the honeyguide” and the “other signs” of the book’s title: “Father’s compass to spin me round,/ Mother’s messages in air,/ White arrows at crossroads, painted by friends,/ Childhood’s morse, all seven senses,/ Warning flares fired by strangers,/ My country’s graves, its electric fence.”

“Most things are quite ordinary,” she insists, and yet herein lies the beauty and the force of her work. The poet not only conjures and assembles “other signs” but also, quietly, almost imperceptibly, teaches us to read them. And this, I think, is an extraordinary gift.

The bleak shelter of Yellow Shade