The end of India’s ‘killing machine’ 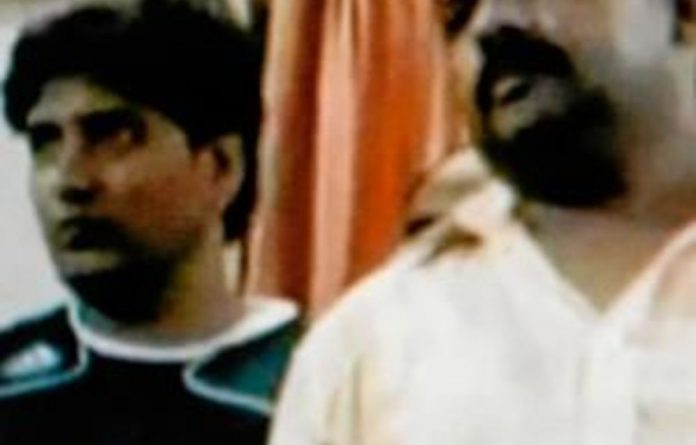 It was a late summer’s evening in Ghaziabad city. Two small cars were parked outside the Bikaner Wallah sweet shop. Sitting in one of them, with two friends, was Jagghu Pehlwan, wanted for more than 150 murders. In the other five more men were drinking and talking. Watching through the heavy monsoon rain were members of the Ghaziabad police special operations group.

According to Inspector Anil Kaparwan, who leads the group, Pehlwan fired “two or three shots” from his Beretta pistol but otherwise was captured without a struggle and was soon behind bars. If the charges against him are true, Pehlwan is alleged to be India’s most notorious contract killer and one of the world’s most lethal serial murderers.

With his case making its slow way through India’s courts, Pehlwan gave his first interview last week to the Guardian. Talking on a cellphone in his cell, the 130kg prisoner claimed he had been framed and was innocent. He denied involvement in any of the key cases — mainly murders of local businessmen and politicians alleged to have been ordered by the victims’ rivals — or the secondary accusations of extortion, kidnap and gun-running.

“These charges are all invented,” the 28-year-old prisoner said. “I have never hurt anybody, let alone ­murdered someone.”

For Kaparwan, however, Pehlwan is a “killing machine”. Interviews with the police and Pehlwan’s relatives have revealed that the affair is much more than a simple “true crime” story. They shed light on the appalling violence, corruption, political intrigue and poverty that occur only a short drive from India’s capital: the dark side of the astonishing economic development of the country in recent years.

Pehlwan was born in Nithora, a rough village on the outskirts of Ghaziabad, in 1983. Other than the local reputation for producing wrestlers and street fighters, Nithora is typical of tens of thousands of other such villages across India. Buffaloes are tethered in the yard of each brick home. Water comes from a well and there are no sewers. Dusty, rubbish-strewn fields are crossed by dirt roads.

Pehlwan’s father, a retired minor government clerk with a small transport business, sent his son to a good local school. By his teens, however, the boy was in trouble for brawling. Soon Pehlwan — the nickname means “wrestler” — had left school, married and joined the tens of millions of young Indian men born in rural villages who have no real qualifications or skills.

According to the police, he soon found a way to make a living, becoming an accomplished car thief and working as a strongman for local gangsters by his early 20s.

Ghaziabad, the nearby city, is a tough place. It lies in Uttar Pradesh, the vast northern Indian state with a population of 200-million and levels of deprivation often worse than sub-Saharan Africa. New Delhi, where wealth has quadrupled since liberal economic reforms were pushed through when Pehlwan was a teenager, is only 50km away.

With patchy rule of law, however, recent decades have seen a free-for-all, with huge riches available to the clever, powerful, daring or brutal. Nowhere is this more true than in the frontier zone between Delhi and its poor rural hinterland. Cities such as Ghaziabad are favourite places for Delhi-based criminals to find what they need: guns manufactured in clandestine workshops, false ­identities, drugs and men prepared to kill for money.

Kaparwan estimates that there are more than a dozen contract killers working in Ghaziabad. They are usually hired by gangsters, businessmen and local politicians. But last month a 45-year-old mother of six was charged with paying 100 000 rupees to have her abusive husband murdered.

“That’s about the going rate for a low-level guy,” said Kaparwan.

According to his charge sheet, Pehlwan’s favoured places of work were the raw new satellite towns, such as Gurgaon and Noida, springing up around the capital. With their call centres, multinational firms, malls and metro, both epitomise the new India. So did Pehlwan’s alleged clients and victims.

Pehlwan is accused of murdering a hotel owner in Delhi’s upmarket Safdarjung enclave in 2003. In 2008 he allegedly killed three political leaders in Ghaziabad and in Noida, close to where the Formula One track was built for last month’s Indian Grand Prix.

Then there was a transport contractor killed on the orders of a jailed gangster, a rival shot dead in a new private hospital and a building-materials supplier murdered in the town of Sahibabad. In Gurgaon, which is home to scores of call centres and multinational businesses, Pehlwan is suspected by police of killing two gangsters in June in a contract taken out by a local councillor.

Pehlwan is accused of killing a political ­activist and a businessman in recent months after a dispute over a deal to install cable TV locally. Before he was detained the police alleged that he had been hired by a Gurgaon-based businessman to undertake five murders for a fee of about $195 000.

If Pehlwan was indeed earning vast sums, he remained relatively discreet, however. As he moved around he stayed with friends and associates, police said. But there was extensive work on the family home in Nithora, a new car and several expensive holidays.

In recent years Pehlwan boasted to the Guardian that he had flown to Indian resorts favoured by the newly wealthy middle classes, such as the Himalayan Kullu Valley and Goa.

Pehlwan also wanted to see Europe or the United States, like millions of other Indians for whom overseas trips are now feasible. “I couldn’t get a passport,” he said.

Police said Pehlwan confessed to more than 100 murders while in custody and has been charged with 31. “He co-operated,” said Kaparwan, whose team received a reward for his arrest of 50 000 rupees. “He told us everything.”

Pehlwan and his family say otherwise, denying even the charge of beating up a local official last year. “My son went to speak to the local bureaucrats but there was no violence. He just convinced him to connect the electricity to the village,” said Daramvir Singh, his father. Unlike nearby villages, deprived of power by government sloth and graft, Nithora now has electricity almost round the clock. One result was the unanimous election of Pehlwan’s wife to the vacant post of village chief.

“My son got into trouble for fighting once or twice, but otherwise would not harm a mosquito,” Pehlwan’s father told the Guardian. The alleged killer’s wife said he was “a family man” and his lawyer claimed the police were routinely bought off by politicians or rival gangs.

Pehlwan said that the police had beaten him so badly that they fractured a bone in his leg and fired live rounds into the floor to ­intimidate him. Kaparwan denies the claims, but such practices are common in India.

“I hope I will get out soon. I am praying for that. But there are so many cases against me it seems unlikely,” Pehlwan said.

His detention has made little difference in Ghaziabad. Kaparwan, who has served in the city for eight years, said he saw “new faces and more crime” every day. When he arrested Pehlwan, he found some teenagers with the alleged killer. It is these “youngsters” who worry him most. “They kept saying ‘sorry sir’,” Kaparwan said. “I asked them why they were there. ‘Just to be with [Pehlwan],’ they said. They idolised him. We let them go.” —