Up from the underground 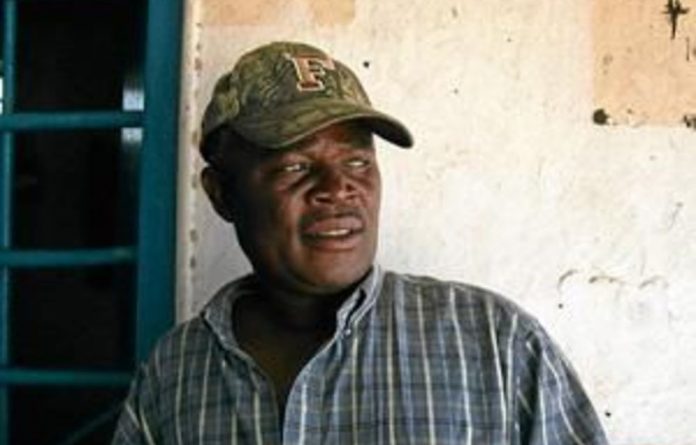 It is a Saturday night in Kitwe, a rough mining town in Zambia's Copperbelt, and the bar is growing louder by the minute. The DJ plays American hip-hop, the beer flows and crowds of young miners, grizzled expatriates and working girls shout over the din.

Once upon a time, every head would have turned when Emmanuel "Jagari" Chanda walked through the door. Tonight, nobody realises that the barrel-chested sexagenarian in the leather jacket was once Zambia's biggest rock star.

"Very few people here know me now," says Jagari, his cherubic face barely showing the years. "Kitwe is no place for artists. Here most of the people are miners."

He is out of the music business now, but not by choice. Splitting his time between Lusaka and his open-pit mine near the Congo border, Jagari scrapes out a living, hoping for a second act in music. He has travelled to Kitwe, where he grew up, to show me the birthplace of Zamrock, the music scene he helped to create in the 1970s.

Although sub-Saharan Africa isn't much known for rock 'n roll, for a brief period in the late 1960s and 1970s, young guys from Nigeria to South Africa picked up guitars and started playing like Deep Purple. The lion's share of these groups hailed from Zambia.

The biggest band was the Witch, and Jagari, an Africanisation of Mick Jagger's name, was the lead singer. Fusing the pop sensibility of the Stones, the fuzzed-out guitars of Cream and homegrown kalindula rhythms, the Witch toured all over Southern Africa, from Botswana to Kenya, playing to thousands at stadium shows.

Faded glory
The next morning we tour Kitwe, a place of elaborately potholed roads and peeling paint. Jagari points out the music shop, long shuttered, where he listened to the latest records from the West. He shows me nightclubs the Witch played in. One is still operating, though the music has changed. "Disco stuff," he says, almost spitting the words.

Today, Zambia is one of the world's poorest countries but at independence in 1964 it boasted the continent's second-highest gross domestic product, buoyed by its copper-mining industry. Jagari came of age during this optimistic time. Rock music, the sound of modernity, provided the soundtrack.

Jagari joined the Witch, an acronym for "We Intend to Cause Havoc", in 1971, and the ­following year the band released the first of five classic albums. Driven by Chris Mbewe's acidic guitar leads and Jagari's reedy, passionate vocals, the band's LPs flew off the shelves. There were party songs and odes to lost love, but the Witch also had a social conscience. A song called Motherless Child lamented family break-ups wrought by poverty.

The band wore Afros, platform boots and cavernous bellbottoms, and delighted in defying conservative mores, sometimes taking to the stage with women's underwear over their jeans. Groupies mobbed them. Drinks and weed were always available. Jagari insists he rarely indulged but others certainly did. Keith Kabwe, who sang for Amanaz, another Copperbelt group, sums it up: "We smoked a lot!"

Through it all, Jagari was the undisputed star. He'd jump into the crowd from a balcony, swing his microphone like a lasso, fall to his knees, and roll like a man in flames. "You'd think he was possessed," says Felix Nyambe, a music journalist in Lusaka.

The beginning of the end
By the late 1970s, the glow had faded. Inflation and unemployment spiked as the price of copper fell. Music bootlegging was on the rise, and money to record and tour dried up. "If the choice is between buying music and a bag of mealie meal, ­people will go for the meal," Jagari says.

Tastes were changing, too, as disco spread like a plague across the land. Jagari, who had been attending college since 1977, left the band in 1980 to become a full-time music teacher in Lusaka. He married his wife, Grace, in 1983 and struggled to ­support a growing family on a teacher's salary.

In 1993, he was arrested for signing for a shipment of Mandrax at the Lusaka airport. He denies guilt, insisting that he was merely in the wrong place at the wrong time, but he did a few years in prison for it. The conviction cost him his job and his home.

Looking back, Jagari sees the experience as a "turning point". He became a born-again Christian, forswearing alcohol and experimenting with gospel music. In some ways, he got lucky: most Zamrockers, and all of his original bandmates, are dead, primarily from Aids.

Then he became a miner. Thousands of Zambians lease digging concessions from the government, modern-day forty-niners hoping for the big strike. Jagari spends much of his time now in the bush. The idea, he says, is to mine his way back into music. He'd like to score soundtracks, open a recording studio or music school, and complete the journey he began as a Kitwe teenager.

He might get another shot. African music is hot these days in the West: Fela Kuti's life is memorialised in a Broadway show and music bloggers have picked up on Zamrock. Now-Again, a California record label that specialises in funk, soul and psychedelic music from all over the world, has reissued two of the Witch's five LPs, along with a few by other artists. More releases are in the works.

Eothen Alapatt, the label's owner, discovered Zamrock through what you might call the crate-digging underground, a globe-spanning network of DJs, musicians and record geeks. Alapatt loved the music; at its best, he says, it is "immediate, innocent, raw, frenzied". He also wanted to document the little-known scene while survivors like Jagari were still around. "I felt it was time for a resurgence," he says.

Jagari is confident his time will come again. "Look at Satchmo," he says. "At 80 he was still blowing his horn."