Mantashe confident the ANC will ‘roar’ into 2012 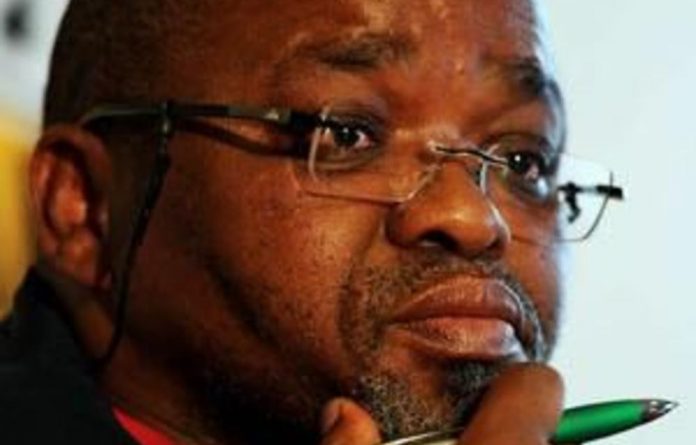 The African National Congress will roar ahead into 2012, ANC secretary general Gwede Mantashe said on Saturday.

“We have a healthy organisation … the ANC is growing,” he said at a meeting of the party’s national executive committee (NEC) at the Philip Saunder’s Resort outside Bloemfontein in the Free State.

Mantashe’s comments followed recent media reports of a possible “implosion” in the party.

ANC President Jacob Zuma delivered his political overview of the ANC and the “state of the party” report was tabled.

Policy conference
“The NEC was busy with serious work,” he said, adding it was the last NEC gathering for 2011.

It was also decided the ANC’s policy conference would take place from June 26 to 29 next year.

Mantashe said he could not comment on statements made by ANC Youth League president Julius Malema on the eve of the NEC meeting in Rocklands.

Malema, at a memorial lecture, accused the ANC leadership of double standards with regard to discipline and not keeping to the party’s history.

The youth leader told the crowd that “we are going to be suspended” and he did not care.

Suspension not discussed
“We are ready for anything,” he said.

Malema has appealed the ANC national disciplinary committee’s (NDC) decision to find him guilty of sowing divisions and bringing the party into disrepute.

He was given a five-year suspension and was told to vacate his position as president.

On Saturday, Malema was at the NEC meeting where ANC members teased him that the media was just checking if he was present during a photo opportunity.

The party said Malema’s suspension would not be discussed this weekend as it was still in the appeal process.

The NEC also discussed how ready Mangaung was for the ANC centenary celebrations in January. Thousands of ANC members were expected to attend the event.

Severe pressure
The party leadership visited various heritage sites that would be the focused on during the celebrations.

Mantashe said he felt Mangaung was ready but the city would be under severe pressure.

“For three days it would be cracking but that is a positive problem,” he said.

The usual four day NEC meeting would be cut to three days to allow members to attend the opening of the COP17 climate change meeting in Durban on Monday. — Sapa