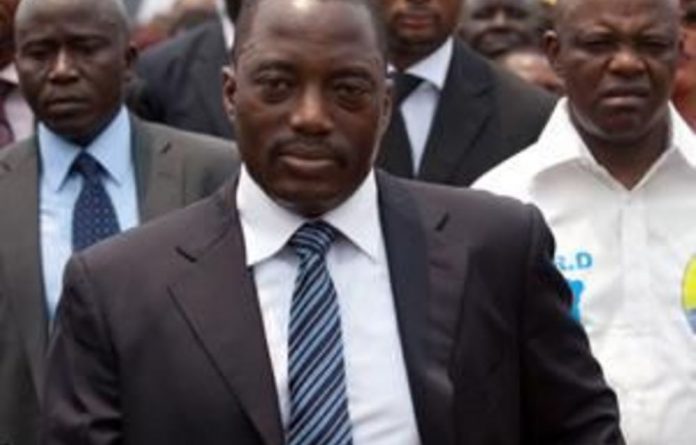 Violence erupted at four polling stations in the south of the Democratic Republic of Congo as the vast country held its second elections since a war that killed more than five million people.

Masked gunmen attacked a polling station in the southern mining province of Katanga before three of them were killed by security forces who held a further dozen involved in the assault with automatic weapons.

Voters headed slowly — and for the most part peacefully — to the polls elsewhere in the country which was devastated by a 1998-2003 war. The capital Kinshasa, where at least two people were killed in violence on Saturday, was calm.

But tensions are high after a last-minute scramble to prepare for the vote with rivals of incumbent President Joseph Kabila alleging irregularities and bias in the national electoral commission.

No casualties
“Three people were killed, seven were arrested and five handed themselves over after being surrounded by the army,” Moise Katumbi, the governor of the local Katanga province said.

In West Kasai, locals burned down three polling stations and police fired shots to disperse around a hundred people who gathered outside the mayor’s office in the town of Mbuji-Mayi complaining they did not know where to vote.

One female Renosec observer has been seriously injured after being attacked by crowds fearing electoral fraud in nearby Kananga, Francois Badibanga, spokesperson for Congolese electoral monitoring organisation Renosec said.

“The situation is not good. We are in the hospital with our observer, she is between life and death,” he said.

Dodging the puddles
An earlier downpour meant voters had to dodge puddles in potholed roads as they made their way to vote.

Even in the capital, voters complained of last-minute confusion over where they were meant to be voting due to polling stations being moved and errors with voter lists.

“We thought voting would be easy but now we’ve been told we have to go somewhere else, we don’t know where,” said voter Bibi Mbao. “We’re happy to vote but we’re a bit confused because we’re being sent left and right.”

The polls — which pit Kabila against 10 rivals while more than 18 500 candidates compete for 500 seats in Parliament — will test progress towards stability after decades of misrule and two wars in the last 15 years.

Around 5.4-million people were killed by the last war, largely through hunger and disease.

Run-off
It ended formally in 2003 but localised violence in the mineral-rich state has continued, especially in the east where a plethora of local and foreign rebel groups vie for control.

Kabila came to power when his father Laurent was assassinated in 2001 and then won the 2006 poll.

The failure of the opposition to unite behind a single candidate — after Kabila’s camp pushed through a law scrapping the need for a run-off if no candidate secures a majority in the first round of voting — has bolstered his chances.

Addressing the nation on Sunday evening, Kabila, seen by many as the favourite due to the advantages of incumbency, warned against a return to widespread violence.

“Our country has come a long way from war and conflict of every type. We must take care not to go back to that,” he said

Provisional results are due on December 6. — Reuters