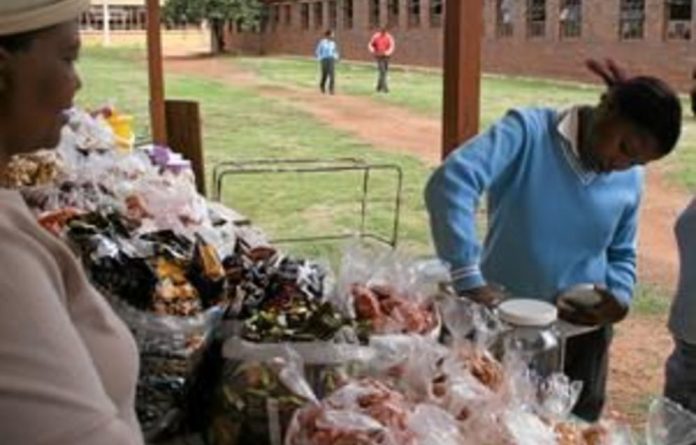 Already, a staggering 35% of high school girls in South Africa are overweight or obese, putting the country on a par with the United States where obesity has more than tripled in the past 30 years.

On the flipside, one in every five South African children under nine is stunted in terms of growth owing to under nutrition.

According to Discovery Vitality’s 2010 report card on the physical activity, nutrition and tobacco use of the country’s children and youth, stunting is also prevalent in more than a quarter of rural school-children.

Professor David Sanders of the University of the Western Cape’s School of Public Health said stunting and obesity is often found in the same family. He said stunted children often become obese as they develop and this can be ascribed to several biological factors, but the common factor in both is a deficiency of vitamins and mineral in their diets.

Professor Salome Kruger of Northwest University (NWU) said South African children develop well up to six months as most of them are breastfed, but their development deteriorates after that.

“The problem starts as soon as our children start eating solid foods,” said Kruger, who works at the Centre of Excellence for Nutrition at NWU.

She said stunted children are not necessarily going hungry, but receive food that does not contain the nutrients essential for growth at this critical age.

Sanders said stunting, which occurs in the first two years of life, has long-term developmental consequences, often resulting in the poor mental development of a child. Once obesity is established, there are later risks of non-communicable diseases, such as diabetes, heart disease and, in some cases, cancer.

Sanders said it is important to understand why people’s diets have changed.

“It is clear that in the past 15 years food availability has changed dramatically in South Africa with processed and packaged food much more affordable and available,” he said, pointing out that these foods are often high in fat, salt and sugar.

“The market has grown massively,” he said, adding that the retail sector almost doubled between 2005 and 2009.

Foreign direct investment has resulted in large food companies entering the South African market, selling food that consists predominantly of processed foods and snacks. This, coupled with a much larger purchasing population, has expanded the market

A survey in Mt Frere in the Eastern Cape and Khayelitsha in Cape Town shows that 80% of shelf space in supermarkets is taken up by processed foods that are 60% cheaper than healthy food.

“It’s cheaper to buy a Coke than it is to buy milk,” said Sanders. He pointed out that this is a global phenomenon. Government policies that tax unhealthy food, subsidise fresh food and offer incentives for retailers to stock healthy food are critical.

Professor Hans de Ridder, the director at NWU’s School of Biokinetics, Recreation and Sport Science, agrees that childhood obesity is a threat to public health and a ticking time bomb. De Ridder links the problem to a lack of exercise. In South Africa children spend on average more than four hours a day watching television, with many schools not prioritising physical education.

Dr Deepak Patel, clinical specialist at Discovery Vitality, said although research on childhood obesity is paltry in South Africa, Vitality has witnessed a tremendous rise in chronic diseases among adults. It is its number-one outlay, with all the diseases related to lifestyle.

“We are seeing these trends in the affluent and less affluent populations,” he said, emphasising that it is critical for children to engage in healthy activity from early on to prevent problems in the future.

This article was first published on www.health-e.org.za