Rwanda’s media in a state of hesitation 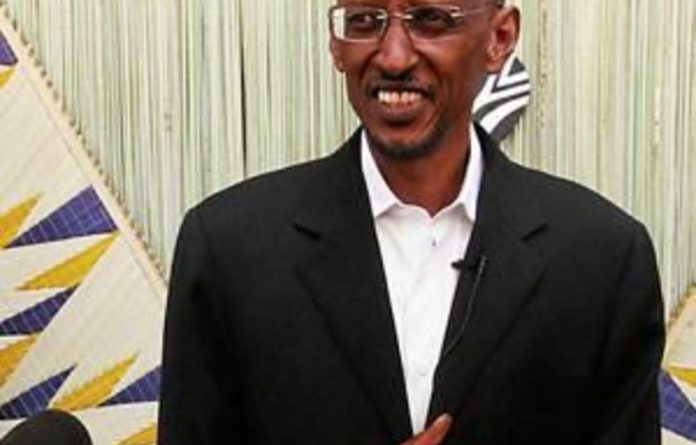 As we drove from the airport to the hotel in Kigali in Rwanda, my mind was in turmoil: this was the tiny country where an estimated 800 000 men, women and children were butchered in the space of 100 days in 1994, at the time when South Africa was celebrating the dawn of democracy here. Apartheid probably killed more than 800 000, but not in a concentrated dose like Rwanda.

I couldn’t bring myself to ask about the genocide, but instead asked our hostess why there were so many people, cars and scooters out in the streets at this time of night. She explained that the city went to bed only after 10pm when the shops closed. We wove our way up and down hills and she told us that Rwanda was called the country of a thousand hills. We told her about our Valley of a Thousand Hills in KwaZulu-Natal.

The Serena Hotel, where the Third National Dialogue on Media was to be held over two days, was like any other five-star hotel in the world: busy, shrugging off tales of the world’s financial woes. The staff offered smiling service.

As I went to bed, I thought about the ironies of the invitation to participate in the dialogue: as I’d be sitting in the conference, Parliament back home would be debating the secrecy Bill, and that I was the guest of a government agency, the Media High Council (MHC).

The invitations I get from other African countries are from journalists, when their attempts to establish media self-regulation are thwarted by governments that argue that self-regulation in South Africa has failed and that the ANC had good reason to propose a statutory media appeals tribunal. This time it was government that wanted to shed its role in regulating the media.

In the morning, I saw the lush trees of Kigali and they reminded me of some richly green parts of Pietermaritzburg. Prime Minister Pierre Damien Habumuremyi opened the conference and we had a presentation by the minister for cabinet affairs responsible for media development, Protais Musoni. Impressive.

Since the 2010 dialogue, government has worked with enthusiasm on reforming media policy. Habumuremyi told the conference: “The government I serve is a government of actions, one that does not pass laws or policies only to be shelved in our office cabins.”

Among the changes that followed last year’s conference were:

Very impressive, indeed, but as I glanced down at the New Times on the table, I saw a story about the arrest of its editor-in-chief and speculation that the arrest was probably related to a series of stories the newspaper had been running. The stories had prompted a parliamentary investigation.

Not a word was said about the arrest at the conference. The editor’s release after a night in police custody was reported in the newspaper the next day. What was raised was the arrest of two journalists “for crimes unrelated to their journalism”, which Reporters without Borders had reported as harassment of journalists.

The executive director of the Media Council of Tanzania, Kajubi Mukajanga, and I spoke about our respective countries’ experiences of self-regulation. In both countries self-regulation was a response to threats of statutory regulation. In South Africa it started in 1962 in response to the National Party’s threats. I spoke about the new threats from the ANC to create a statutory media appeals tribunal.

In the discussions it soon became clear that the journalists in Rwanda have a range of reactions to the self-regulation facilitated by government. One argued that the media has been opposed to regulation by government, so it should gracefully accept the new liberation and refrain from binding itself in the new shackles of a press council, even if it was designed by the media itself. Others welcomed the government’s gesture.

It was puzzling to see the lukewarm reaction to the proposed creation of the self-regulatory mechanism — journalists around the world swear by self-regulation. It was only later that it dawned on me that the spectre of the genocide still hovered over the conference room.

Government believes that with the genocide still fresh in the Rwandan memory it would be irresponsible of it to relinquish its regulatory role to a journalists’ structure they could not trust.

The journalists, on the other hand, are daunted by the responsibilities that would come with self-regulation. What if any one of them refused to be part of the self-regulatory structure? What if some day the horror of the genocide was repeated, with journalists inciting violence? This is scary for them, and they would rather take responsibility for the sins of their own individual publications.

The heart of their dilemma seems to be a failure to separate criminal activity from ethical lapses. Government and the justice system should continue to fight crime and the self-regulatory mechanism should tackle ethical lapses.

But who am I to prescribe to people who have been through hell?