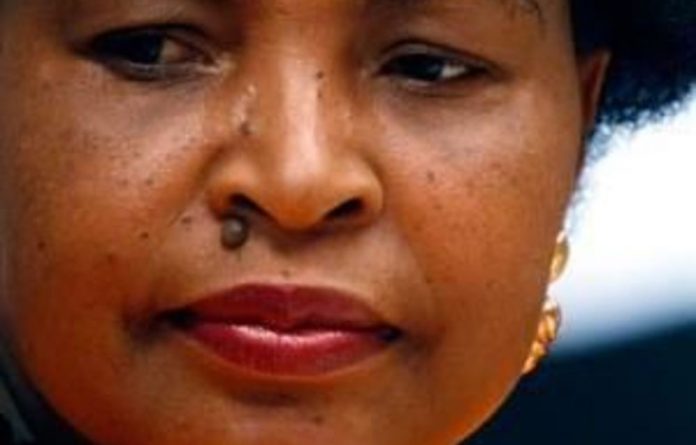 The UN climate talks in Durban have kicked off amid an atmosphere of distrust between countries at odds over carbon emission cuts, and worries that the Kyoto Protocol would “die on African soil”.

In a speech to the 194-nation forum of the Conference of the Parties 17 (COP17) on Monday morning, President Jacob Zuma pointed to a series of disasters in the country as a sign of the impact of climate change.

COP17 gets under way

The UN’s COP17 climate negotiations have begun in Durban, where UN officials, NGOs and representatives of 194 countries are working to secure a binding agreement to deal with the factors driving climate change.

“We have experienced unusual and severe flooding in coastal areas in recent times, impacting on people directly as they lose their homes, jobs and livelihoods,” he said.

“Given the urgency, governments need to strive to find solutions here in Durban. Change and solutions are always possible, and Durban must take us many steps forward towards a solution that saves tomorrow today.”

But the mood has been soured by a continuing rift over how to share out the burden of emissions curbs, while the global economic crisis casts a long shadow over the climate fund.

Mistrust proliferated among the countries involved in the COP over the past two years, when country groups negotiated behind closed door and deviated sharply from the agreements that had been made in plenary sessions.

International Relations Minister Maite Nkoana-Mashabane said delegates at the climate negotiations will have to overcome a “trust deficit” if they were to find a way forward.

Nkoana-Mashabane, who assumed the COP presidency on Monday morning said, “We’re under no illusion that this conference will be an easy process but we are optimistic [that] we will arrive at some consensus,” she said.

She said the two most pressing issues facing delegates this year would be dealing with outstanding issues carried over from the Bali Action Plan, agreed to in 2007, and with the Cancun Agreements, which were agreed last year.

Despite Nkoana-Mashabane’s call for greater trust among the negotiating parties, rumours about a lack of faith from certain developed countries have already begun to circulate. Civil society observers at the conference expressed concerns about rumours that Canada may pull out of the Kyoto Protocol.

Alden Meyer, a member of the Union of Concerned Scientists, said Canada didn’t respect the commitment to the Kyoto Protocol that its Parliament had ratified; that it had set weak emission reduction targets for 2020; and that it appeared the country now wanted to pull out of the Kyoto Protocol. “That’s not what we need to see — a race to the bottom,” he said.

‘Murdered’
Meyer said the worst possible outcome for COP17 would be that the Kyoto Protocol is “murdered on African soil”.

Tasneem Essop, a spokesperson for WWF International, said there was a risk that the Kyoto Protocol would be entirely lost this year. “That could break down the trust that we have in the multilateral process, which is the only process that is inclusive,” she said.

She warned that COP17 looked set to be one of the most unpredictable COPs in recent years, and called for greater political leadership for countries and to be prepared to compromise.

Earlier on Monday morning, Zuma officially opened the conference, about 40 minutes after the event was scheduled to start.

According to the United Nations Framework Convention on Climate Change (UNFCCC), 15 000 participants and 7 000 observers are involved in the negotiations but these numbers are expected to increase as ministers arrive next week, when the political negotiations intensify.

Zuma said the negotiations had come a long way in the last two years and added that Durban should “take us many steps forward toward a solution”. He called for a balanced, fair and credible outcome at the end of the COP.

“With sound leadership, nothing is impossible here in Durban over the next two weeks,” he said.

UNFCCC executive secretary Christiana Figueres also called on delegates to maintain a positive mind set during the negotiations and quoted former president Nelson Mandela for inspiration, saying: “It always seems impossible until it is done.”

Figueres expressed her condolences for those who died in a powerful storm that hit KwaZulu Natal last night. Six people died and many homes were flooded.

The rain also caused flooding and water damage at the Durban International Convention Centre where COP17 is being held.

She said that this kind of event reflected the type of unseasonable and abnormal events that will be seen more often as levels of greenhouse gases continue to rise.