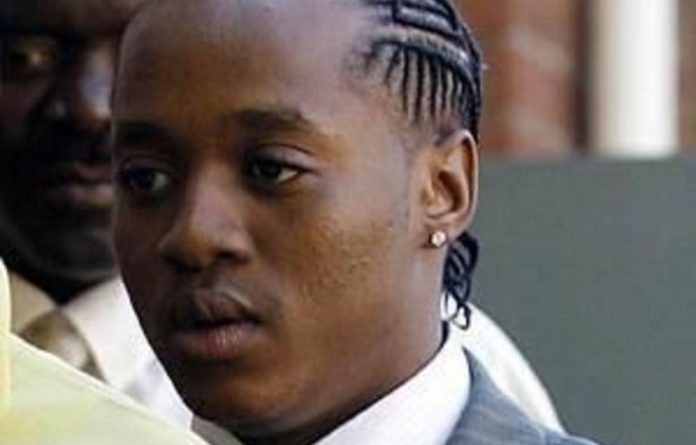 The state closed its case on Thursday in the murder trial of musician Molemo “Jub Jub” Maarohanye and co-accused Themba Tshabalala.

Defence lawyers Ike Motloung and Mlungiseleni Soviti are now expected to lead their witnesses in the Protea Magistrate’s Court.

Nemabidi said the application was “premature”.

Mahlati, who heads an out-patient pharmacy at the Chris Hani Baragwanath Hospital in Soweto, said she was approached by the investigating officer to conduct the analysis.

She identified some of the drugs found in the samples as cocaine, morphine, paracetamol, doxylamine, tobacco and caffeine.

Mahlati said she would never have dispensed the combination of drugs found in the samples because they had contradictory effects and confused the body.

She said some of the drugs aroused excitement while others had a relaxing effect.

She said she did not know how much of the drugs had been consumed based on the sample results she analysed.

Maarohanye and Tshabalala arrived in court separately and hardly said a word to each other during their appearance.

They face charges of murder, attempted murder and driving under the influence of alcohol and drugs.

They allegedly ploughed into a group of school children, killing four of them and seriously injuring two others while drag racing on March 8 2010.

The trial was postponed to Monday. — Sapa