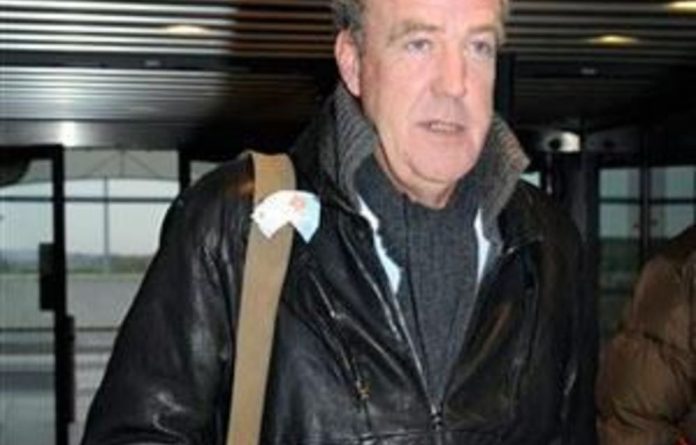 A British trade union is denouncing a low blow from the host of the popular TV show Top Gear.

Clarkson came under fire after he said strikers who had participated in Britain’s largest public sector walkout in 30 years on Wednesday should be executed “in front of their families”.

“I’d have them all shot,” Clarkson said on BBC television’s One Show on Wednesday. “I mean, how dare they go on strike when they’ve got these gilt-edged pensions that are going to be guaranteed while the rest of us have to work for a living?”

The BBC issued an apology and said it had received around 4 700 complaints about Clarkson’s remarks.

Unison, which represents more than 1-million public sector workers, said Clarkson should be fired immediately. It said it was seeking legal advice and considering referring the comments to police.

The furore even drew a response from Prime Minister David Cameron who branded the comments “silly”.

“It was obviously a silly thing to say and I am sure he didn’t mean that,” Cameron — a friend of Clarkson — told ITV television.

The BBC in the past has fielded complaints over irreverent quips by Clarkson, one of the hosts of the popular car show, which is broadcast in more than 100 countries.

Clarkson’s jokey machismo and gibes about environmentalists, cyclists and the perceived forces of political correctness are part of the show’s formula for success but have landed Top Gear in trouble before.

The BBC fielded complaints after Clarkson made a joke linking truck drivers with prostitute murders and when he described former Prime Minister Gordon Brown as a “one-eyed Scottish idiot”.

Earlier this year the BBC apologised to Mexico’s ambassador after Clarkson and his co-hosts described Mexicans as lazy and oafish. — Sapa-AP

The controversial TV host was suspended by the BBC after a "fracas" with a producer. He was already on a final warning after alleged racist comments.
Read more
World

Jimmy Savile was one of the UK's biggest stars - and, allegedly, its worst sexual predator. Now the nation asks if there was a link between the two.
Read more
Sport

A ‘symphony of British music’ to end Olympics

Spice Girls, The Who, George Michael, The Muse and Fatboy Slim are just some of the acts expected to perform at the Olympics 2012 closing ceremony.
Read more
Friday

Mick Jagger may rethink the words he sang over 45 years ago - "what a drag it is getting old" as the Rolling Stones enjoy 50 years in the industry.
Read more
National

Two Europeans who were held hostage in Nigeria by kidnappers claiming ties to al-Qaeda have been killed before rescuers could free them.
Read more
Advertising
Continue to the category
Politics