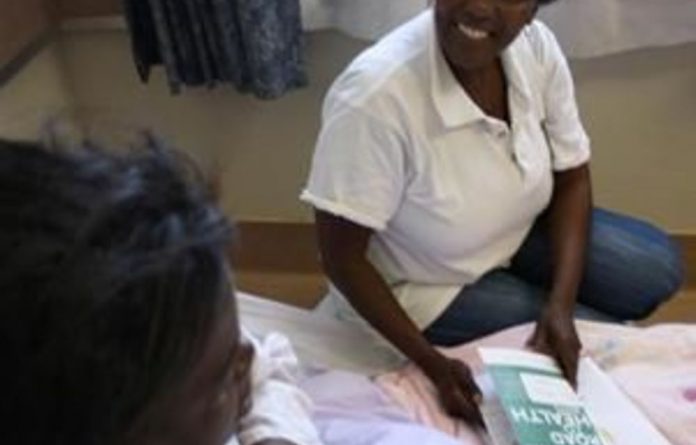 In 2006 doctors at an isolated government hospital in the former Transkei took a bold and controversial decision — they would encourage mothers giving birth at the facility to exclusively breastfeed — giving their infants nothing to eat or drink other than breast milk — for the first six months of the babies’ lives.

Earlier this year, Health Minister Aaron Motsoaledi announced a national policy along the same lines as the one Zithulele Hospital decided to follow five years ago. In the area surrounding the hospital, which is near the coast about 100 kilometres from Mthatha, one out of every four mothers is infected with HIV.

“We were fully aware of the danger that the babies of HIV-infected women could contract the virus through their mothers’ breast milk,” said Zithulele’s chief doctor, Ben Gaunt. “But this risk appeared to be far lower than the chances of their infants eventually falling ill, or dying, of malnutrition, pneumonia or diarrhoea.”

The breast milk of HIV-positive mothers contains the virus. But medical researchers have found that if infected mothers breastfeed their babies exclusively for six months and give the infants a daily dose of the anti-HIV drug Nevirapine, the risk of their children contracting the virus is reduced from about 20% to as low as 1.8%. But if the mothers continue to breastfeed after six months, the risk increases by about 1% for each additional month of breastfeeding.

“In environments where women have reliable access to electricity, clean water and money to buy formula milk, formula feeding is obviously the right way to go because it carries no risk of infection,” Gaunt said. “But around Zithulele people are extremely poor and almost no one has access to uncontaminated water. People can’t afford to buy formula for every feed. They end up mixing contaminated water with flour, or anything that makes it look like milk. This has dire consequences for their babies, who end up with acute diarrhoea and malnutrition.”

A study conducted in the area revealed that all water sources, except the hospital’s water, which is purified, were unfit for human consumption. Only about a quarter of households had access to piped water, which, according to Gaunt, was “essentially unpurified river water” brought to nearby huts through community taps.

“Our research has shown that eight out of 10 people use the forest as a toilet. Once the rain comes it washes the faeces into the river, resulting in severely contaminated water.” His team has found that only one out of five people in Zithulele boil water before they use it.

“You need time and wood or paraffin to boil water. Wood is not plentiful and paraffin costs money, which people here don’t have,” Gaunt said. “In the case of baby bottles, the water as well as the bottle need to be boiled and almost no one gets it right here — even those who are well intentioned.”

Motsoaledi implemented an exclusive breastfeeding policy in September this year, ending the six-month free formula milk supply the government provided to HIV-positive mothers. Although many in the health industry have welcomed the minister’s move, some have criticised him for denying poor women infected with the virus a “choice” and failing to support a “legitimate HIV-prevention strategy”.

They have argued that as many as 25 000 women who are too poor to afford infant formula, but who have access to clean water or the capability to sterilise water and bottles, are now forced to breastfeed and expose their babies to the risk of HIV infection. If they bottle-feed their babies there would be no infection risk at all, critics have pointed out.

But, according to Gaunt, he had to implement a policy that would ­benefit the majority of his patients, not just a few individuals — just like the minister.

“In our case, extremely few HIV-infected mothers are able to safely undertake formula feeding. For most women in our setting breastfeeding is a better option,” he said, adding: “Yes, some babies will get infected. But it’s about weighing up the risk of giving your child HIV against the risk of your baby getting sick, and possibly dying, from infectious diseases or malnutrition.”

Data from the Africa Centre in Hlabisa, KwaZulu-Natal, revealed that the death rate of bottle-fed babies was more than double that of breastfed babies. Unlike formula milk, breast milk provides babies with their mothers’ antibodies that protect them against several diseases.

Medical research, however, clearly indicates that South African mothers rarely breastfeed exclusively, making breastfeeding a dangerous practice for HIV-infected mothers who do not stick to doing it exclusively. Only one out of 10 infants in the country is solely breastfed by three months; this decreases to only 2% of six-month-old babies.

If HIV-infected mothers introduce mixed feeding before their infants are six months old — that is, if they combine breast milk with infant formula, other liquids (including water) or solids — the chance of their babies contracting HIV almost quadruples, according to the United Nations children’s fund (Unicef). Medical experts say the additional substances damage the sensitive lining of infants’ intestines, which protects them against infection.

Doctor Taryn Gaunt, who heads Zithulele’s paediatric service, said the prevention of mother-to-child transmission clinic seemed to have been successful in getting HIV-infected mothers to solely breastfeed.

Although she did not have official statistics, Gaunt said many mothers attending the clinic had told her they breastfed exclusively. Her informal research indicated that nine out of 10 mothers adhered to the policy. But Gaunt emphasised: “I obviously don’t have proof that what they say is true, but I believe they’re scared enough of HIV to breastfeed exclusively.”

According to Gaunt, the clinic has seen only three babies who were born HIV-negative becoming HIV-positive while being breastfed. None of these babies received Nevirapine — two were born before the government announced guidelines to provide the drug to babies of HIV-infected mothers, and in the case of the other infant the hospital had run out of stock of Nevirapine syrup.

But the mothers who do not attend the clinic “mostly behave very differently”, according to Ncedisa Paul, who works for the Mentor Mothers project of non-governmental organisation Philani. She visits mothers in Zithulele at home to advise them on their children’s health.

“Almost all the HIV-infected mothers that I visit mix feed because of a lack of support and the stigma attached to HIV infection,” she said. “They’re afraid to reveal they’re HIV-positive. If you have HIV and you have not disclosed it, who is going to support you with exclusive breastfeeding? It’s hard to do it on your own.”

Almost seven out of every 10 mothers that Paul deals with are teenagers who breastfeed their children intermittently. “The gogos [grannies] look after the children because the mommies are often not at home. The grandmothers don’t know the mothers are HIV-infected and when the child cries, the gogo will take whatever she can lay her hands on and feed the child.

What is she supposed to do when the mother is not there?” Paul said. Moreover, the grandmothers have their own views on how their ­grandchildren should be fed. They often believe that porridge, introduced when an infant is just three weeks old, in some cases, makes a baby stronger.

Ben Gaunt acknowledged the “grandmother factor” in the Zithulele area. “We’ve reached a point where, when we have a teenage mom, we ask for the gogo to come to the hospital before we discharge the mom. The gogos have an immense influence on how a grandchild is fed, and we realised some time ago that we needed to engage these powerful matriarchs and get them on our side. A 16-year-old girl can’t stand up to what a gogo tells her to do.”

Paul explained that formula milk was also a relatively powerful status symbol in Zithulele. “If you use it, people think you’re a big, important person in the community. But I try to explain to mothers that the R200 they use to buy a six-pack of infant formula can go a long way to buying healthy food for their families and seeds to plant vegetables,” said Paul.

“But people here still have the attitude that your neighbours will think more of you if you give your child infant formula and your child will be healthier if you ­combine breast milk with tinned milk or porridge.”

Paul talks several times a week to patients waiting at the hospital and explains the benefits of breastfeeding to them. “What seems to work best is if I take along a mother who is exclusively breastfeeding and let her show her healthy, fat baby to the people,” Paul said. “But I come up against a lot of resistance. And part of that resistance, I think, is as a result of the ways in which formula is marketed and advertised. People see all these images of fat, smiling babies on some of the formula tins and on posters in the shops. They tell me: ‘I want a strong baby like that one on the tin. For that, I definitely need formula and breast is not enough.'”