Donors turn their backs on HIV 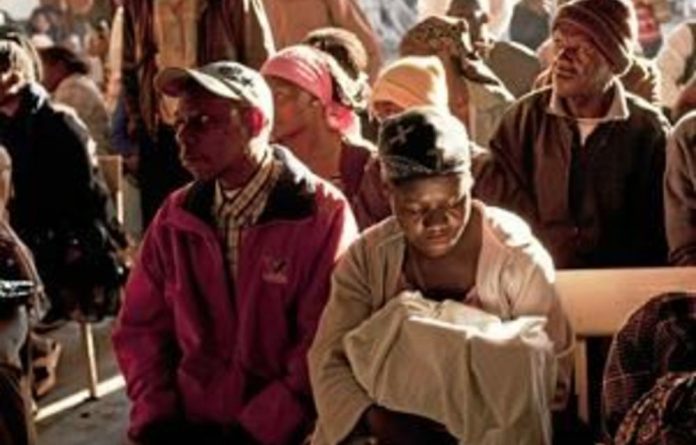 As South Africa, on the cusp of World Aids Day, celebrates its new national strategic plan for HIV/Aids, tuberculosis (TB) and sexually transmitted infections for 2012 to 2016, other countries in Southern Africa have little reason to be equally celebratory, given the massive HIV funding cuts that threaten to take the region back to where it was 10 years ago.

On November 22 those concerned with the global HIV response were shocked by an unprecedented announcement by the board of the Global Fund to Fight Aids, Tuberculosis and Malaria that the organisation does not have adequate funds for its next round of grants. Given that it is the largest multilateral funder of HIV treatment, responsible for funding 70% of life-saving antiretroviral therapies in the developing world and 85% of TB programmes in Africa, cancelling the round of grants spells disaster for the millions of people at risk of contracting or living with HIV, TB and malaria. The world already has all the tools it needs to halt and reverse the HIV epidemic, which makes it unthinkable that the fund’s donors were not able to find the $1.6-billion needed over the next three years to fund life-saving programmes.

We at Médicins sans Frontières have seen first-hand the importance of the fund in saving lives in Southern Africa and the world. Having worked in many high-burden countries for more than a decade, and in many cases being the first provider of HIV treatment, we have watched as, through the help of the fund and other funding streams, countries have been able to increase their response to provide treatment to more patients. This resulted in a situation in which being HIV-positive was no longer a death sentence but a manageable disease.

We have seen patients, families and communities revived through programmes supported by the fund since its inception in 2001, more than 7.7-million lives have been saved. And yet, given the cancellation of the new round of grants, we can now expect waiting lists and treatment rationing to take place yet again. Instead of moving forward, we run the risk of moving backwards.

Although emergency monies will be made available in lieu of the grants, they are likely to be used only to support already existing programmes. For HIV, this could mean that monies will be made available only to support those already receiving antiretroviral therapy. But there are millions of people in Southern Africa in urgent need of the therapy who are unable to access it — and they cannot afford to wait to get treatment until a new round of grants is launched in 2014.

Even before the announcement by the fund, Zimbabwe expected to experience a funding gap for up to 112 000 people already receiving antiretroviral therapy by 2014. Cameroon also faces shortfalls for people already receiving treatment. Because of funding shortages, the Democratic Republic of the Congo severely caps the number of people receiving antiretrovirals. The Central African Republic has not started new patients on antiretrovirals for an entire year and patients are discontinuing treatment across the country.

Mozambique expects a shortage of first-line antiretrovirals by 2012 and Swaziland has already had to rely on American support for its first-line medicines. How will these countries, already struggling to keep their HIV programmes afloat, be able to cope with further cuts?

The fund’s cancellation of the next round of grants was made for one reason: donors were not willing to give the money needed. Donors such as the United States, the Netherlands, Denmark, Italy, Spain and Ireland have either given less than expected, still owe the fund money or have not made pledges for 2011 to 2013, the next funding cycle. When the fund was created 10 years ago, it was envisioned to have $10-billion annually to distribute to countries battling the trio of diseases responsible for millions of deaths annually. But despite a commitment in 2007 by the fund’s board to ensure that $6-billion to $8-billion a year would be available, up from the $2-billion to $3-billion annually available at the time, the fund has experienced a steady decrease in donor support since 2008. This is in line with a global trend of increasingly reduced HIV funding: 10% less funds were available last year than in 2009. As other donors start to scale back their response, high-burden countries, such as those in Southern Africa, are more reliant than ever on the fund both to continue and to expand their programmes.

Cancelling the round of grants comes on the heels of a year that provided new scientific evidence indicating that we already have the tools we need to turn around the HIV epidemic. We now know that providing HIV treatment earlier not only saves lives but also prevents new infections. High-burden countries are the best placed to capitalise on this science: placing more people on treatment and getting them on treatment earlier can help to stem the growth of the epidemic. And African countries are doing their part to make this science a reality: between 2009 and 2010 the number of people in sub-Saharan Africa receiving antiretroviral therapy increased by 20%. The rate of new infections has dropped by 26% in the region since 1997, in part because of the improvement in access to treatment. Given the significant increase in the number of people on treatment in South Africa today, the joint United Nations Programme on HIV/Aids expects to see “substantially fewer new infections” in the future. But countries such as Malawi, Mozambique and Zimbabwe, which have all committed to ensuring earlier and better HIV treatment, simply do not have the funds to make these policies a reality.

Just as we are seeing tangible and significant gains stemming in part from a decade of antiretroviral therapy roll-out, we are seeing these gains reversed because of funding shortages. We are halfway there, with just less than 50% of those in need of therapy worldwide receiving it. Now is the time to expand, not scale back.

This year politicians also delivered strong rhetoric to turn promising new HIV science into reality. In June, UN members committed to placing 15-million people on treatment and reducing new sexually transmitted HIV infections by 50% by 2015. And just weeks ago, American secretary of state Hillary Clinton said that the world could see an “HIV-free generation” if it expanded its HIV response. But these words and commitments seem hollow when the $1.6-billion needed to support life-saving programmes through the global fund apparently cannot be found. The global community must back the science and rhetoric with money so that a new round of grants can be launched before 2014.

All of us should be shocked and appalled by the announcement to cancel this round of grants. It is not about fiscal austerity or political finagling. It is about lives saved, families saved, communities saved.

For decades now we have seen HIV decimate Southern Africa. We have the tools we need to reverse the HIV epidemic. All we need now are the funds to make this tangible vision of an HIV-free generation a reality.