‘Just do your own thing’ 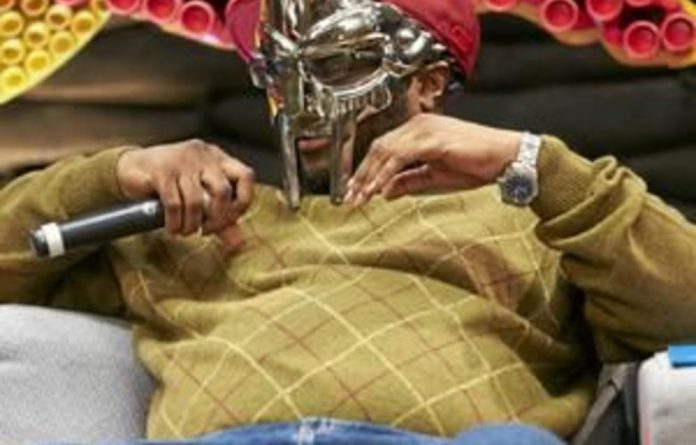 Sometimes, the crazy bastard in the room is not the obvious choice.

MF Doom is a New York hip-hop star who wears a menacing, angular metal mask. Tom Zé is a benevolent 75-year-old Brazilian associated with the Tropicália movement, and more recently with bossa nova, the genre that gave us that hardcore death-metal classic The Girl from Ipanema. You know where this is going, of course. Crazy is what you do, not who you appear to be.

During Zé’s talk at the recent Red Bull Music Academy in Madrid, he bounced around like a crazed slinky on an Escher staircase, voluble, funny and markedly insane. At one stage, he played a song consisting of lyrics randomly taken from a handy phone book. He also managed to deconstruct his guitar entirely, moving from strumming it to wearing its component parts as a dress and flouncing around.

He also fed us gems such as “Bossa nova was really overwhelming, like a girlfriend with three pussies”, and “Tropicália came from logical garbage, not international rock music”.

In contrast, MF Doom, who has collaborated on projects such as Danger Doom with Danger Mouse and Madvillian with Madlib, was restrained and almost self-effacing, despite his metal mask and the massive presence of his hype man. ­

Wearing a wilfully boring brown jersey stretched over a paunch, he couldn’t have been more of a contrast to the garishly clad, energetically slim Tom Zé.

Slaughterhouse jive
Living these contrasts, and having your expectations shaken up, are all part of the experience for the 60 participants at the academy.

Zé and Doom were just two of the invited guests in a line-up that featured some of the greatest founders and practitioners of electronic music and a few wild cards such as Erykah Badu, Nile Rodgers and Bootsy Collins. Every year since 1998, and taking in Cape Town in 2003, the academy is hosted in a different city. This year’s host city was Madrid, and the venue was the gloriously beautiful Matadero, an old slaughterhouse transformed into a centre for
the arts.

The academy chooses two groups of 30 rigorously selected participants, including vocalists, DJs, producers, instrumentalists and all-round musical geniuses and brings them together each year for two weeks of recording sessions, lectures by musical heavyweights and special live events and jam sessions.

Lecture is not really the right description for the interactions between the participants and the speakers. Called “On the Couch” sessions, they’re fairly informal and moderated by experts in the genres under discussion. Speakers included Collins and Badu.

The ones I attended included a fascinating run by DJs Spinn and Rashad through their musical inspirations. They also shared their insight into the footwork street- dance battles that take place in Chicago and offered participants pithy advice, such as, “Yeah, just do your own thing. It ain’t what you do, but how you do it.”

A cynical reader might think such platitudes are self-evident but it makes a huge difference to young musicians when artists who have proved themselves offer hard-won experience as advice.

Andrew Weatherall, who has produced or remixed the likes of Björk, My Bloody Valentine and Primal Scream, told his rapt audience: “Whenever I hear that I’m in a scene, I’m out of there.” It’s not just a hipster homily, it’s a recipe for sustaining artistic originality.

Big business feeding big ideas
The paradox, of course, is how a group of fiercely independent artists can be so entirely comfortable with creating under the umbrella of a corporate entity like Red Bull.

The answer to that probably lies in a hundred branding textbooks, but it’s intriguing how easily the brand speaks to the minds of the participants.
It’s almost as if brands are an irrelevance to the artists, in the same way that patronage was more a spur than a halter to Renaissance painters.

The abiding lesson, excluding the intensely technical tutoring provided by the lecturers, must be the one embodied by the Zé/Doom contrast. The unexpected is what makes art great, and heart is what makes music brilliant. A metal mask on your face is one way of framing your music but your heart on your sleeve is equally striking.

The rebirth of Lazi Mathebula