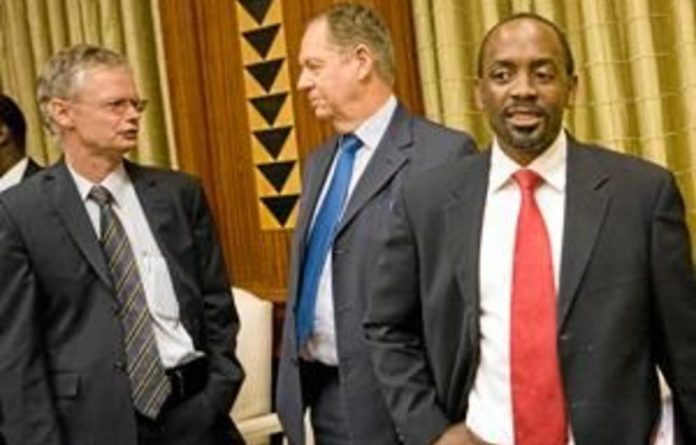 The criminal justice sector has been thrown into turmoil by the Supreme Court of Appeal’s ruling that President Jacob Zuma’s appointment of advocate Menzi Simelane as national director of public prosecutions was invalid.

The ruling, on an application by the Democratic Alliance, follows the contentious removal of Willie Hofmeyr as head of the corruption-busting Special Investigating Unit (SIU) and his replacement by former judge and perceived Zuma supporter Willem Heath. Hofmeyr remains head of the Asset Forfeiture Unit (AFU).

The Supreme Court of Appeal unanimously decided to set aside Simelane’s appointment in a judgement constitutional law expert Pierre de Vos described as “scathing”. While the state could take the matter to the Constitutional Court, the problem was what would happen to Simelane now, De Vos said.

“It’s untenable that he continues to head the National Prosecuting Authority (NPA) as his appointment has been declared invalid,” he said. “And what happens to all the decisions he’s made?”

Before judgment was handed down on Thursday morning speculation was swirling in the NPA that Hofmeyr could take over from Simelane, who would be redeployed.

Mac Maharaj, Zuma’s spokesperson, laughed when asked about the speculation. “I’m not going to comment on speculation that isn’t based on any facts,” Maharaj said.

He said that the presidency would study the Simelane judgment carefully before responding.

Simelane’s spokesperson, Mthunzi Mhaga, said Simelane would not comment and that all queries should be directed to the presidency.

Without fear or favour
Meanwhile, Heath, appointed the first head of the SIU by former president Nelson Mandela, stood firm in the face of media criticism of his close ties with Zuma, insisting he would tackle any investigation relating to the upcoming judicial inquiry into the arms deal without fear or favour.

NPA sources said he was too much of a maverick to be one of Zuma’s trusted lieutenants.

Heath confirmed that, as the inquiry would deal with public money and officials, many of the probes flowing from it would probably be sent to the SIU. “I would like to believe that the president appointed me based on my performance when I headed the SIU,” said Heath.

After talking to Justice Minister Jeff Radebe a “couple of months ago” about the possibility of taking over from Hofmeyr as head of the unit, Heath said he had heard nothing more about it until Tuesday this week.

“Minister Radebe called me to a meeting in Pretoria but wouldn’t disclose what it was about. I thought he might have called me to discuss the need for acting judges in the Constitutional Court,” Heath said. “But he told me I’d been appointed head of the SIU. President Zuma had already signed the proclamation.”

Heath said he had first spoken to Radebe when Simelane was trying to restructure the NPA last year. Simelane had tried to dismantle the successful specialised commercial crime unit and remove its head, Chris Jordaan, and was trying to do the same to the AFU. Hofmeyr kept his post only because Radebe intervened, the Mail & Guardian later revealed.

Hofmeyr was also apparently unaware of any impending change. The M&G was told he was called into Radebe’s office on Tuesday morning and informed of his removal as SIU head. The presidency made a public announcement four hours later.

Phoned at the SIU offices on Wednesday, Hofmeyr was meeting anxious staff, who are worried that complex and politically sensitive investigations could be compromised in the handover.

A workaholic by reputation, Hofmeyr is said to be keen to ensure that the unit’s leaders maintains momentum on major investigations.

Asked about his relationship with Zuma, Heath said he had been acting as an independent consultant when Zuma faced corruption charges in 2009. His research at the time concluded that the prosecution was driven by tainted evidence and that there was no case against Zuma. “It was a chopped up case with tainted evidence,” he said again this week.

‘Looking for the negative’
Heath reappeared as Radebe’s special adviser after the 2009 election, in which Zuma was elected president.

Coming to the defence of the president’s appointee, Maharaj said South Africans had a pattern of looking for the negative and appeared unwilling to accept that Heath’s appointment was purely designed to boost the fight against corruption.

“To say Willie Hofmeyr was axed is a complete misreading of the situation,” he said. “He did a good job and we’re continuing to increase the strategic strength of each unit.”

Maharaj said the running of the two units had to be separated and that Hofmeyr’s workload had been too heavy.

Both camps sought to downplay suggestions of tension over the move, insisting the two men have a good relationship.

The M&G understands from both camps that Hofmeyr and Heath have a good relationship.

Heath said that he had had two telephone conversations with Hofmeyr, and that they would discuss the handover further next week. He said he was excited by his appointment.

“It is not without trepidation because there’s huge scope to be covered,” he said. “But I’m optimistic that serious progress can be made. I don’t want to suggest that Willie Hofmeyr did not do a great job, because he did, but I’ll do things my way.”

Heath said he would not shut down his consultancy, Heath Executive Consultants, which he had set up with his sons, saying he did not want to put all his eggs in one basket.

The corruption-fraught metro is coming to grips with having a municipal manager who is on bail for graft, yet has returned to work
Read more
National

The spate of arrests for corruption continues apace in Gauteng and the Eastern Cape.
Read more
National

Phillip Truter, the former chief financial officer of the defunct mutual bank who pleaded guilty to fraud and other charges, will work with authorities on how the alleged heist took place
Read more
Advertising