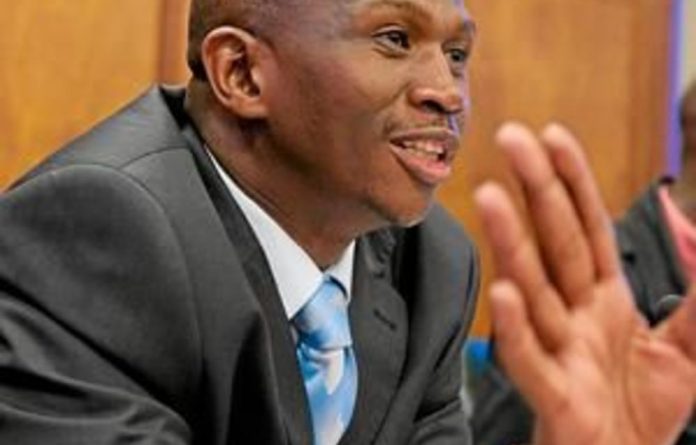 Several legislators and government officials have received gifts from Multichoice, which some in the broadcasting industry have called a conflict of interests and a bid to influence the outcome of the digital migration policy due to be gazetted by Communications Minister Dinah Pule before the end of December.

Inspection of Parliament’s register of members’ interests reveals that some members of the communications committee have received gifts from Multichoice for the past two years. The gifts were dished out during crucial processes relating to the digital migration policy and the digital terrestrial television (DTT) spectrum allocation to favour M-Net, a subsidiary of Multichoice.

Karen Willenberg, Multichoice’s official on the digital migration policy, denied that gifts such as Fifa World Cup tickets, accommodation and flights were given to influence government officials.

“Like many South African com­panies Multichoice hosted a range of stakeholders at the Fifa World Cup,” said Willenberg.

“Anyone with knowledge of the timing of various digital migration processes will know that the suggestion that there was an attempt to influence certain decisions during the Fifa World Cup cannot be true for the following reasons: the Broadcasting Digital Migration Policy had been published by the minister in 2008 and the final regulations, which allocated 40% of multiplex 2 to M-Net, had been published by [communications regulator] Icasa in February 2010 and were not open for discussion. The whole of 2010 was devoted to the debate about broadcasting standards.”

The migration from analogue to digital in the broadcasting industry has sparked a war among rival broadcasting stations over digital terrestrial television spectrum allocations and the encryption of set-top boxes.

The digital dividend has been divided into two multiplexes, with e.tv and M-Net sharing multiplex 2. The Cabinet has chosen April 2012 as the switch-on date, or the beginning of the dual illumination period, and December 2013 as the switch-off date, which will mean the death of the analogue broadcasting system.

They argue that encryption is important because it will create sustainable jobs and protect the local manufacturing industry from being flooded with Asian set-top boxes that will result in neighbouring countries watching SABC and e.tv for free.

Among those who received gifts from Multichoice are the committee’s chairperson, Eric Kholwane, and Johnny de Lange, who has since been appointed chairperson of the water and environmental affairs committee.

Kholwane received Fifa World Cup tickets, accommodation and airfares from Cape Town to Johannesburg for the opening and closing ceremonies of the games. The company also installed his decoder, gave him an iPad that he valued at R10 000, paid for his return trip from Johannesburg to Uganda to attend the CNN/Multichoice African Journalist of Year Awards.

When approached for comment about a conflict of interests related to the gifts, Kholwane said: “The gifts I got from any person or entity, I declare them in the members’ interest as per the requirement of Parliament, these ones are not exception [sic]. I am sure that you know that members are required to declare any gift received and so I did.”

De Lange was flown to the same awards ceremony in Uganda and the company paid for his flights, transport, accommodation, meals and a game of golf. Responding to questions from the Mail & Guardian about a conflict of interests, De Lange said there was nothing wrong with the trip, as he had declared it.

Deputy communications minister Stella Ndabeni received tickets to the annual Durban July from Multichoice. At the time, Ndabeni was a member of the portfolio committee on defence. She has recently held private meetings with Multichoice, but denied they had anything to do with the digital migration policy.

Said Ndabeni: “I met Multichoice representatives on oversight programmes and, at some point, sent a questionnaire for an interview that related to my studies on telecommunications policy regulation and management. My topic was broadcasting.

“This questionnaire was also sent to the department of communications, [signal distributor] Sentech, the Universal Service and Access Agency of South Africa, Icasa and the SABC,” she said.

According to the register of members’ interests, former communications minister Siphiwe Nyanda received a Nokia cellphone from Multichoice and the company also paid for his monthly DSTV subscription at his official residence to the tune of R2 331. Nyanda could not be reached for comment.

There are not often consequences for men who are reported to have sexually abused women. But maybe, just maybe things are changing for the better.
Read more
Opinion

Controversy over the set-top box, which has delayed the government’s rollout of digital television for 16 years, rages on at the Zondo commission
Read more
Sport

The SABC and MultiChoice finally reached an agreement, but the threat of future blackouts remains
Read more
Advertising
Continue to the category
National