Regional soccer in the dock 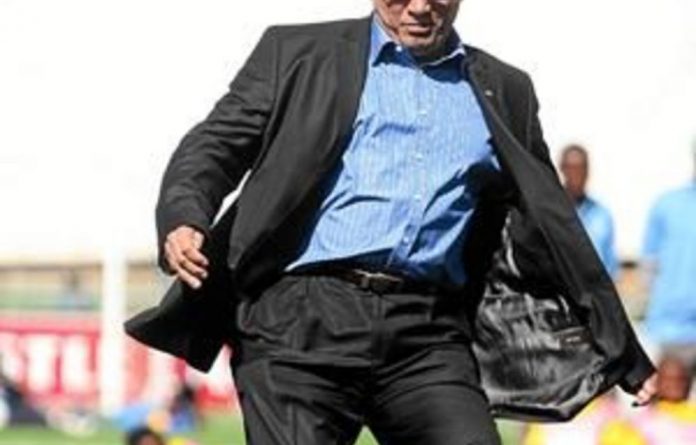 The Council of Southern African Football Associations is at a crossroads and, on the eve of elections for its president scheduled for Gaborone in Botswana on December 9, the 14 delegates representing the regional body need to do serious introspection.

The council’s chief executive, Sue Destombes, confirmed that former 2010 World Cup local organising committee head and South African Football Association vice-president Danny Jordaan was the only candidate who had thrown his hat into the ring by the time nominations closed at the end of October. He is challenging incumbent Suketu Patel of the Seychelles.

Southern Africa was once a vibrant and active region that produced five countries — South Africa, Angola, Namibia, Zambia and Mozambique — at the 1988 Africa Cup of Nations tournament. But since then competition in the region has virtually come to a standstill. A combination of factors has contributed to the apathy, but a lack of both leadership and a strong marketing arm have been cited as the main reasons. Last year the tournament was cancelled when host country Angola said it lacked financial support from its government.

Although Patel has courageously carried the torch since taking over from Ismail Bhamjee in 2006, the loss of Castle Lager as the major sponsor resulted in the tournament being shelved for 2010 and 2011 — something that has not sat well with most members.
“We are getting closer to presidential elections,” said Cuthbert Dube, president of the Zimbabwe Football Association. “It is an un-comfortable period in which, if you apportion blame, then people claim that Zimbabwe is supporting this particular candidate. But the general sorry state of the region is a result of our leadership. If something goes right, we attribute it to leadership. And when things are not going right, we equally blame the leadership. But I would say that, clearly, we need to reflect on the past few years and ask ourselves critical questions about what has gone wrong,” said Dube.

Not entirely happy
Namibia Football Association president John Muinjo said there was too much disunity in the region and a greater need for a closer, harmonious working relationship for the sake of football development in a region that was once the envy of the continent.

The declining state of football in the region is reflected by the fact that, in next year’s Africa Cup of Nations tournament, to be held in Gabon and Equatorial Guinea, the region will be represented only by Zambia, Angola and Botswana.

“We are not entirely happy about the situation in the region,” said the Angolan Football Federation vice-president for international marketing and communications, Joao Lusevikueno. “We are therefore drafting a proposal that we will ­present to the council in Gaborone.”

Asked about Angola’s choice for a new president, Lusevikueno said he would like to keep his vote a secret, even though his federation already knew who it believed should lead the region. “I think both Patel and Jordaan are strong candidates. Patel has earned respect for what he has done on the continent. And everyone knows what Jordaan has done in delivering certainly the best World Cup … on the African continent.”

Jordaan suffered an embarrassing defeat in an attempt to win a position on world football governing body Fifa’s executive committee in Khartoum in February when he was beaten by Algerian Mohamed Raouraoua in a landslide victory. But now the South African has shifted his focus and wants to work his way from the bottom up.

This week Jordaan was invited by the English Football Association for discussions and will then proceed to Zurich for the inaugural meeting of Fifa’s transparency and compliance task force, which was established by the body’s president, Sepp Blatter, in May.

“Our mandate is to screen committee members, review internal and external compliance and governance, review the role of the Fifa audit committee as well as to review the Fifa World Cup bidding process,” Jordaan said.

Healing the rift
Jordaan expressed his desire to cement his position locally and work his way up, eventually ending in Zurich. And the first step is to challenge Patel for the council presidency. “We have to heal the rift in the council first. There are a lot of divisions in our region and this was clearly illustrated by the manner in which we voted as a region during the Confederation of African Football general assembly in Khartoum this year.”

Jordaan decried the fact that the region included two of Africa’s strongest economies – Angola and South Africa – yet the council had struggled to attract sponsorship for the past five years. In his view this had contributed immensely to the drop in the standard of football in the region. But the main challenge facing the region, he said, was to ensure that Africa’s anglophone countries were properly represented in the African confederation and Fifa decision-making structures.

“The North African region is made up of five countries,” said Jordaan. “And yet the only two Fifa posts are held by an Egyptian and an Algerian. The Southern African, East and Central African and West African football associations basically make up 96% of the continental associations and yet have no representative in Fifa. That’s not right!”

South Africa has an obligation to prohibit hate speech under international law, including against LGBTI persons. But now the Constitutional Court has to decide whether the hate speech provision is constitutional
Read more
Advertising