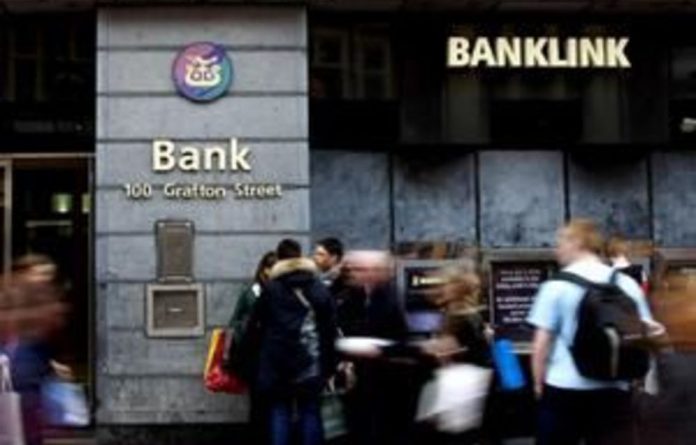 The unresolved European financial crisis may have markets reeling but it is creating an opportunity for South African investment managers to stock up on cheap assets in developed markets.

In the past few months, major South African investment managers have announced new acquisitions. In September, Investec bought Evolution Group, a British stockbroking and asset management group, for £233-million. Since then Sanlam announced its acquisition of both London-based Merchants Securities and Geneva-based Summit Trust International, a fiduciary and tax business, and last week investment management group Prescient announced its acquisition of the asset management arm of Allied Irish Banks.

Johan van der Merwe, head of Sanlam Investments, said that, although the company had had an offshore acquisition strategy since 2005, it could not find value in the overpriced markets. Businesses were either not for sale or those that were came at a high price.

“We wanted the opportunity to own our own asset managers, but the price tags were too high. But now they are phoning us up and want to talk.” Van der Merwe said that, before the financial crisis, asset managers “walked on water” and it was difficult to negotiate with specialists or to headhunt individuals because they came with hefty “golden handcuffs”. “People are more sensible now. Boutiques now realise that they need to have a big daddy behind them.”

In many cases, Sanlam has paid relatively small amounts for the businesses but has provided working capital and credibility. In this market, even the best fund managers can fail if investors are concerned about their credibility and sustainability.

Sanlam Investments started to acquire businesses at the end of 2008 and has made eight acquisitions in the United States, Europe, India, Asia and Australia. Van der Merwe was quick to point out that the money involved had been negligible, because the company’s strategy had been to buy small boutique companies with skills and a client base that allowed the team to retain a substantial management stake in the business. The group has spent a total of about $50-million on its acquisitions and $30-million on acquisitions in India, which Van der Merwe described as a “call option”.

“It is very hard to make money in India. It is a growing market but it is not well penetrated. It offers blue-sky potential, but so far this has failed to materialise. You have to make sure you don’t pay too much for the business,” said Van der Merwe.

Herman Steyn, executive chairperson of Prescient, said businesses were for sale at highly attractive prices. Prescient bought Allied Irish Banks Investment Managers when the bank was forced to sell it as part of the Irish government’s bailout agreement, which required the bank to sell all its non-core assets.

Although Prescient has not disclosed the amount it paid for the business, which has assets worth €8.5-billion under management, Steyn said that, based on income, it expected to recoup its investment in two years.

“The opportunity came when Allied Irish Banks were forced to sell non-core assets, making them a forced seller. You can now buy asset managers in Europe for between half and a quarter of what you would have paid four years ago.”

Ursula Nobrega, global head of Investec investor relations, said there had definitely been a drop in the price of quality businesses and more businesses that were not for sale were now becoming available.

“As far as Investec is concerned, we are always looking for opportunities to leverage our platforms. We have recently completed the acquisition of Rensburg Sheppards and we are awaiting finalisation of the Evolution Group acquisitions, so those are our immediate priorities during this period of renewed instability.”

Although the crisis has created buying opportunities, time will tell whether the deals were worth making. Steve Meintjies of Imara SP Reid said investors might be somewhat jaded by South African financial companies going abroad after the Old Mutual debacle, not to mention Discovery, which had its own set of issues in the US. “That said, Sanlam does have some credibility by staying out of the overseas market in the 2000s and should have the benefit of the doubt.”

Meintjies also made the point that the weaker rand would reduce the opportunity for South African investment managers to shop around for cheap assets. He said a company’s offshore track record was also important — an opinion echoed by Asheen Rabilar, an analyst at Avior Research.

“Old Mutual also went on an expansion streak and bought at the top of the cycle at expense multiples. Now that the market is depressed they are getting out,” said Rabilar.

Rabilar said Old Mutual now wanted to sell its stake in Nedbank as well as exit its US fund manager through a listing, but this was unlikely to happen in the present market. “This is a classic case of buying at the top and selling at the bottom,” he said.

Old Mutual’s decision to divest from its non-core assets is a strategy similar to that of the distressed banks across the US and Europe that, ironically, are creating the buying opportunity for local investment managers.

Sanlam, on the other hand, has followed a far more cautious approach compared with Old Mutual’s “over-ambitious international strategy”. The results are in the share price: Sanlam’s has outperformed the market, whereas Old Mutual’s has remained flat, significantly underperforming in the market.

But, Rabilar said Old Mutual, which was trading at a significant discount to its embedded value and taking steps to rectify the business, might offer better return potential.

Light at end of tunnel, but wage bill could blow the budget