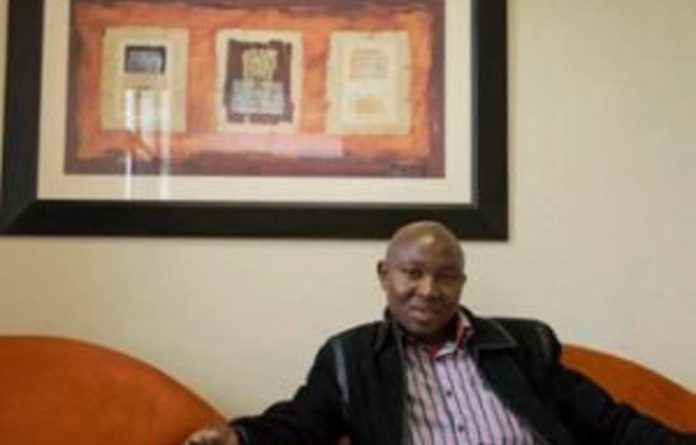 The knives are out for Thobile Ntola, the president of the South African Democratic Teachers’ Union (Sadtu), after he publicly denounced the ANC MPs’ endorsement of the Protection of State Information Bill.

Some in the alliance see Ntola’s remarks on the information Bill, which were in keeping with Cosatu’s position, as an indication that he has sided with those who oppose the re-election of Jacob Zuma as ANC ­president next year.

Ntola is closely linked to a faction within the alliance, which includes Cosatu general secretary Zwelinzima Vavi and National Union of Metalworkers of South Africa (Numsa) general secretary Irvin Jim, who are pushing for leadership and policy change in the ANC.

Some Sadtu leaders blame Ntola for coming out publicly against the information Bill, in spite of the fact that the union did not debate it at its national general council last weekend.

He said in his closing remarks that Sadtu did not support the Bill and there would be blood on the floor over it. “Our stance is clear … we’re not accepting the Bill. You can’t just [hide] information on corruption to protect leaders. There’s going to be blood on the floor,” said Ntola.

“If there’s a 99% majority that votes in favour [of the Bill] it does not mean that majority is right.”

A North West Sadtu leader who attended the NGC said that Ntola was deliberately misrepresenting Sadtu’s position on the Bill to serve the agenda of a particular faction in the alliance.

Blood on the floor
Another Sadtu leader, from Mpumalanga, said: “As Sadtu, we didn’t declare anything on that Bill, but he’s saying teachers’ blood will be on the floor. Whose position is that?”

Ntola was pushing the agenda of “the Vavis and the Jims, using Sadtu”, the leader said.

A member of Sadtu’s national executive committee said Ntola would be challenged at the next NEC meeting to explain why he had put across his position on the Bill as though it had the support of the NGC.

Ntola said he was not aware of moves to pass a motion of no confidence in him.

“There’s nothing like a motion of no confidence in Sadtu. Even when we had serious problems in the past, we never resorted to that,” he said.

“Anyway, the NEC is just a structure under the NGC. If this [passing of the motion of no confidence] was not done at the NGC, which is a higher structure in the union, it will never happen.”

Ntola also dismissed claims that he was pushing for leadership change in the ANC.

“Our job is to defend the Polokwane resolutions. Ensuring the stability of the organisation is critical. Our approach is to look at policies rather than leadership. We will enter the succession debate when the right time comes,” said Ntola, who last year lambasted Zuma and his leadership collective for failing to deliver services to the poor.

He said he was not worried about those who criticised his stance on the information Bill, as it was in line with Cosatu’s position.

“We [Cosatu and Sadtu] can’t be contradictory. What I said is the policy of Cosatu.”